Pittsburgh’s Playing in the Band 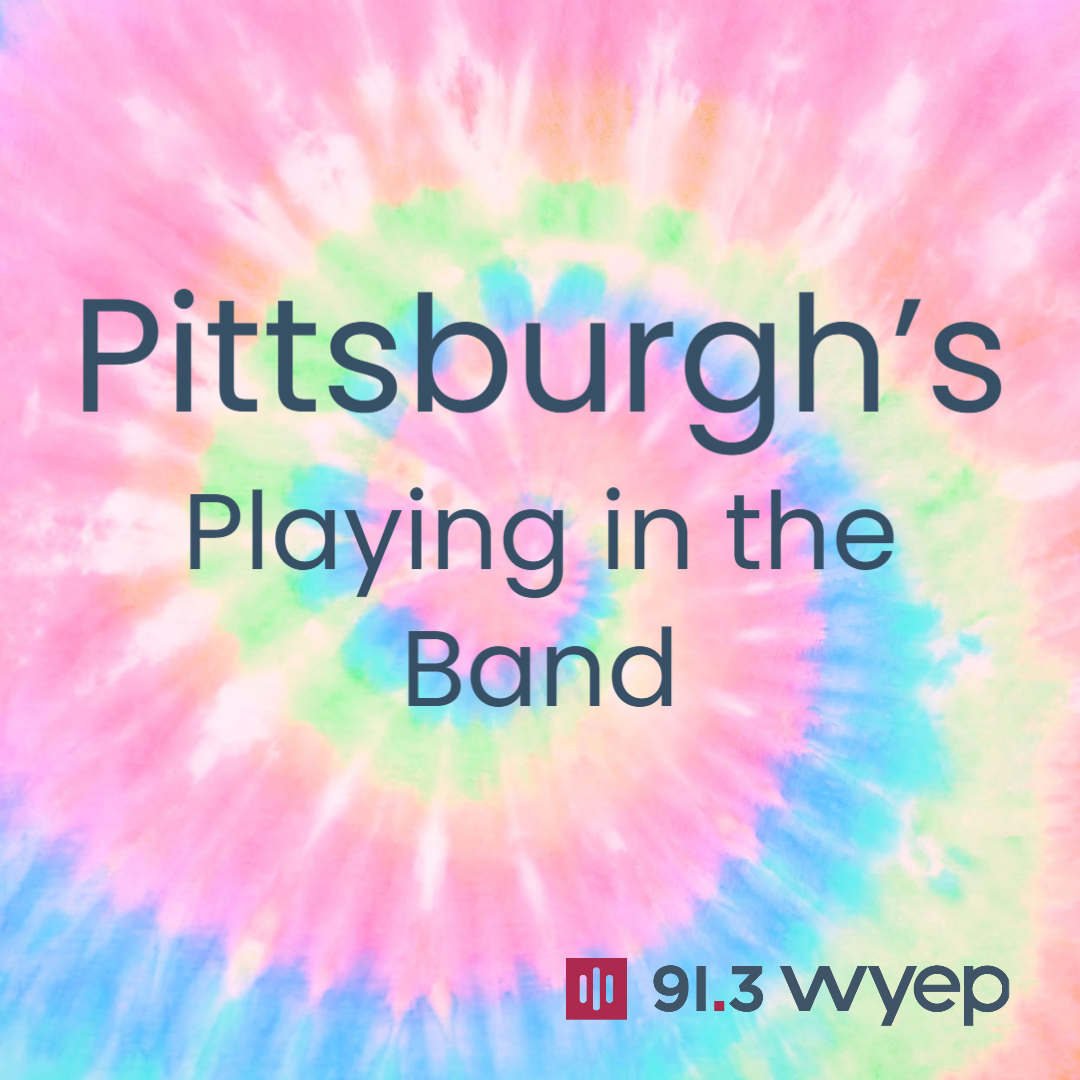 August 1st marks the 80th anniversary of Jerry Garcia’s birth. Jerry Garcia was many things, most of all, a lover of music. As the Grateful Dead’s de facto leader, Jerry helped to expand the depths of human consciousness, champion the music of other great artists, and just make this planet a little sunnier through his music.

We asked members of the Pittsburgh music community to probe the depths of their consciousnesses and mark the occasion with some newly recorded covers of Grateful Dead songs (and songs the band were known to cover).

Listen below to these sweet songs and let them rock your soul.

At heart, “New Speedway Boogie” is a story. It’s the tragic story of the Altamont Free Concert that took place in December of 1969. Fewer people returned home from “Woodstock West” than came to see the shows that were marred by violence. Adam Fitz is a great storyteller that handles the details with a bite and doesn’t dominate the rap, Jack.

Bad Custer’s take on “Operator” from the beloved album American Beauty is a shuffly little number that might make you start wondering what The Kinks would sound like if Pigpen was their lead singer.

Caleb Kopta – Fire On The Mountain

Bring some water, because the fire is burning hot on this faithful rendition of the classic “Scarlet Begonias” companion. Caleb’s voice is like an aural aloe, stopping the fire from burning us up.

Cameron Warren – Fire On The Mountain

Cameron Warren imagines the Shakedown Street classic as a lounge tune that would have worked well at the Dead’s “Playboy After Dark” set. You won’t need the dosed punch to enjoy this one.

Cherry Tree – Friend of the Devil

I had to go back and check my emails when this song came through. Maybe I was florally confused and sent a message to Brandon Flowers instead of Cherry Tree. This makes me think of what the Grateful Dead would sound like if they were actually The Killers.

Addi Twigg builds intrigue while the band locks into the groove of “Shakedown Street.” This one will make you want to really poke around. My guess is you’ll like what you find.

Come hear Uncle John and his band as you’ve never heard them before! Dan Styslinger offers adventure, mystery, and a whole lotta synths on this cover of the Workingman’s Dead classic.

David Gans doesn’t live in Pittsburgh, but you can hear him on WYEP as he hosts the nationally syndicated show “The Grateful Dead Hour.” David is a great player with a warm voice

“Rubin and Cherise” is a story about a love triangle forming in Crescent City. Derrick Beattie pulls emotion from the story of Rubin, Cherise, and Ruby Claire and jams out the ending. Love hurts! The original version of this song opens up the only studio album from the Jerry Garcia Band – Cats Under The Stars.

Many Pittsburgh music fans know Ernie Francestine from The Buckle Downs, but did you know he just released an album of instrumental guitar music? His prowess on the strings is evident on this touching cover of “Bird Song.”

Andre Costello and the Cool Minors have been toiling behind the scenes, making music under their new name – Forestry Division. The band is tight as ever and Andre’s gentle, yearning voice makes it right, like a splash of red grenadine.

Fungus – It Must Have Been The Roses

Fungus have been keeping the Dead alive in Pittsburgh for decades now. They’ve shared the stage with a who’s who of psychedelic and roots musicians including JGB, Dark Star Orchestra, and Donna Jean Godcheaux. “It Must Have Been The Roses” is one of only two songs the Grateful Dead played with Robert Hunter’s lyrics and music.

The Dead learned how to write and sing harmonies after hanging out with Crosby, Stills and Nash. It was a smart move that helped American Beauty become an iconic album. James Wolff sounds like he’s lived on this brilliantly bright, yet dirty cover that hits just about every sweet spot you could ask for.

Jasperillo draw on the spirit of live Dead on this rollicking rendition of “Franklin’s Tower.” Listen to the ripping guitar playing on this and you’ll be begging them to complete the trinity with “Help On The Way” and “Slipknot!,” as well.

Joe Grushecky has been making in Pittsburgh (and around the world) for a long time. His long, strange trip now includes a ride on the rails on an out of control locomotive.

Josh Jams – Fire On The Mountain

Josh Jams has mastered the art of building songs, piece by piece, loop by exciting loop. Check out the video below to watch him make it step-by-step!

Kurt Giammattei makes the keys sing on this folked-up version of Bonnie Dobson’s tale of nuclear annihilation. He’s backed up by The Living Street here.

I don’t think I’d want to hear anyone but Jerry Garcia or Morgan Erina sing this one. “China Doll” is a devastating and that is also devastatingly beautiful. Morgan’s version will haunt you for weeks and keep you a just a little nervous from the fall.

Mystic Seers – When The Hunter Gets Captured By The Game

Derek White has a knack for making psychedelic music for the masses. This cover of a cover was written by Smokey Robinson, first performed by The Marvelettes, and appeared on Jerry Garcia’s sophomore solo album Compliments.

“Ripple” ranks quite high in the universal rankings of Grateful Dead songs I often imagine. I don’t think I’m alone in considering it iconic. Mike Berginc and company present “Ripple” in a brilliant light, full of heavenly harmonies and assertive piano.

The first-known recording of “Going Down The Road Feeling Bad” appeared in 1923 by Appalachian folk singer Henry Whitter. Roger Harvey’s version channels that vintage enegry with some first-rate pickin’.

Don’t you just love the Grateful Dead with horns?! (If you don’t know you love it quite yet, look up Etta James & Tower Of Power with the Dead on NYE 1982.) This souled-out ode to the weekend will have you honking through next week.

Vocalist Matthew Kweder takes the lead on this rollicking version of the “Loose Lucy” b-side. The Smokin’ Section band, led by guitarist Steve Seel, holds it all together with a capability that Uncle Sam could only dream of.

Ever wonder what the world would be like if Jerry Garcia was a kid in the 70s and 80s who played video games when he wasn’t playing the guitar? I didn’t either until I heard this crunched up version of “Tennessee Jed” from Strange Monsters. So. Much. Fun.

The Grateful Dead first performed “Cumberland Blues” at the Fillmore in San Francisco in November of 1969. The last time they performed it was the last time Jerry graced a stage – July 9, 1995 at Soldier Field. The Commonheart played it at a show a couple years ago in Austin.

The Living Street – Ship Of Fools

Robert Hunter tells a great story if you’re willing to figure it out. WYEP’s 2021 Pittsburgh Artists of the Year man the ship with the dexterity of a salty captain and his crew. Bassist Edward Angelo sings lead and Kurt Giammattei (Kurtosis) sits in on the keys.

The Moat Rats – That’s What Love Will Make You Do

Jerry Garcia perfomed this Little Milton tune over 200 times between 1974 and 1995 with the Jerry Garcia Band, Legion of Mary, and the Garcia/Saunders band. The Moat Rats keep the love alive with this horned-up take, sung by Karli Blotzer.

The Ohio is a new project from guitarist Danny Rectenwald. Danny’s rendering of the traditional ballad “Peggy-O” is full of drama and nuance that warrants multiple listens. Layers become apparent and spectacle is magnified.

theCAUSE have been playing the music of the Dead for a long time. Singer Jill Paone Simmons sings this one sweetly as the band explores the air all around us. Just beautiful.

Tomorrow Club is a project from Andre Costello that allows him to experiment and explore musically. It’s very much in the spirit of the Grateful Dead, then, that this version of “St. Stephen” comes to light. This one goes in and out of the garden with twitchy guitars and whole lotta psychedelic noise featuring slide work from Nathan Zoob.

Westinghouse Atom Smasher bring the darkness on this dramatic reading of “Dire Wolf.” If, like my brother, you think the Dead play this one “too bright,” get lost in this spacious psychedelic folk from Westinghouse Atom Smasher. Singer Joe Kukula’s performance will make you feel every ounce of the dire wolf’s 600 pounds of sin.

Nathan Zoob moved away from Pittsburgh last year to go to guitar college. It worked. Zoob was brilliant when he left, but now that brilliance is heightened. Zoob makes us wonder what Jerry might sound like if he got a time machine and some Sufjan Stevens records.

If you need even more Dead in your life, enjoy this playist from Morning Mix host and “Wake The Dead” curator, Joey Spehar. No shuffle!