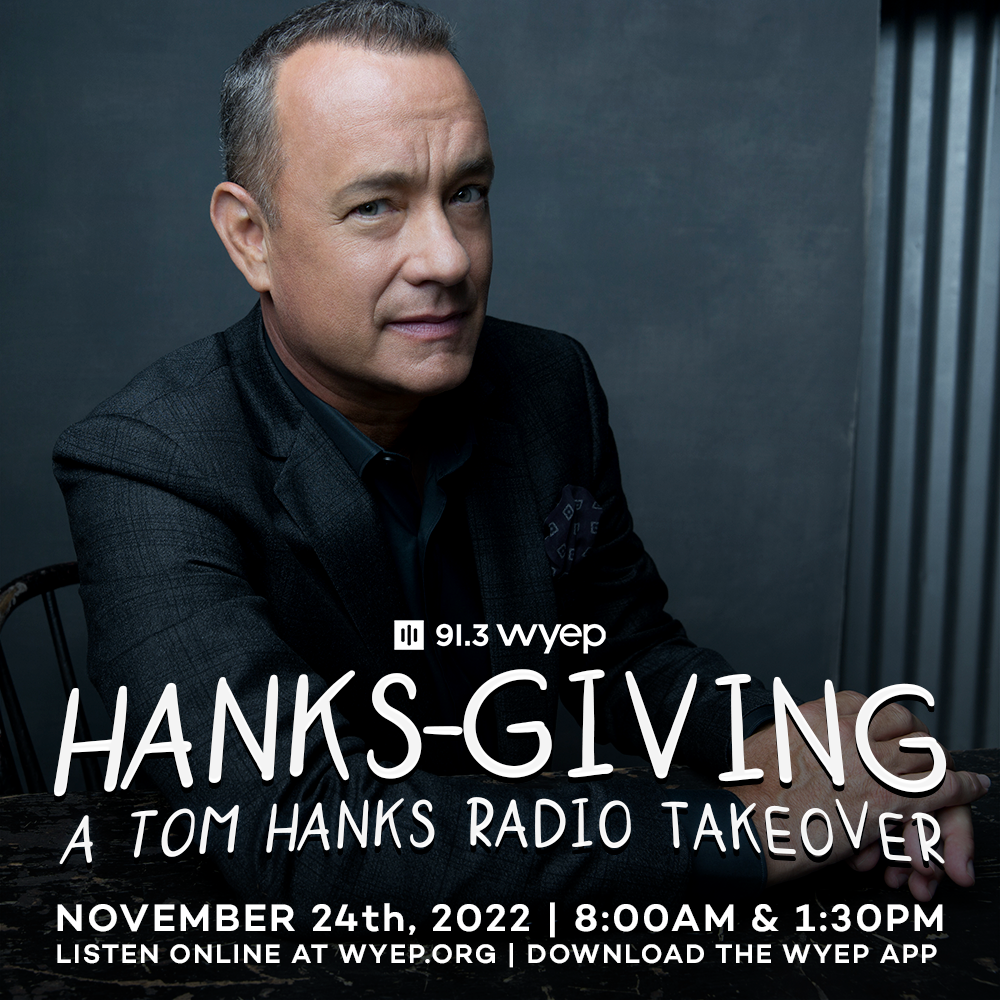 Tom Hanks is making it another beautiful day in our neighborhood by programming the music played on WYEP on Thanksgiving Day!

Academy Award-winning actor Tom Hanks is taking over 91.3 WYEP on November 24th for a special “Hanks Giving” day of music. All of the music on Thanksgiving Day from 8 a.m. to 7 p.m. will be songs hand-picked by Tom Hanks exclusively for WYEP’s listeners.

Hanks is not only a beloved star of cinema, but he’s also a music fan with a far-ranging knowledge and appreciation of early- and mid-1960s rock ‘n’ roll—and the wealth of music that has been informed by those formative sounds of surf rock, R&B, and vocal pop that typified the era. His directorial debut, 1996’s That Thing You Do!, was an exuberant ode to that music and those musicians.

Between Hanks’ latest movie—the forthcoming A Man Called Otto which was filmed and set here in Pittsburgh—and his portrayal of Pittsburgh icon Mr. Rogers in 2019’s A Beautiful Day in the Neighborhood, he can by now be called an honorary Pittsburgher. A connection between WYEP and the new film’s production crew led to Hanks providing a song list for us to share exclusively with WYEP listeners for Thanksgiving.

Hanks provided WYEP with an eclectic and very fun list of 100 songs for the station takeover, with a 66-year timespan—ranging between music from 1956 all the way to a duet released a few months ago between Elvis Costello and Hanks’ wife Rita Wilson.

WYEP’s “Hanks-Giving” will air on Thanksgiving Day from 8 a.m. through 7 p.m.  Additionally, the 7 a.m. to 8 a.m. and 7 p.m. to 8 p.m. hours will feature music curated by WYEP on-air hosts taken from soundtracks of movies featuring Tom Hanks.

Made Possible With Support From: