“I’m the type of guy that will make a whole project and really just toss it away,” says TyDanzuso.

For someone who doesn’t make music, that could seem like a preposterous statement, but when you consider just how much music Troy Hill native TyDanzuso makes on a daily basis, it begins to make a lot more sense.

“I definitely force myself to try to create every single day, but I definitely have those days where it just isn’t clicking,” he admits, “and it doesn’t feel like it’s anything.”

That’s where the tossing begins.

“If there’s no feeling there and it’s one of those days where I forced myself to make music and I can tell and it’s not hitting me emotionally any type of way,” he explains, “I ditch it.” On the other hand, when it’s good, it’s really good. “I definitely have those moments where it doesn’t feel like you’re working even because it’s so fun and natural. It’s definitely a magical thing. I love that.”

TyDanzuso is a well-rounded musician and producer who got his start young, picking up the guitar in third grade, though the traditional teacher/student route didn’t really work for him.

“I guess it isn’t teaching yourself because you kind of have infinite teachers. You learn from everyone. I look at it that way. Every single person has a piece of knowledge that the other person doesn’t have,” he says, “so I just put it all together.”

That collaborative spirit carries on strongly with Ty and the music he makes today.

“I think a big part of motivation behind my own music is being around other musicians, collaborating with other musicians,” he says. “Those are like, to me, learning opportunities so I just act like a sponge and whenever someone’s in my studio recording their music, I can be whatever they need.”

“Energy” is a song that grew out of one of those collaborative sessions and it tips the hat, lyrically, to everyone that has helped TyDanzuso get to this point. “It’s all about that fuse that gets lit when you’re around people that are super inspiring that follow their dream. For me,” he says, “it’s so contagious.”

Find more from TyDanzuso on Bandcamp. 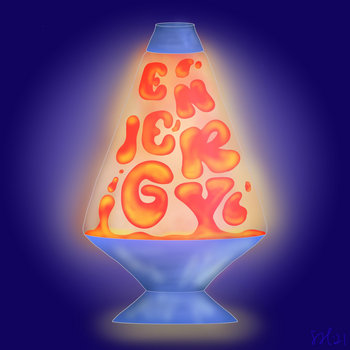