Celtic punks Bastard Bearded Irishmen – a group very closely associated with a different, yet no less epic holiday just made a record for Christmas.

The band has been around for 14 years now. It was created in memory of a dear friend, who passed away. We were initially only going to play one benefit show. Which shows a silly name, and one show led to another. It ended up being so much fun and we got so much positive feedback, here we are 14 years later.

According to my daughter, who is sitting next to me, listening to me, read this… LOUD! Haha.
We are primarily a melding of traditional Celtic and punk rock music. That seems to be our main trunk. But we branch away and pretty much do whatever we want from Reggae, to Bluegrass.

What inspired you to make a Christmas album?

Well, we played The X’s Christmas party for years in the past and every year we did a different song. So we thought, why not throw all these down? It was a very fun process, and we are very proud of the results.

What is your favorite holiday memory or tradition?

Due to sponsorships, I am legally obligated to say St. Patrick’s Day! Ha ha. Actually, it’s now taking the time to film this EP with the band and the making of our new “Must Be Santa” video which is live on all of our socials.

Danny Rectenwald, crooked cobras. There are so many talented artists and bands in this city. They deserve so much more recognition. Support your local music! Get out and see these people!

We claim to be able to drink more in one sitting than anyone else! Ha ha. Honestly, we just do this for the fun of it. We’ve been incredibly lucky and fortunate. We have amazing Fanbase that we are so thankful for. We’ve been able to travel the country and internationally. We’ve met so many awesome artists over the years. it’s been an amazing journey, and we hope it lasts for years to come. 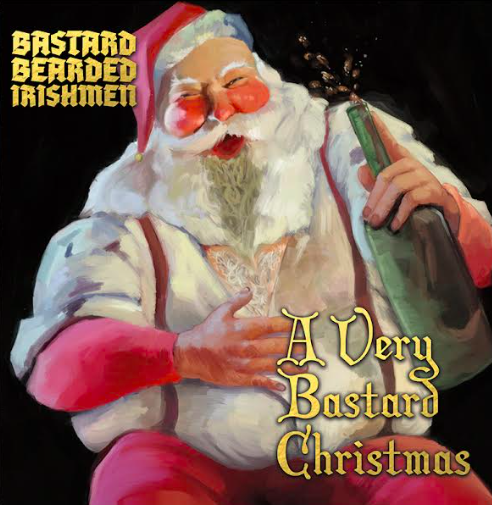