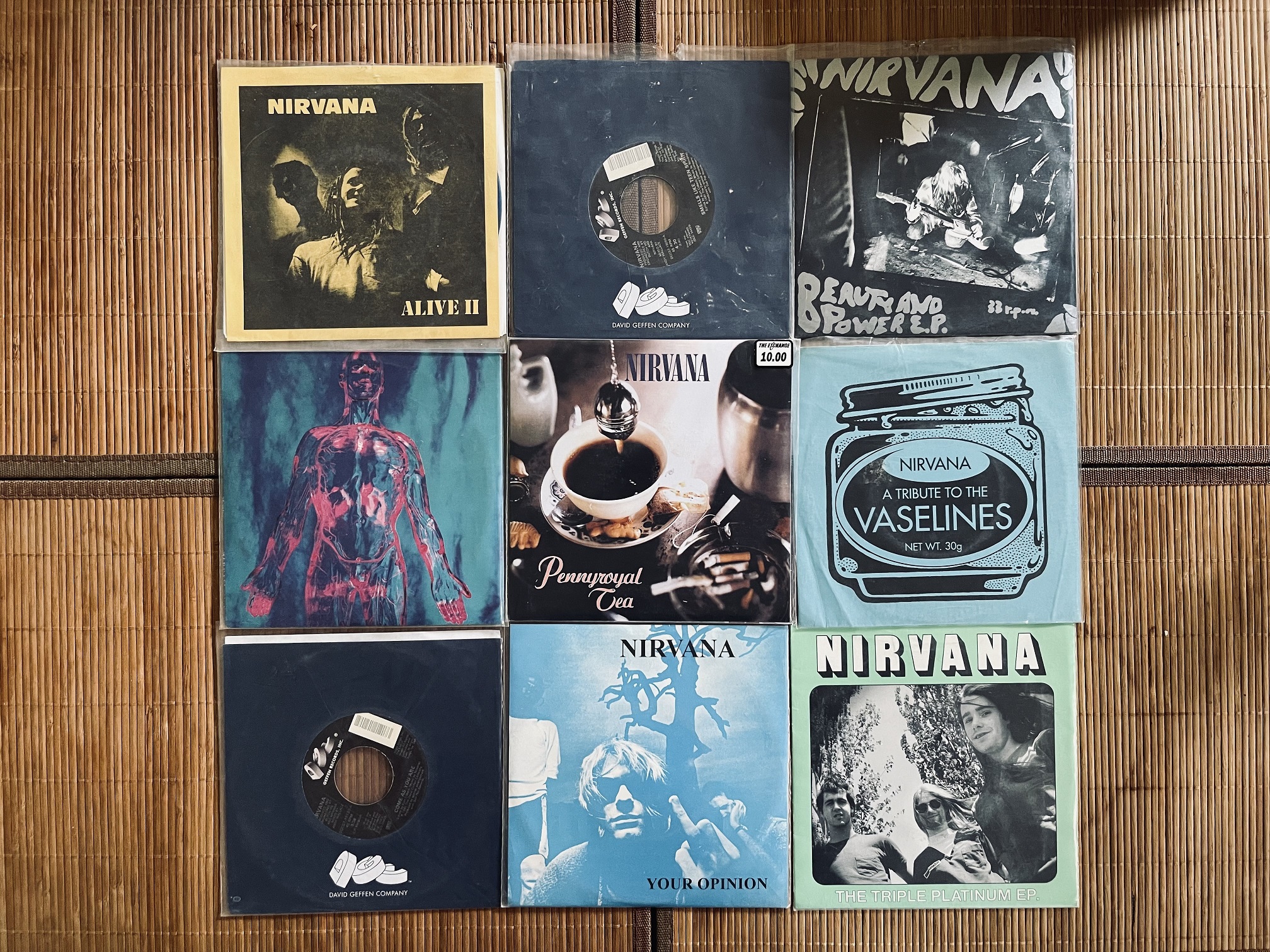 Nirvana has been my favorite band since I was a little kid. I grew up in a family business so I always had a job and a little bit of spending money and in the summer, my brother and I would hop on the bus and head downtown to hit up stores like National Record Mart, Hari’s Krishna, and Eide’s Entertainment looking for cool stuff to blow our money on. I’ve lost a few good ones through the years, but here’s a look at some of my favorite, off-the-wall Nirvana things to listen to.