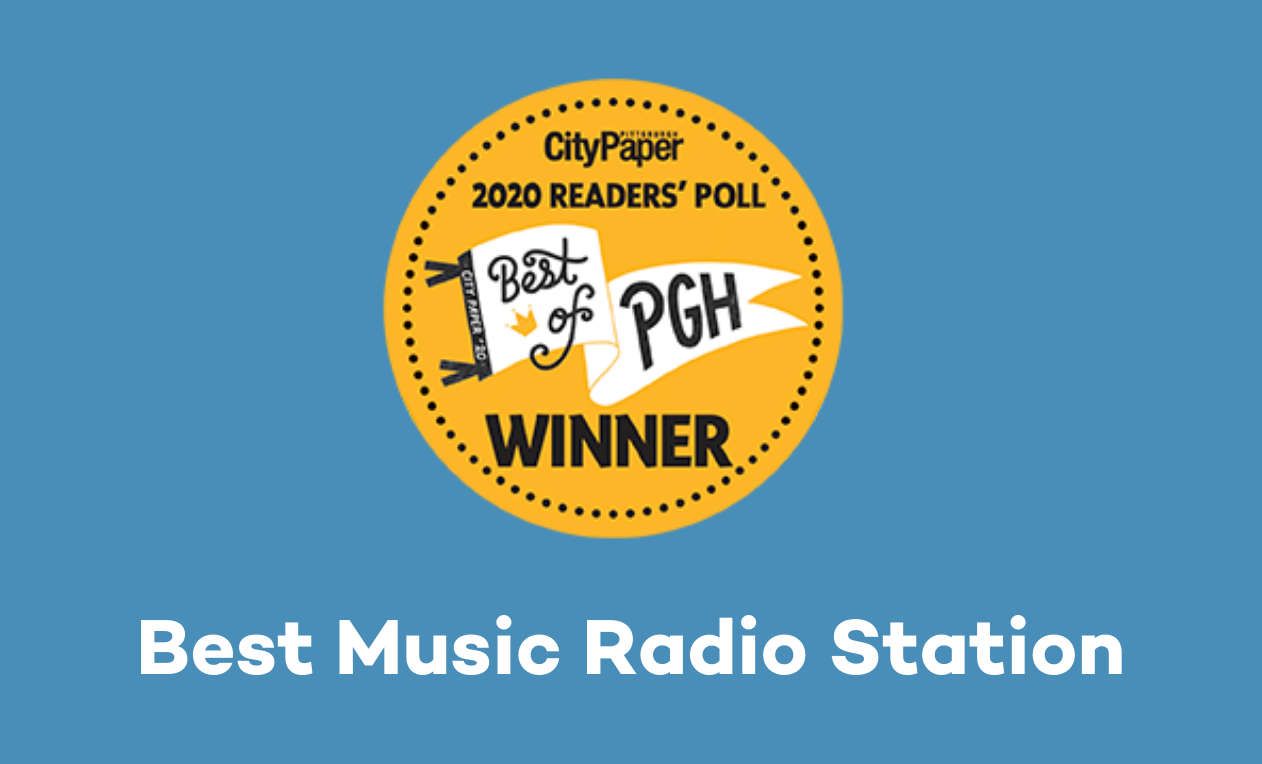 “It’s so great to get this recognition from the people of Pittsburgh, since WYEP’s on-air hosts and our programming team always work hard to give music fans a thoughtful, informative, and fun experience,” said WYEP Station Manager Mike Sauter. “We have heard often from our listeners how much WYEP has meant to them during this extremely challenging and difficult year, and being named the best music radio station in Pittsburgh is an exciting and frankly emotional affirmation of our efforts on behalf of musicians and music lovers.”

Participation in this year’s poll was at an all-time high. Nearly 600,000 votes were cast, three times the number of votes from 2019.

The community-supported, AAA format radio station celebrated its 45th anniversary in 2019. Under new management from Sauter, over the past year WYEP engaged the community through new programs, features and events, including We Got The Beat, Slacker Rewind, Remembering The Civic Arena and The Hellbender Ball.

“For approaching a half-century WYEP has been a cultural treasure for Western Pennsylvania.  Today, more listeners than ever turn to 91.3 WYEP for great music from artists they know, and from new artists starting to make their mark. Joey, Kyle, Rosemary, Liz and the entire team share their personal playlists every day – it’s always fresh, and there’s always something new,” Terry O’Reilly, president and CEO of Pittsburgh Community Broadcasting Corporation said.

Additionally, 91.3 WYEP is debuting a re-designed website and logo today at WYEP.org. The station engaged Pittsburgh-based digital marketing agency Carney to embrace a more robust digital presence, including virtual events such as Drive Time and the 2020 Singer-Songwriter Competition.

91.3 WYEP is Pittsburgh’s source for Adult Alternative Music, and for musical discovery. Since 1974 we have been a treasured cultural resource for all of Western Pennsylvania. 91.3 WYEP—Where the Music Matters.