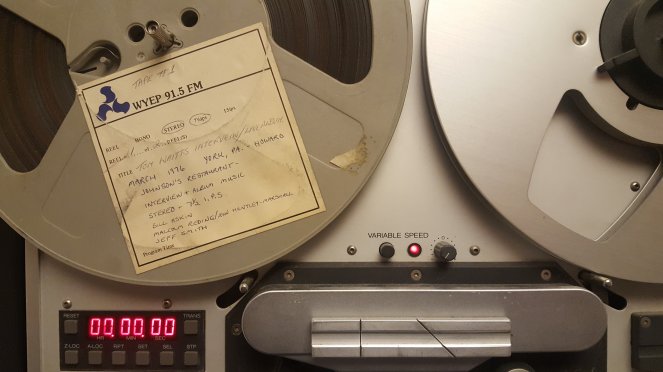 Listen to the full show:

In 1976, WYEP co-founder Jeff Smith, as well as then-DJs Mal Reding and Bill Askin, met up with Tom Waits at a Howard Johnson’s restaurant in York, Pa. Their interview took place during the promo tour for Waits’ third album, Nighthawks at the Diner, on the heels of a concert at the University of Pittsburgh.

The concerts took place March 12 & 13, 1976 with poet Charles Bukowski as the opening act. About three months after this interview, Waits would begin to record his next album, which he eventually named Small Change.

Waits begins the WYEP interview talking about these concerts and the influence Bukowski has had on his career.

The interview continues on to topics like Waits’ writing process, touring with Frank Zappa, performing live and Waits’ own inspirations and influences.

Tom Waits’ love of wordplay and sense of humor are prominent in this interview, as are the sounds of a 24-hour restaurant; coffee is poured and sipped, cigarettes are lit and smoked and other late-night revelry can be heard in the background.