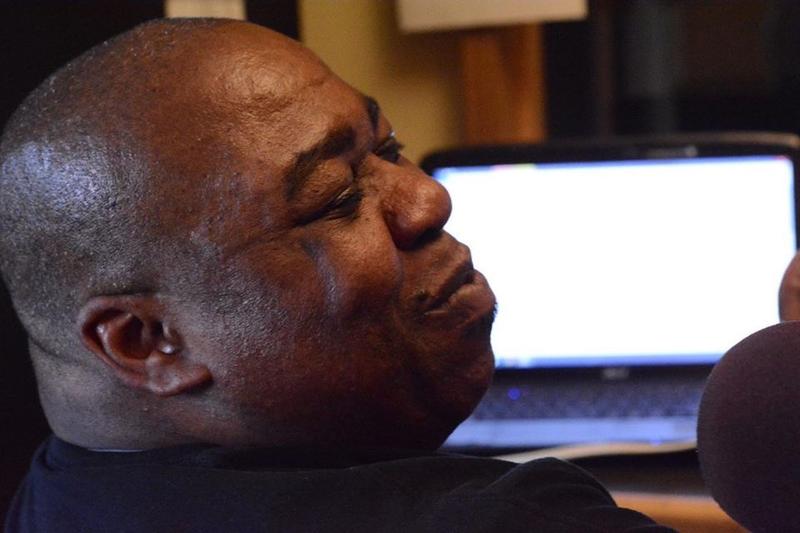 On WYEP’s 40th anniversary in 2014, hosts and DJs from the station’s history came on air to play setlists and reminisce. Among them was Stephen Chatman, 14-year host and co-founder of The Soul Show, calling in from his home in Phoenix, Arizona. He described one of his favorite radio moments: meeting a man in his new home city who used to listen to his show in Pittsburgh.

“He said, ‘Oh my god! I’m one of your biggest fans!’” Chatman recalled in the 2014 on-air interview. “I said, ‘what are you talking about?’ He said ‘I moved out here a couple of years ago and the thing I missed the most was WYEP, and I just heard your voice – you’re Steph Chatman!’ And I was like, blown away. I’m all the way in Phoenix. And I said, ‘you’re not my fan, you’re just a friend, that took all these years to meet.’ And that’s how I felt about people who listened to the show. They weren’t fans, they were just friends. We lived together for 14 years, I was in their homes, helping them clean, and helping them party.”

According to his Facebook posts, Chatman was misdiagnosed with the flu in mid-March, and then announced he had tested positive for COVID-19 on March 21.

“I’ve had lots of time to reminisce [and] think of all the things in the people that I love as I’ve been getting treated. …I’ve lived a great life, I’ve got great friends and [a] super family.” he wrote.

Chatman, with colleague Don Patterson, pitched the idea of The Soul Show to WYEP and hosted the first show in June 1995. He wanted to hear music that wasn’t being played on other commercial stations – more R&B, both classic and modern. “Up for The Down Stroke,” by the funk band Parliament, was the first song that he played as host.

“I think he was looking to bring back the music he grew up with and what his audience grew up with, music from the ’80s, ’90s,” said Rosemary Welsch, afternoon mix host and senior producer at WYEP. “He played upbeat music, party music. He thought, if you’re going to be home or running errands, he would provide you with the soundtrack.”

Welsch said that Chatman added a unique perspective to his show by providing the history and context to each song.

“He knew the music inside and out and could put it into context,” Welsch said. “He would describe it by saying ‘this is what I was doing when it came out’, and people would say, ‘oh yeah, I remember that summer’ and things like that. He made it personal for him and other people.”

Chatman enjoyed staying involved in his community. In an on-air interview, he said one of his favorite parts of his job as host was taking part in the live shows, often at the Pittsburgh Zoo, where he could meet people face to face. Welsch remembers him as a friendly face, and someone who was able to move across racial communities in Pittsburgh.

“His approach was, how do I make people feel good, what will make them happy,” Welsch said. “Pittsburgh tends to be segregated, culturally. He was a black Pittsburgher, he grew up here, and for a lot of people, [The Soul Show] could share with people a different side of the city. For a lot of people, that was the connection to the black community …He brought everyone together.”

After his time as host, Chatman moved to Erie, Pennsylvania in 2009, where he supervised the local Weed and Seed program, a state-funded crime prevention and neighborhood revitalization initiative. His impact on the Pittsburgh music community remained long after he left, Welsch said, because of his ability to tell stories and introduce people to new styles of music.

“No matter what he was talking about, he always laughed. Not that he dismissed it, he just found the humor in the mundane, in the difficulty. I will always think of his laugh,” Welsch said. “People looked forward to Saturdays because of him. …We could have played the same music without him and it would’ve lost its appeal. He was a companion.”

A tribute show will be played on The Soul Show in his honor this Saturday, April 4th, from 2 to 5 pm.