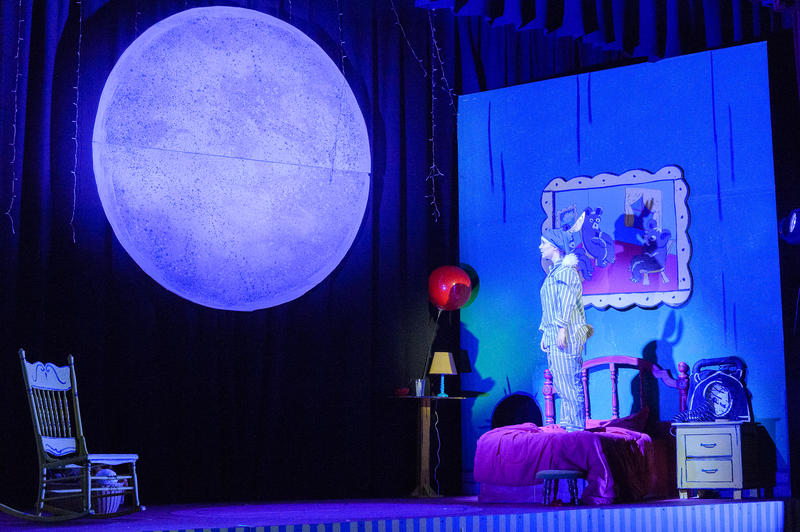 Small and mid-sized arts nonprofits in Pittsburgh are among the hundreds of groups who said they are still hurting because an online ticketing service has failed to pay them money they are owed.

The service, Brown Paper Tickets – based in Seattle, is popular because of its low fees and 24-hour customer service. It calls itself “the fair-trade ticketing company.” But local groups said the company still owes them up to several thousand dollars each in ticket revenue dating to early this year, and owes patrons for refunds for events canceled or postponed by the coronavirus pandemic.

The shortfalls can be significant for groups the pandemic has already deprived of most or all of their earned income. Theater company Stage 62 in Carnegie first learned of the problem in early March, when board president Seth Laidlaw went to cash the checks Brown Paper sent representing ticket sales from its six performances of “Goodnight Moon,” a musical adaptation of the classic children’s book.

Beth Corning said her dance-theater troupe, Corningworks, is also owed about $8,000, for pre-sales for “The Tipping Point,” a show scheduled for March, just as the pandemic hit. After the show was postponed, Corning asked patrons to keep their tickets rather than seek refunds, to help fund the troupe as it worked to remount the show. But six months later, Brown Paper Tickets has yet to pay out the funds.

“It’s my salary,” she said. “I don’t get paid for my year’s worth of work on doing that show.”

The problem is national — even international, given that Brown Paper does business in Canada and the United Kingdom. For its part, Brown Paper said in a statement emailed this week that it is working to fix the problem. It said it has paid more than $1.5 million to ticket buyers and event organizers since April, and that it is issuing refunds and payments daily.

Hundreds of clients, from music promoters to organizers of wine festivals, have complained. In the U.S., the Better Business Bureau has fielded 360 complaints about Brown Paper in the past year. And about 500 parties have complained to Washington State’s Attorney General.

The AG’s office says it’s gotten refunds for quote “many complainants,” for sums ranging from $50 to $40,000. However, these are informal complaint processes: Officials simply ask Brown Paper to pay what it owes, and most complainants have yet to receive such payments.

The Washington AG would neither confirm nor deny whether it is pursuing formal consumer-protection investigations or litigation. The Pennsylvania AG, which has also fielded complaints, declined to comment for this story.

Brown Paper has also aggravated its clients with a seeming lack of transparency over its troubles. Early this year, when the pandemic struck, Brown Paper posted a statement on its website apologizing for its missed payments. It blamed a “catastrophic failure of our automated systems.” And it said, “We are working hard to make it right.”

But the company and its president, William Scott Jordan – who founded Brown Paper Tickets in 1998 – have proved difficult to reach for customers, government officials and the media.

“But as the weeks wore on they just stopped communicating altogether,” she said. “They stopped replying to emails, and then they cut off access to phone calls as well.”

Throughout the controversy, the company has continued operating; its website still lists upcoming events.

However, Brown Paper is now also contending with a pair of lawsuits. Both were filed in King County, Washington state, where the firm is based.

One is a class-action suit by two ticket-buyers on behalf of all customers who didn’t get refunds from the company. The other suit was brought by 16 event producers from around the U.S. who claim Brown Paper failed to pay them as well. They want Brown Paper’s assets put in receivership until everyone is repaid.

For most groups, though, there’s nothing to do but see what happens, says Stage 62’s Seth Laidlaw.

“We’re sort of in a waiting game, in a limbo right now,” he said.

Other groups are moving forward as best they can during a pandemic that limits indoor gatherings. The Carnegie Music Hall, in Carnegie, plans an outdoor concert in October.

“We don’t have a ticketing service right now, so I will take that up. I don’t have too much else going on right now,” she said. “I’ll take reservation by phone.”