In Pittsburgh, A Lost Tape Of Lou Reed Recordings Is Found 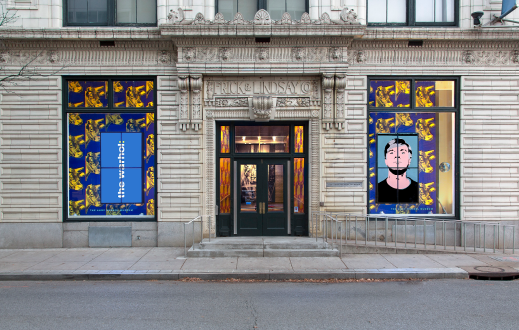 In late October, the New York Times announced the discovery of what some are calling a long-lost Lou Reed album.

Discovered by Judith Peraino, a musicologist at Cornell University, the audio cassette’s B-side features 12 previously unheard songs recorded by Reed in late 1975. The cassette was found right here in Pittsburgh, among the 3,500 audio tapes from Andy Warhol’s collection that is now housed in the Andy Warhol Museum’s archive.

Peraino was in Pittsburgh doing research for a book about Warhol in the ‘70s. Most of the tapes in the Warhol archive still haven’t been listened to, so the inventory list of the audio cassettes only documents what’s physically written on the tapes. Peraino says she selected the tape by going off of its title: “Philosophy Songs from A to B and Back Again.”

The tape shares the same title with Warhol’s 1975 book of thoughts on a variety of topics. Periano did extensive research and discovered that the handwriting in black ink on that cassette was indeed Reed’s and began to form some conclusions about it.

“This is a document of Lou Reed and Andy Warhol trying to collaborate and the complicated emotions that arose during the process of talking about a collaboration over the course of at least one year,” she said.

But what exactly were Reed and Warhol attempting to collaborate on?

Andy Warhol is credited as the producer of Reed’s band, The Velvet Underground’s 1967 debut album.  Warhol even designed the album’s now-iconic yellow banana cover art. Although it is the only album of the band’s that Warhol was affiliated with, Reed and Warhol remained part of each other’s New York social circles. Eventually Reed left The Velvet Underground in 1970 to go solo. In the summer of 1975, Reed released his fifth album “Metal Machine Music,” an album that is basically more than an hour’s worth of guitar feedback.

Critics called it a “career killer” for Reed. Later that year, Reed released a much more commercially viable record, called “Coney Island Baby.” According to Periano’s research, Reed recorded the cassette of “The Philosophy Songs” around the same time, and probably presented the cassette to Warhol with a signed copy of his latest album.

Anthony DeCurtis, a contributing editor for Rolling Stone, and the author of the 2017 biography, “Lou Reed: A Life,” says he think Reed was looking for something new to do at that time.

“Working with Warhol again was something that I think Lou would consider,” DeCurtis said. “He would, you know, I think work through the ambivalence of his feelings about Andy if he thought that there was something … interesting or compelling in some way that they might do together.”

Reed’s feelings about Warhol were complicated.

“He admired Warhol’s ability to manipulate the media, for example,” DeCurtis said. “But, you know, he did see Warhol as vapid in a way, and [Lou Reed] was always striving for kind of seriousness and level of intellectual.”

DeCurtis says Reed was dismissive of Warhol’s “strategic naïveté,” and generally divided about him.

Periano’s theory about the tape is that Reed had recorded it as a series of sketches or ideas based around Warhol’s “Philosophy” book, as the two had been in conversation about developing a musical theater production.  She writes in her article for the Fall edition of “The Journal of Musicology,” “These ‘Philosophy Songs’ do not celebrate Warhol’s book; on the contrary, each song mocks and condemns the book’s and Warhol’s vacuity — sometimes viciously so.”

Periano explained the tape’s feel as “emotionally complicated,” though the songs are a bit repetitive. Still, she has a soft spot for them.

“I certainly became kind of fond of them over the years,” she said. “They certainly got into my head as ear worms. So, that all served me very well for this article.”

In the recording, Lou’s voice is closely mic’ed while he plays his guitar, probably a home recording as you can occasionally hear sounds of the street coming from outside. Reed rips through each song with varying musical styles. There are songs about drag queens, success, fame, a Warhol doll and a whole lot more. It’s an emotional rollercoaster of about 45 minutes, and a lot to process, especially given the Warhol Archive’s policy that researchers are not allowed to take notes, transcribe or directly quote from any of Warhol’s audio tapes.

It’s a policy that makes sense considering Warhol was a compulsive recorder, He’d record conversations, nightlife, and whatever he encountered. If you had a friend that you used to party with, who recorded everything, and then that friend became one of the most famous artists of the 20th century and his recordings all ended up in a museum, you would probably want to limit how the public could hear those recordings too.

Could Reed’s tape get some kind of official release in the future? It’s hard to say and DeCurtis points out that a lot of people would have to come to an agreement, including Laurie Anderson, who owns the rights to Reed’s music, as well as the Warhol Foundation. But, he added, it’s something that would be of interest to serious fans.

“I mean, this is not going to be a blockbuster,” DeCurtis said. “I think it would encourage interest in Lou and in Andy. But, you know, people find ways to fight over things that make a lot of sense to do.”

Did Warhol ever hear the tape? According to Periano’s findings, Reed thinks he might have.

“One 1977 interview in the U.K. Penthouse Magazine that I discovered, where Mick Rock, who’s one of Lou Reed’s photographers for many of his covers, is interviewing him and he brings up the tape,” Periano said. “Or tapes, he actually calls it tapes, plural. And he says, ‘I know you’ve been working on something around the philosophy songs,’ and Lou Reed gives a kind of flippant answer very typical of Reed in interviews and says, ‘Yeah, I gave them to Andy and he was fascinated, but horrified. I think they scared him.’”

Needless to say, the proposed collaboration between Warhol and Reed never happened. However, Periano is pleased her discovery has renewed curiosity about the two.

“It’s surprising on, on one level, but quite heartening that people are interested in Warhol and Lou Reed still,” she said. “But also I think just the fact that it has such a great human interest story and I think we need to hear more human interest stories in a way these days.”