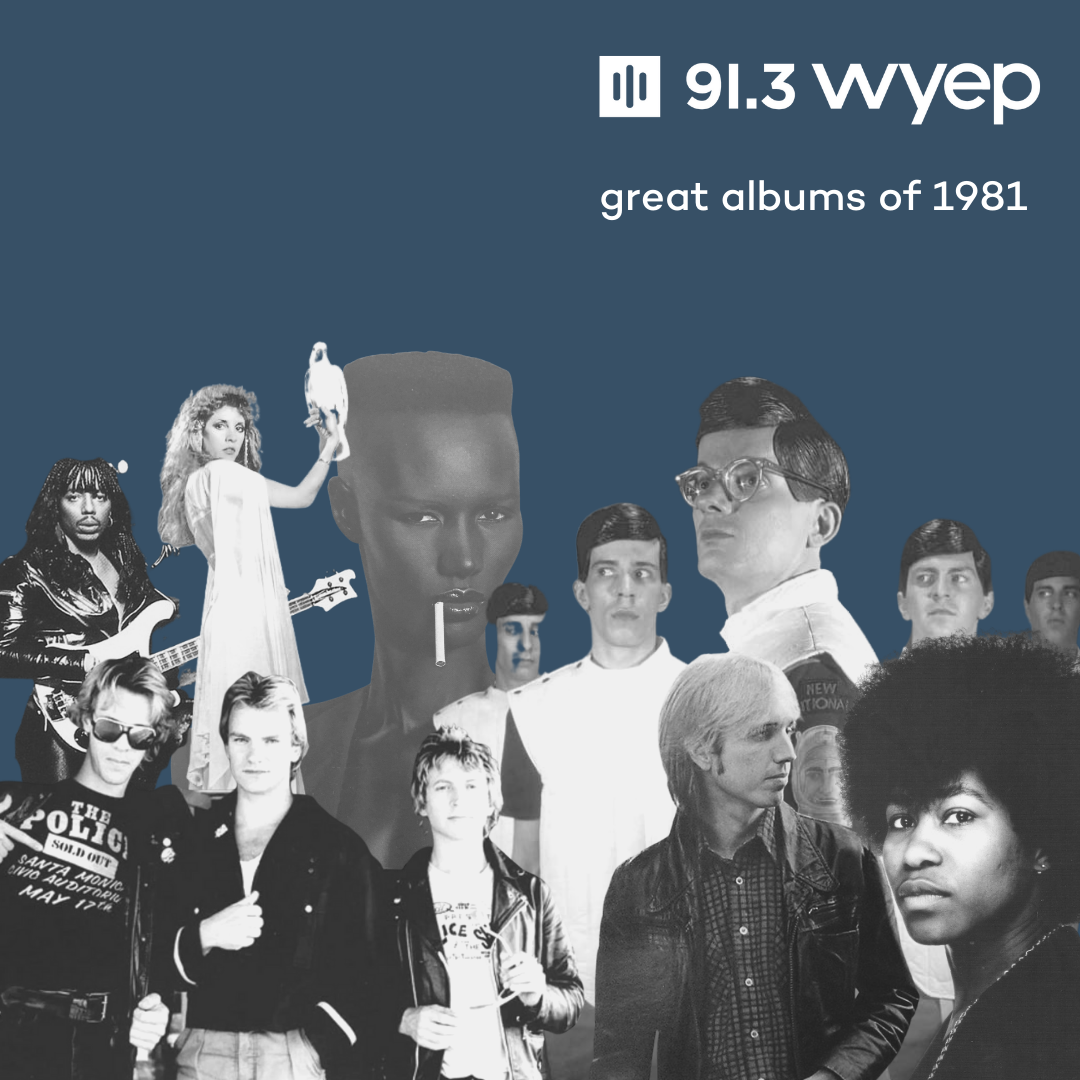 That year, you may have been going out to a movie theater and watching Raiders of the Lost Ark, On Golden Pond, Superman II, Arthur, or Stripes. Or you might have been staying at home to watch Dallas, The Dukes of Hazzard, MAS*H, or The Love Boat. But as a music fan, you almost certainly were checking out some of the great albums of 1981.

As part of our occasional series this year of days where we showcase some of the best albums from years ending in a “1,” we will be examining some of the cream of the crop from 1981 throughout the day on Tuesday, May 11th. To start each hour from 6 AM to 10 PM, we will play three songs from one of the best from ’81. Some of the albums we will dig into include: