“I’m getting my master’s in studio guitar at USC,” explains Zoob. It’s an exciting opportunity and he’s just about ready for it. Like a grade school kid with a shiny new pencil box, Zoob is all geared up for the move. “I got myself my very first Gibson Les Paul. It is gorgeous! It sounds amazing and I have wanted one forever.”

On the other hand, the idea of actually uprooting his life to start again is giving Zoob some anxiety.

“I don’t handle change well,” he admits, “and this is a massive one. I’ve been here for 15 years. For all intents and purposes, I’m as much a Pittsburgher as I was a New Yorker and to leave that behind for something new, who knows whether that’s a good idea, but it’s the one I got.”

Wait, did he say he was a New Yorker?

“I moved here for school, as a matter of fact. I got a creative writing degree from Carnegie Mellon,” he says, “and by the time I graduated, I realized I had found a home here and I stayed. It’s been 15 years now.”

Well, maybe it turns out that there’s not much to be worried about after all. He’s already a pro at handling life-changing experiences. Zoob is also a pro at making wonderful music around Pittsburgh – something he’s been doing since he got here 15 years ago.

“I started playing with Mark Dignam, Paul, a band called Backstabbing Good People, which was Clinton Clegg – who now is the lead singer for The Commonheart,” he says. “And through that band, met Max Sommerville and Dave Busch. We’d later break off and start a band called Wreck Loose.”

And now, as a parting gift to us all, Zoob just released his first full-length solo album – a record brimming with the charm and wisdom of our beloved protagonist. It’s also got a cover of the Bob Dylan song “Mama, You Been On My Mind.”

“A lot of the themes of the record coalesce in that Bob Dylan cover,” he says. “It’s about someone who’s been through a heartache, is lying to themselves about the extent of that, and is also working through it and has moved past to the point where they’re not, you know, it’s not active longing, it’s just a nostalgic memory.”

California Burning sees some of Zoob’s favorite Pittsburgh musicians contributing their talents to serve the songs. It also finds Zoob at the helm of his first duet – “Standing Waters.”

“This is a song about an experience that I think a lot of people have which is that you get to a point in a relationship sometimes where there’s either a friction or a tension or just sort of a breakdown and neither party wants to talk about it because talking about it makes it real. I kind of wanted to leave the last word to that person in this song. I brought in one of my favorite singer-songwriters and one of the golden-voiced people in Pittsburgh – Kayla Schureman – to help me. It’s sort of a duet and she just knocked it out of the park. Really did.”

Another Pittsburgher to contribute to California Burning is Karl Mullen of the influential Pittsburgh bands Carsickness and Ploughman’s Lunch whose artwork graces not only the album’s front cover but was an inspiration to Zoob throughout the creation of the album.

Take a moment to send some positive energy to Zoob as he gets ready for his next big journey. Or just wait until you see him back around town. “I will be back many, many times to visit,” he insists, “and I’m not considering this a goodbye, just a farewell for now.” 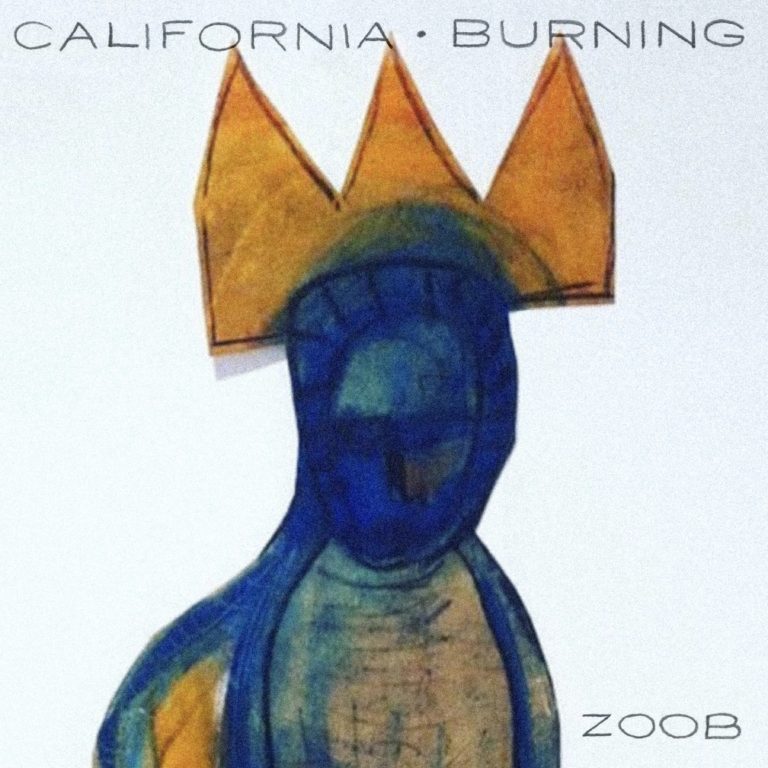