Pittsburgh band The Living Street spent most of the winter on tour. When they got back, everything was different and the pandemic changed their lives in unexpected ways.

Don’t expect them to hang up their guitars for pruning shears, though. (Or maybe they will.)

“It’s straining our relationship if I have to be completely honest. I caught him researching botany classes at the local college the other day,” jokes Living Street’s Nick Guckert.

Either way, Guckert and Angelo will remain friends and plan to write songs about what they’re going through on any given day.

“I was sitting alone at home, very bored, missing and wishing for Ed to get back so that we could do something fun together. He’s just always doing something. He’s got his plants,” says Guckert.

The tune was written a few months before our world came to a stop, but it’s incredibly pertinent all of a sudden.

“It’s really developed a new meaning with the start of quarantine and coming home from a tour and not being able to see any of our friends or family or fans yet. We’re all just kind of sitting here wondering when are we going to see each other. We miss everybody really bad,” says Guckert.

They’re itching to get back into the studio as well. Along with producer Jake Hanner, the guys in The Living Street love to experiment with their songs. “Long Day” found a little bit of sparkle in the studio thanks to a dusty old instrument.

“When we go into the studio, we kind of go in with the bones of the song – acoustic guitar and vocals. Our producer Jake and us, we try to experiment with different things to make the song more fun. I was sitting there one day and I saw a dusty old xylophone in the corner. I thought to myself, ‘Wouldn’t it be cool to have the sound of someone casting a spell or something?’ It sounds very whimsical in this part. We put it in and we ended up really liking it and keeping it. It’s pretty awesome,” says Angelo. 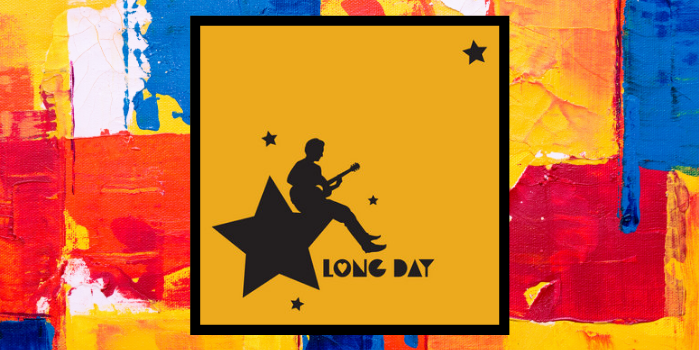