“We will kick everyone out of the apartments that are there, and we will say, ‘Listen, we are bringing back this metal-grated stage and this awkward sized room and, yes, it’s the best.’”

Or so says, Brett Detar of The Juliana Theory, lovingly of course, about Club Laga – a venue that no longer exists in Pittsburgh’s Oakland neighborhood. The band – which got its start in Greensburg in the late 1990s – helped to build the local music scene in those days while also garnering national attention. But don’t take that to mean that the members of The Juliana Theory are living in the past, because they certainly aren’t.

Though the band has been on pause for the last 15 years, its sights have always been set for the future, says guitarist Josh Fiedler.

“We always aimed, you know, from record to record to never repeat ourselves. We always wanted to progress the sound [and] try new things.” The latest single, “Can’t Go Home,” carries on that tradition and showcases what this band can sound like in a music world that is vastly different from the one they left.

“The new stuff is really a progression of what we started out with, you know, back in 1997,” Josh adds, “It’s just that we skipped ahead 15 years, you know, from the last record.”

One thing that never changes, though, is the band’s ability to connect with their fans personally through their music.

According to Brett, “I’ve always been socially awkward, and I feel like music is the way that I communicate the best. I want to connect to people through the music and I want them to be moved by it or to feel something.”

For fans of The Juliana Theory, the music can truly be life-changing.

“We’ll get a message,” he says, “From somebody that says, like, ‘I was feeling really hopeless and I listened to one of your songs or one of your records and it gave the strength to want to keep going and inspired me to want to make a change.” 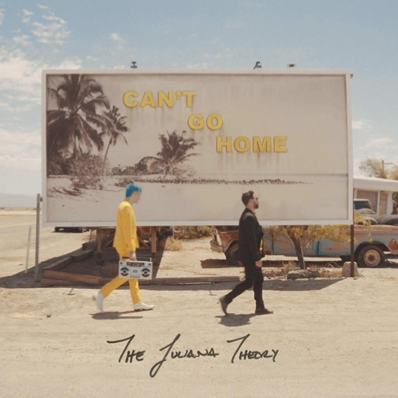