“Racism, sexism, and homophobia, the burden of fixing that is not on those who have been victimized from it, it’s from those who are in a position of power who use their privilege to victimize other people,” says Pittsburgh musician Derek Zanetti. “Whether I’ve had a hand in that, knowingly or unknowingly, I certainly have a hand in trying to fix it.”

Zanetti may be better known as The Homeless Gospel Choir. For years, he has used his very personal brand of punk rock protest songs to try and change the world. While punk rock has meant a lot of different things to a lot of different people through the decades, for Zanetti it’s always been about substance over style.

While he admits that there is something majestic about the theatricality of certain punk bands – or any musicians for that matter – Zanetti embraces his, uh, hometown charm as a way to inspire the next generation of protest singers.

“I think whenever people see normal, average, regular-looking people going up there and playing a song that everyone’s singing along to and feeling good about,” he says, “It normalizes and humanizes what it’s like to be an artist and what it means to have something to say or what it means to be political.”

For The Homeless Gospel Choir, and for Zanetti personally, politics is everything.

“I think anything that I would do,” he admits, “whether it’s a barbershop quartet or a jazz ensemble, would be punk and political in nature. I do think, as a person of privilege, I owe a duty and others like me owe a duty to culture and to society to speak out against power.”

However, if changing the world seems like a daunting task, Zanetti has some very simple words of encouragement for you.

“You can do it,” he says. “The older I get, the more I realize how much power you and I have and all we have to do is to show up and to open our mouths.”

Zanetti and his band come with mouths agape and heads nodded to Woody Guthrie on the new album This Land Is Your Landfill – a record that turns sadness, anxiety, and impending doom into rallying cries for a better world.

The song “Young And In Love,” on the other hand, sees Zanetti looking inward and embracing the joys of everyday life. 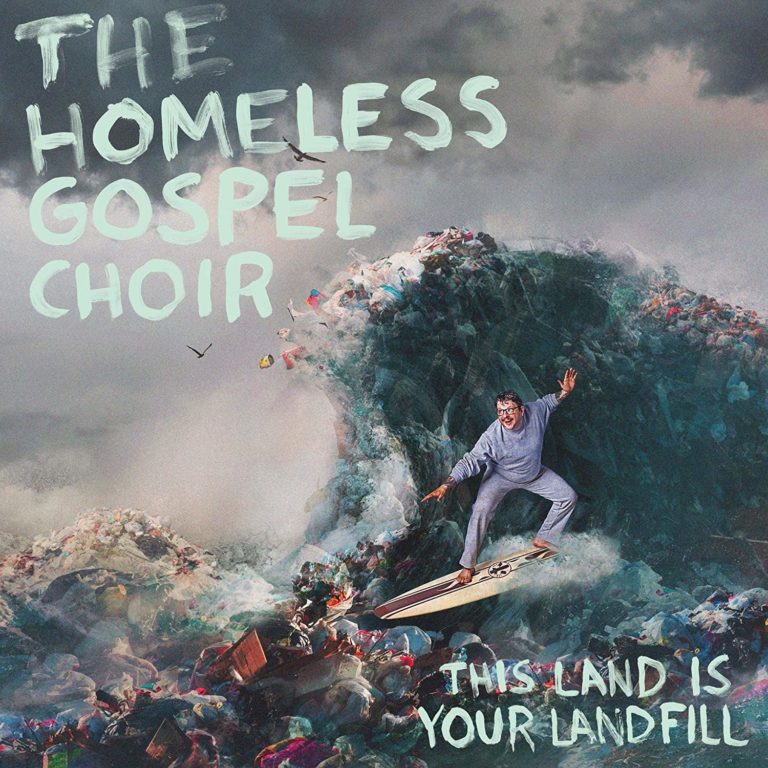