Collaboration Is The Key To Same’s New Album “Plastic Western”

Same’s new album “Plastic Western” is a very special record for the band. And it almost didn’t happen. They were scheduled to get into the studio in November of 2018, but just before that, guitarist Jake Stern ran into a bit of a problem.

“While Jake and Tom were skateboarding, Jake ended up breaking his wrist and we had to postpone recording into January,” says Same’s Jesse Caggiano.

After a few months of healing, more studio time was secured and Same trucked up to the Poconos to get their music on tape. Those few months though meant a change of seasons and the struggles that come with it.

“It was super cold and the studio is in the loft of a barn so there’s really not much insulation and the space heaters barely made a dent in the cold. That was rough, but we had a big propane heater that we’d use just in emergencies to quickly heat the room. Sometimes it would be 45 degrees and you had to warm your fingers up just to play a guitar part,” says Caggiano.

“Plastic Western” became an album that wouldn’t have turned out as it did without those trying circumstances.

“I mean, without that happening, there’s definitely a couple of songs that we really love that wouldn’t have even made it on the album or probably wouldn’t even have been written because Jake was just playing keyboard with one hand because he couldn’t play guitar,” says Caggiano.

The album is inspired by indie bands the group listened to growing up.

“Because I grew up in a small town, radio stations weren’t playing Pavement or Dinosaur Jr. or all the other Pixies songs, you know? It was really cool in my early 20s to go to music stores and look in the used CD sections and find CDs from bands from that era. I felt like I missed out on that. But I’d like to think that we’ve got a more modern sound to us than just ripping off bands from the ‘90s that we like,” says Caggiano.

A big part of why Same are able to keep their music moving forward is the fact that everyone contributes to the process.

“It ends up always being a really collaborative process. Even if I wrote the song, it turns into everybody’s song,” says Caggiano. 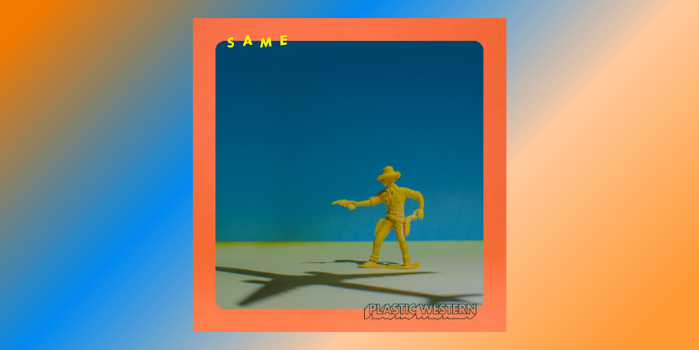