Rhiannon Giddens is one of the many black women who “reclaimed country and Americana music in 2021.”

NPR Music writes: “Giddens’ work has long sought to re-center Black people and Black innovation in the narrative of American traditional music, and her newest album, They’re Calling Me Home, is no different.”

Giddens has no shortage of talents. She was trained in opera and can kill it on banjo. She also considers herself an “armchair historian.”

That may be why she’s reticent to pin herself down to one musical genre, such as “Americana.”

“I just want it to be called music or even American music is fine,” she told The New Yorker’s David Remnick in late 2021. “I still feel like you make a genre, you tend to narrow into it.”

Listen to Giddens perform at the WYEP studios in May 2018:

Check out Giddens’ Tiny Desk (from home) Concert, just shortly after the beginning of the pandemic, below: 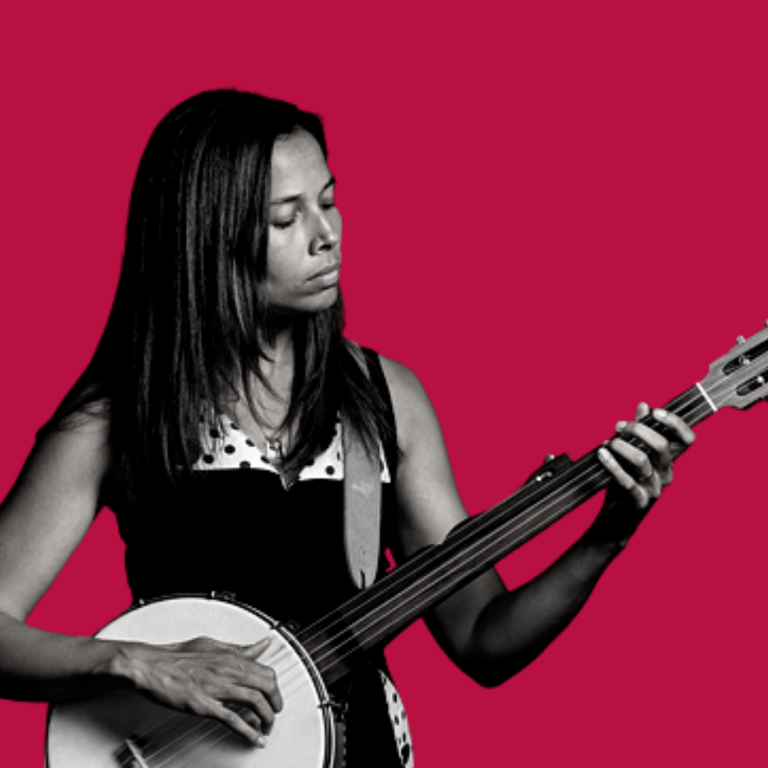