Jerry Weber, the man behind the legendary Squirrel Hill record store, died Friday, Jan. 28 at the age of 73.

Weber spent more than 40 years selling used vinyl records and was a staple of the Pittsburgh music scene. He’ll be missed by many, including the WYEP staff. (You can listen above to Weber’s “Record Story” from A Record Store Day feature on WYEP a few years ago, during which he recalls searching for a Robert Johnson 78.)

“I had been going to Jerry’s since it was on Forbes Avenue,” said Roots & Rhythm Host Jesse Novak. “I would reckon that probably half of my records come from his store. One day, maybe six years ago, he put together that I host Roots and Rhythm Mix. I had never told him. I came up with a big stack of records and he said, ‘Jesse Novak, I love the Roots and Rhythm Mix. You do a great job. You’re not as good as Kate, but it’s still a great show. Keep up the good work.’ I don’t think I’ve ever received a compliment that meant more to me.”

“I didn’t know Jerry until much later in life,” said Soul Show Host Mike Canton. “I recall a wonderful moment at a Hartwood Acres show, when he called me over to his picnic setup, offered me a beverage, introduced me to the family and sent me on my way with a treasured tee.  It felt like I had known him forever.”

The Grooves host Brian Siewiorek has spent countless hours at Jerry’s. He’s especially fond of the endearing, homemade labels that adorn many of the records found at the store.

“Like many others, when I flip through my records, I will always think of Jerry when I come across many of the homemade labels he affixed to the sleeves before they hit the sales floor,” Siewiorek said.

Many also took to social media to share their memories of Jerry and rummaging through the stacks of records at the store. 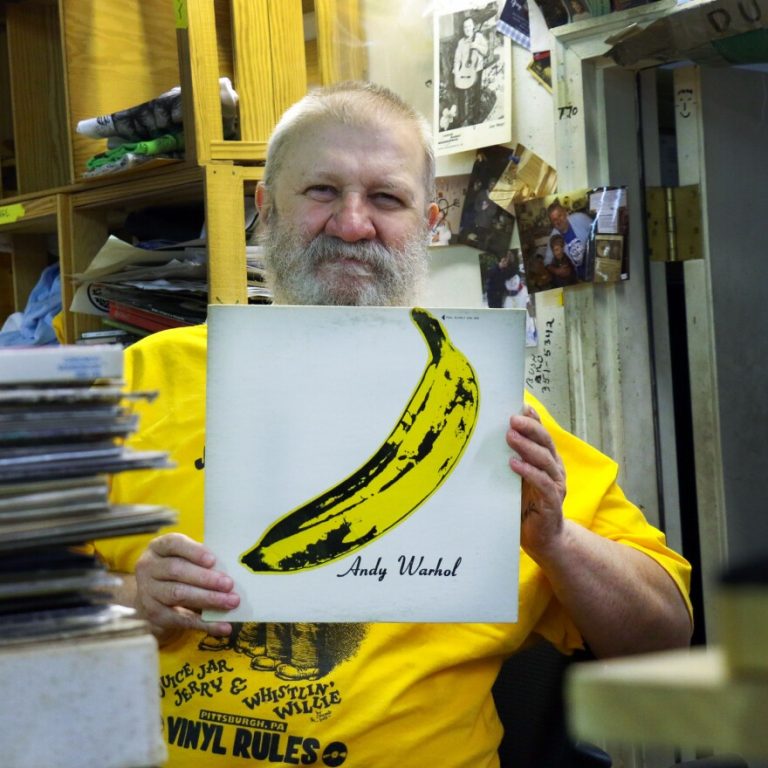