Strange Monsters are a trio of longtime Pittsburgh musicians fronted by Don Strange. Their songs are crunchy in that deadpan 90’s kinda way with lyrics inspired by pop culture and general absurdity. “Pro” is a prime example of why some people believe humor belongs in music – it’s also a nice ode to Bloomfield. Don Strange recently spoke with Morning Mix Host Joey Spehar about dad rock, Grumpy Cat, and the abuse of interns in 80’s animation studios.

We started playing together back in 2015 as a joint venture between Don Strange and Los Monster Trucks. We were looking to fill some festival dates over the summer. Our first show was at Penn Brewery during the Deutschtown Music Festival. I was so excited for the show that I ended up accidentally (and continuously) swearing my head off in front of all these little kids that were in attendance with their families. In hindsight, it was pretty funny, but apologies to anyone I offended. Anyway, we quickly discovered we had great chemistry, cut back on the swearing (mostly), and forged our way forward as Strange Monsters.

We sound the way we look! No, but seriously, a lot of times the ideas for our songs come out of conversations we have at practice. Pop culture is always a big theme for us. The song “Optimus Minor” from our first album originated from a conversation about the 80s Transformers cartoon and how much it must have sucked for the interns to draw all those laser blasts, because you know they left that to the interns. Anyway, that got me thinking about the underdog, and what it might be like to be Optimus Prime’s little brother. Along those same lines, we love the old G.I. Joe PSA parodies by Eric Fensler. The lyrics from “Snow Job”, a song on our current album, are adapted from that. Go Joe! Porkchop sandwiches!

The Thing That Named Itself is an intriguing album title. Can you talk about it?

The idea of having a self-titled album really appealed to us and calling it “The Thing That Named Itself” was our work-around. You could say that we wanted an eponymous album, but we knew we couldn’t title it “Eponymous,” because a band we admire already used it and we couldn’t convincingly deny co-opting it.

Tell us more about the song “Pro.” What inspired you to write it?

I was hanging out with my son in the living room while he was playing his Nintendo Switch. At one point, he declares, “I’m a pro and you guys are noobs!” Now I can check with him about what inspired him to make this comment, but I don’t believe he’ll really remember. Anyway, I recognized this as one of those golden moments and tucked the line away in my back pocket.
Ultimately, the song ended up coming together not long after I got divorced. Most of it captures the changes I was going through at the time, as well as the changes the city and music scene were going through. It says goodbye to some of the main haunts we performed at, where we fell off stages, where we came home stinking of cigarettes, where Tim threw his back out loading in someone else’s amp. Those sorts of bittersweet experiences. But it’s also about rediscovering who you are and getting your mojo back. Change is weird like that. If you let it take you, it can redefine you in meaningful ways. Also, that line about Grumpy Cat is funny as hell.

It would be inappropriate for us to say that we are devotees of The Great American Songbook. We do like to “Ozzy” things up at practice. Pretty much we’ll play Mr. Crowley or Crazy Train or some Randy Rhodes era track unprompted until it falls apart. We’re always looking to meld other songs to ours. We usually add the intro to “Sweet Leaf” to our song “Spiderman” or “Wasted Years” to any of ours that end in E minor (there are several). For a while, we closed out shows with “The Trooper.” I sure miss those days. We only talk about Nicko McBrain era Maiden with Tim. Mo and I will discuss the early catalog as well. We’re funny like that. Tim and Mo are big Rush fans, and we covered a bunch of their tunes at a Halloween party: “Tom Sawyer,” “Spirit of the Radio,” “Subdivisions,” etc. Mo’s amp blew up halfway through the set, so we didn’t have to finish ☺. You know what they say…

We all love the local music festivals — Millvale Music Festival, Deutschtown, the now defunct RANT — for our own reasons. To me, it feels like the holidays for local musicians. You get to party with that crazy uncle or aunt that you won’t see again until Xmas. It’s great to just hang out in the green room at the old James Street Tavern and meet new people and feel the camaraderie in the scene. There’s so much amazing music in this city, it makes you feel like shoveling coal.

We’re all dads. I guess that makes us a dad band. 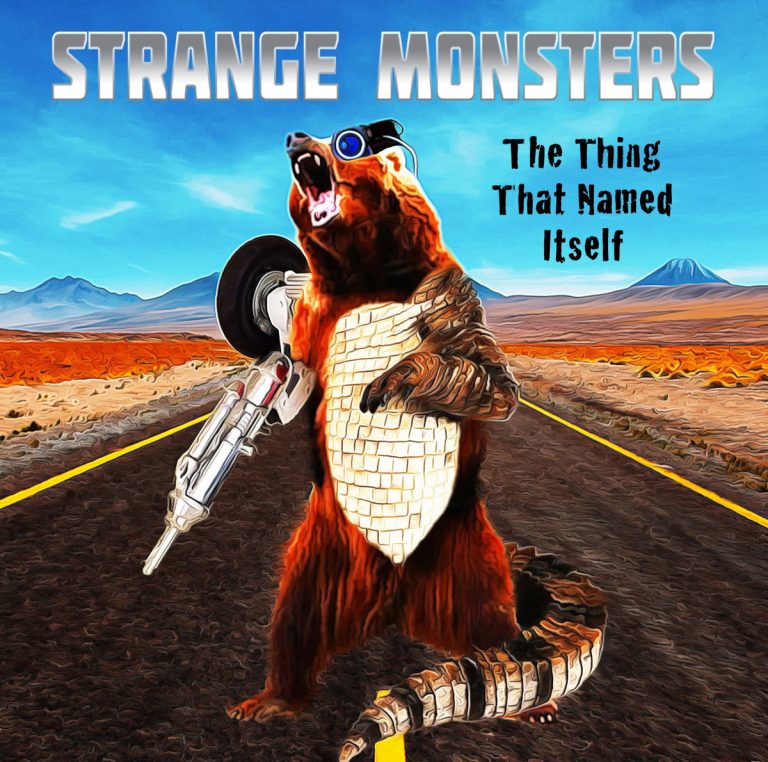