Pat Coyle lives on the melancholy side of the indie-pop world, combining organic and sampled sounds with cathartic lyrics that help him process his repressed emotions. The song “Through The Portal, for example, was written about his relationship with his dad – a pilot – where young Pat sees the front door of his childhood home as a portal that only his dad could access, whisking him away for weeks at a time on unseen adventures.  Pat Coyle recently spoke with Morning Mix Host Joey Spehar about immersive VR, The Strokes’ debut album, and more.

My first instrument was the trumpet, starting in 4th grade, but I remember during middle school concert band practice I would sneak into our little drum closet before rehearsal started and I would just lightly tap the heads of the drum kit before anyone had even gotten there to set it up. I had such a burning desire to play those beautiful red drums!!

I finally started playing them in our 7th-grade jazz band and I was terrible lol. Slowly I got better and then once high school began, all the fun stuff started happening: marching band snare, auditions for the jazz band whose members got to wear tuxes, and then most importantly, starting bands with my friends.

I lived with my closest friends in a rental house in college and we continued writing music and playing house shows. I also performed in jazz bands all throughout college and got to continue wearing cool suits.

Then when I moved to Pittsburgh, while I continued collaborating with friends in bands such as Blød Maud, Princess Barbara, IT IT, Soft Gondola and Anthony Heubel and the High Lonesome, I also began to write songs solo, experimenting with making sample-based beats from sounds that I recorded on my field recorder. I’ve released a couple of EPs and albums now! And presently I play in the bands Tyler Heaven and I4A and I’m having a blast working on new songs for my next release 🙂

P.S. I wouldn’t be doing anything music-related if it weren’t for the support of my friends and family, endless lovely support. I’ve also been so inspired by the music taste of all my friends, namely my oldest best friend, Andrew Huffard. Also my dad and my older brothers! Inspired me so much with the music they shared.

Relic of a Rift is an intriguing album title. Can you talk about it?

It’s a lyric from my song “Glimmer of Gordon,” wherein someone has invented an extremely immersive VR experience for their friend who is in desperate need of an escape. The VR prototype is haphazardly named Relic of a Rift because for me it evokes the feeling of recalling an event that was epic and incredibly disastrous but perhaps looked back upon in a wistful sort of way. Something happens within this person’s virtual experience that causes an infinite amount of rifts in their singular timeline. The VR goggles end up being a relic from that initial multidimensional split.

Tell us more about the song “Through The Portal.” What inspired you to write it?

“Through the Portal” was the last song I wrote for the album and it came about the quickest out of all the others! It’s about my relationship with my dad. He was an airline pilot all throughout my upbringing, always traveling all over the world and then coming home for a week or two before heading back out again. I have images in my head of him leaving and returning through our front door with his heavy bags that I would help him with. Since the leaving and returning were the only glimpses of his trips that I got, it began to seem like our front door was a portal that only he could access, one that whisked him away to all these unseen adventures. These gaps in time probably had something to do with the distance in our relationship when I was growing up, but certain warm memories from those days always pop up in my mind. Those are expressed in the lyrics of the song. There’s an undercurrent of emotional repression that I deal with and confront in my songs, usually in a cathartic sort of way. “Through the Portal” approaches that in a particularly poppy fashion. My dad and I have since worked on our somewhat stilted relationship. We’re good pals now 🙂

Is This It by The Strokes. I had just returned home from seeing the midnight showing of “Spiderman 3” with my friends. I invested so much of myself into the anticipation of that movie. I was sooooo excited, yet I left that theater an empty shell of a person. That movie-going experience completely destroyed me hahaha. The thing that saved me? I went into the basement, turned off all the lights, threw myself onto the couch, and put on Is This It. I hadn’t listened to the album yet, just a song or two. What had been violently extinguished by the utter disappointment that was Sam Raimi’s “Spiderman 3” was lovingly sparked back into existence by the beautiful melodic fuzziness of The Strokes. I distinctly remember opening my eyes halfway through that album at some point at like 3:30 in the morning and feeling that sort of fluttery stomach feeling you get when you’re on a roller coaster. Changed my life for sure. Also, I’ve since come around to the campy charm of “Spiderman 3.”

It’s so sweet how supportive everyone is of each other and how it has that small-town feel especially when you go to shows. You see everyone you know and you get to catch up with what everyone’s working on and stuff. Playing at or attending a packed show that is mostly just comprised of your friends is a dream come true.

I can juggle! I can do the worm! 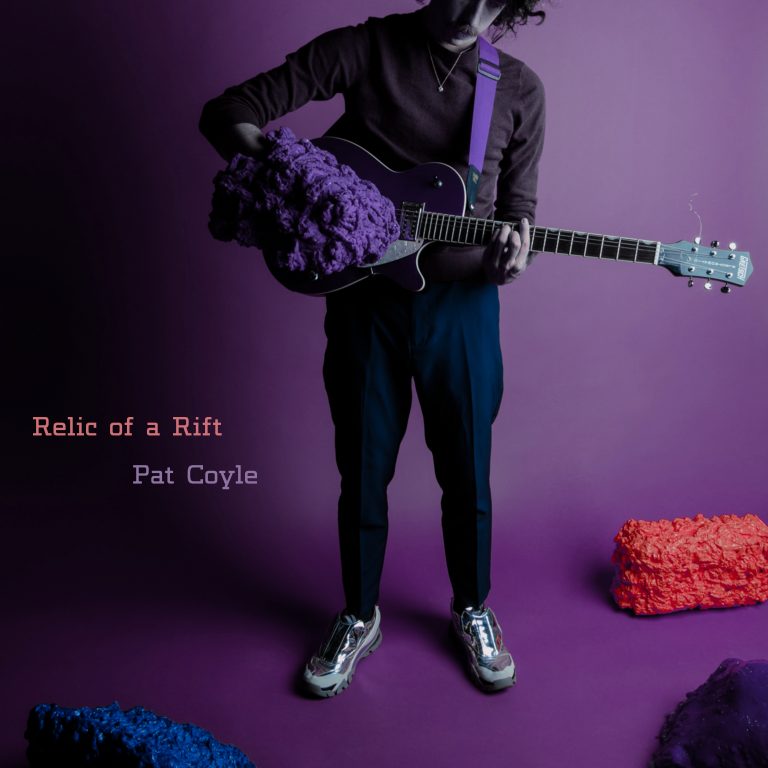