Kurtosis is a new project from Pittsburgh musician Kurt Giammattei. Kurt began tinkering with keyboards as a toddler and recently inherited his great-great-grandfather’s 1911 Steinway grand piano (see it below). While Kurt has played in bands around Pittsburgh since high school (contributing some memorable melodies to groups like Bad Custer), it was Covid’s hard stop for the music industry that forced him to focus on his own songs. The result is a new album called Kurtosis. Kurt Giammattei recently spoke with Morning Mix Host Joey Spehar about the song “Love Always Wins.”

I come from a fairly musical family. My mom has been a singer her whole life and has been very involved with several chapters of Sweet Adeline’s (a capella barbershop for those not familiar). My dad was never very musically inclined but is an avid music lover, who introduced me to my biggest influences, including seeing The Who at my first concert at age 10.

I was attracted to the piano before I even formed memories. My parents claim I was 2 the first time I sat and banged away at the keys. Had some formal training over the years, but I always frustrated my teachers because I was just interested in doing my own thing, as opposed to what the lesson was. It’s been pretty much a lifetime of tinkering and improvising and stream of consciousness jam sessions. My mom claimed she could always tell my mood based on what poured out of me during any given session. My piano therapy, if you will.

The other side of my background is my vocal development. I would always sing along to stuff growing up, but not necessarily in an organized setting. It wasn’t until high school, and a nudge from a friend, that I really started to find my voice. Getting some much-needed formal training from my high school teacher Mr. Coulter really pushed my confidence in my abilities. So much so, I started to do musical theater and PMEA festivals, going to states twice, and being one of three to represent my school at All Easterns my senior year. Was also nominated for a Gene Kelly award for best actor for my portrayal of Fred/Petruchio in Kiss Me Kate, also my senior year. Didn’t win, but it was quite an honor to perform at the Byham and even be considered. Went on to Westminster College and minored in voice for a year.

I would do a major injustice to my siblings if I didn’t mention how integral they were in my development. Both my brother and sister are multi-instrumentalists and amazing vocalists. Phil plays bass and sings backup vocal with me in Bad Custer. My sister plays piano, guitar, ukulele, and is by far the best vocalist of us three. We have recently reunited all living in the same city for the first time in 21 years, so look out for the Giammattei family band locally!

I think it’s a really hard sound to describe. I tend to think that I have a very unique sound, but pulled from many familiar places. The range of bands that my sound gets compared to is humbling and awesome. Anywhere from Steely Dan, to Little Feat, to My Morning Jacket, to Vulfpeck. What I love the most about comparisons from different people, is that they tend to pinpoint a big influence I pull from, but almost always admit to me it’s a sound new to itself at the same time. So I would best try to describe my sound as a fusion of classic rock, soul, funk, Americana, with a twist of psychedelic.

I also credit a lot of my sound to the other players involved. I gave them next to no direction and let them take my vision to a whole new level, just by being the players they are. It gives the sound that raw, inspired sound, and could not achieve that by giving specific direction and stifling their creative process. Wouldn’t be the same without them.

Tell us more about the song “Love Always Wins.” What inspired you to write it?

This is one of those songs that just kind of came all at once, like a lightning strike. Covid forced my hand when it came to focusing on my solo music. I had always played other people’s music, but with everything at a standstill, it gave me the chance to flesh out my own music that had been swimming around in my head for some time. Once I had a rough outline of what the album would be, I booked a trip to stay at Studio 1916 studio outside of Austin with my dear friends Blake Atwell (studio owner), and live-in drummer/engineer Matt Judson. This album would be nothing without those two. We started by tracking the last couple of days of 2020, starting by getting all the keyboards I was going to use dialed in and leveled by tracking on our collaborative effort “Tummy” (album coming soon)! Finished one of those tracking sessions and just started playing the chords that would become the song as we know it.

There is something magically inspiring about that studio, and the song structure just poured out of me. Lyrics tend to come second to the music in my writing process, so once the structure was there, I sat to write lyrics. I wanted to address some of my feelings about the social injustices the country was going through at the time in the wake of the George Floyd protests and the Black Lives Matter movement, and inequalities in general. I’ve never understood racism and how pigment can somehow dictate if someone is better than another when we all bleed red.

Over the course of the two weeks, we were recording the majority of all the instrumentation, a cast of amazing friends/musicians filtered in and out to fill out the sound. I have some amazingly talented friends and knew the sound and vision wouldn’t be complete without their contributions and ideas.

Now this question is just unfair and near impossible to answer, haha! I could never pick just one. There are way too many that influenced me and changed my life.

In no particular order:

Genesis “Selling England by the Pound”
Jimmy Smith “Root Down”
Miles Davis “Kind of Blue”
Any and all Vince Guarldi
Bruce Springsteen “The Wild, The Innocent, and The E Street Shuffle”
The Who “Quadrophenia”
B.B. King “Blues on the Bayou”
The Beatles “the White Album”
Fantasia soundtrack
Little Feat “Waiting for Columbus”

These are just the ones that immediately came to me, but have definitely had some of the biggest influences on me.

Pittsburgh is where my live music experience started. My house growing up in Hampton was a hotbed for musicians to gather and create, pulling from multiple school districts as well. We had several bands formed from the rotating cast of characters that partied with us. My 1911 family Steinway lived inside with the hand drums and acoustic guitars, and the detached garage housed amps, electric guitars, drum sets, keyboards, organs, and a PA set up.

While gigging around 10+ years ago, I also formed friendships in the scene that I still have today. Pittsburgh is a very underrated breeding ground for excellent musicians, and always has been, dating back to the Jazz greats coming out of this city. But, the overall best part of making music here, is that I can make it with my family. Being able to make music consistently with my brother and sister is so so special to me. We have spent well over half of our lives living in different cities, so being back all in the same city for the first time in 21 years allows us to do this again, and nothing could make me happier 🙂

I was one of ten grandchildren. Of those ten, I was the one who was set to inherit my great, great grandfather’s Steinway & Sons piano. It’s a 1911 model O that was purchased on the New York showcase brand new for $697.99, which was a big chunk of change at that time. I have the original bill of sale to boot! The purchaser, Frank Presby, was one of the first environmentalists in that area, and was responsible for conserving tons of land. In his memorial, they erected the largest iris garden in the world, for his fondness of irises. The Presby Iris Garden only blooms for about 3 or so weeks every spring and attracts hundreds of thousands of visitors during those weeks from all over the world. I carry the Presby name myself, my middle name, and recently got the “Presby Crown Jewel” iris tattooed on my forearm to commemorate how special the piano and name is to me. Shout out to James Roberts at 1867 Tattoo Company in Bellevue for his stellar work.

Learn more about Kurtosis:
Bandcamp
Stream Kurtosis wherever you get your music online 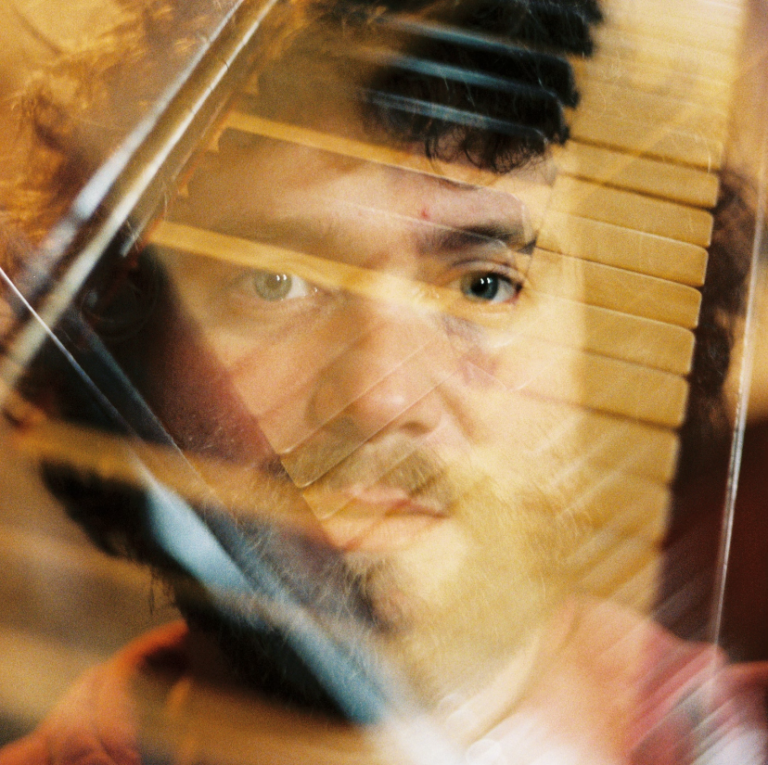