Zack Keim is no stranger to the Pittsburgh music scene – having released his first album with garage rockers the Nox Boys when he was just 16. These days, Zack’s music hits hard in a different way. His new song “Canyon” expands his sonic palette, pulling inspiration from a trip out west.

My love of music began at age 8, when I picked up my first guitar. Shortly thereafter, I began taking lessons at Pianos N Stuff in Blawnox which continued for the next 6 years. My first concert was the Allman Brothers Band at Star Lake. My childhood was filled with going to see my dad’s favorite bands from Billy Price, Corbin Hanner, and bands at the Pittsburgh Blues Festival. I remember playing sports throughout elementary school and I was really BAD… So when my friends use to come over I remember trying to form fake bands. I formed my first actual band in middle school when I was 13. Here’s a clip.

I started going to open mics around Pittsburgh and eventually met Bob Powers who I formed the Nox Boys with. We were signed by Get Hip Records when I was 16 and I made 3 records with them including my first solo LP.  We opened up for Mudhoney, FIDLAR, Twin Peaks, The Black Lips, and many other national acts.  In 2019, one of our songs was featured on “Ray Donovan” on Showtime. I worked odd jobs throughout high school and eventually was offered a position at Get Hip Records being a Sales Rep, selling to 100+ record stores across the US and internationally.  While I learned a lot working for a record label/music distributor, I yearned to just get out and perform. I fell in love with a girl and eventually left the company to be near her while she finished college.  I moved to Washington D.C. in 2019 where I got my first apartment on a street called Battery Lane.

In 2020, the Nox Boys west coast and European tours were canceled due to COVID-19. I was pretty bummed out, so I started delivering Uber Eats just to pay the bills. My girlfriend wanted to get married. The world seemed to be in chaos.  I found myself struggling to evaluate what it was that I really wanted to do. After the breakup with my partner of 4 years, I locked myself away in my apartment on Battery Lane and began to write.  One night, while I was down and out in DC I started performing songs on Instagram Live and caught the attention of Josh Sickels of the band 1,2,3.  I started sharing demos with Josh and his bandmate Chad Monticue of Animal Scream, who decided to produce my new work. I moved back to Pittsburgh and am currently working on my new album “Battery Lane”. Produced by Jake Hanner (Donora) and Animal Scream.

Indie Rock. I got really into Hamilton Leithauser and The Walkmen records when I lived in DC. My new songs are very melodic and feature a lot of piano.  I’m tending to write on the piano first instead of guitar.

Tell us more about the song “Canyon.” What inspired you to write it?

The idea came from my experiences during my first trip to the West Coast with the Nox Boys while on tour. The landscape was vast and so different with the desert and the open road. I returned to DC after the tour was canceled and started doing Uber Eats in DC in order to make ends meet.  While driving around, I was thinking about my recent tour and came up with this little melody. I recorded it on my iPhone and started playing it back in the car. It sounded quite good, so I drove home, picked up my guitar and wrote the song. It’s an ode to my experiences on the West Coast.

The Velvet Underground & Nico on CD. I remember buying that with my grass-cutting money at Soundcat Records in Bloomfield.

It’s filled with lots of talented musicians and supportive people. Growing up in Pittsburgh, I met many cool people that I respect and look up to. This includes Josh Verbanets, Andre Costello, Chet Vincent, Jesse Prentiss, Jake Hanner, 1,2,3 , Get Hip/The Cynics, etc. It has great venues. Mr. Smalls and Brillobox are my favorites. And we have great radio stations… like WYEP – that support local music! 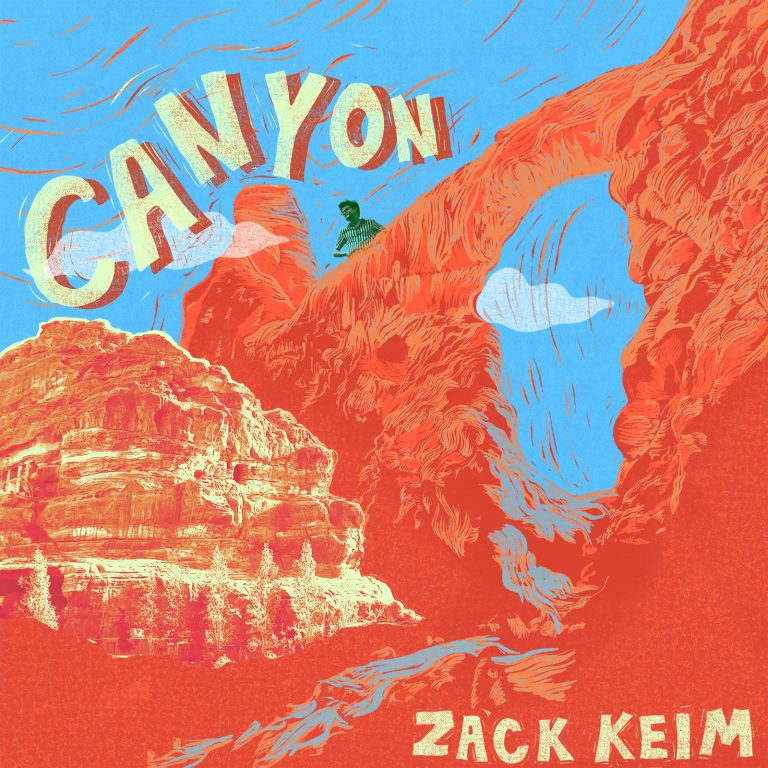