Yokai Jem is the stage name of Jeremy Frank who makes what he calls “American bossa nova.” The song “In Love Anymore” from the intimate new album Monkey Brain is a thoughtful examination of the special, exclusive, and elusive nature of love.

Jeremy spoke with WYEP’s Joey Spehar about being bad at love, learning about language from MF DOOM, and obsessing over Brazil.

I’ve been a music nerd for as long as I can remember, but really started getting into different stuff in high school. I played trombone in the jazz band so I was always around really skilled players and people who were into “the weird stuff.” I’d always be digging for obscure records and sounds, trying to find hidden genres.

I first started playing guitar as a freshman in college, after obsessing over Sufjan Stevens for about a year, and put out some projects with that same melancholy fingerpicking. I was just using home recordings, no mixing or mastering, and then I’d send it around. I sent my first projects to artists I admired, and it was really cool seeing some of their responses – I sent it to Flying Lotus asking if he thought Stones Throw would want to expand their soft folk repertoire and he responded saying “pretty music, send it to Stones Throw.” I was ecstatic for like two weeks haha.

So cut to, my junior year of college, I’m back digging up new sounds, except I’m getting bored with the normal stuff, the stuff that’s in english haha. I started thinking, like, America’s got some cool underground sounds, I bet there’s other countries with cool sounds. I was actually watching this documentary that Stones Throw put out where Madlib and the rest of them go crate digging in Brazil and I would just google the album covers to hear what they were hearing. It got me into this wormhole of Brazilian sounds and Portuguese language.

Since then I’ve kind of been obsessed with Brazil, the music and the culture. I’m conversational in Portuguese after taking roughly a year of classes with native Brazilians, but more importantly, I’ve more or less adapted my guitar style to bossa nova. I want to bring bossa nova back so bad, it’s just so damn beautiful. And I want to make something important. It’s pushed me to really learn the instrument, and to develop my voice.

I’d describe my current iterations as “American bossa nova.” If you listen to old bossa records, especially Joao Gilberto’s, the nylon strings are so delicate and the voices are so intimate that they just melt your heart. That was my original intention when making my record “Monkey Brain,” but my producer convinced me that it would be fun to add in some other sounds and musicians, and it really was. It’s more kind of a pop bossa nova than a jazz bossa nova if that makes sense.

The word I always base my music on, past present and future, is “intimate,” I really like the idea of the listeners feeling like I’m just singing to them or something like that.

Tell us more about the song “In Love Anymore.” What inspired you to write it?

“In Love Anymore” is a song I wrote out of frustration. Falling in love has always been something idyllic or fantastical for me. I love the idea of it, but it’s never as clean as you think it’s going to be haha –  It’s funny sometimes you fall in love with someone who’s really bad for you, and you don’t fall in love with someone who would be really good for you. Maybe it’s just a personal struggle, who knows haha.

The song is set where the speaker is beginning to realize that he’s in love with someone who is not good for him. He’s putting together the pieces – the initial attraction and flirtation has gone and he’s left wondering if he should leave even though it was good at one point, or stay even though it isn’t working. The chorus, saying, “I don’t really wanna be in love anymore” is more of a realization that what you think “love” is might be more of just attraction or lust, and you’re trying to explain to yourself or to the other person that whatever it is you have together, whatever you call it, you don’t want it anymore.

I think the inspiration I had for this song is really relatable.. I feel like I’m always trying to understand the nuances of my emotions towards others, especially when it comes to these feelings. One of the most difficult things is deciding that even though you have strong feelings for someone, they just aren’t good for you, or alternatively, even though they are a good person, that you don’t find chemistry there. It’s important to be honest with yourself. This song is pushing that love is so special and exclusive, and something that maybe most of us really don’t understand.

Monkey Brain is an evocative album title. How did it come to be?

The title Monkey Brain comes from the spiritual teacher Ram Dass who I’ve been a follower of for many seasons now. The context is this: there’s a part of you that’s your essential being, sure, and then there’s the mind that’s always thinking, or feeling, etc. From the second you wake up to the second you go to bed, the mind is running, ticking away. “Oh I’m hungry, Oh I gotta get groceries, Oh what’s for dinner, Oh I want ice cream…” Ram Dass calls this the “Monkey Brain.” He and many other spiritual leaders are sure that the journey of enlightenment begins with noticing the monkey brain and learning to focus on your breath to bring you back into the moment.

In the context of this record, each song can be seen as a step on the spiritual journey. The title track, the first song, symbolizes the monkey brain, the frantic back and forth, getting lost in thoughts, most often disjoint, most often unfinished.

As the record continues, the more concrete thoughts and emotions begin surfacing – meeting someone you want to be with in “Just Kiss Me”, wondering if something is too good to be true in “Easy to Pretend.”… Each track covers some emotion that is met on the journey of love and spirit; eventually we end at “No More Blues” which reads as a kind of resolve that the speaker will live in each moment and more carefully seek people to add to his life. For an added layer, I encourage listeners to see the record as a cyclical album which represents humanity on the spiritual path. We often go through great difficulties, learn, grow, and resolve, over and over on a loop, it’s all part of the game.

The first album that changed my life was “MM…FOOD” by MF DOOM. The metal faced villain could teach you things about the English language that PhDs couldn’t. His usage of vocabulary, lyrical density, and creative license are so well crafted that you could listen to “Beef Rapp” all day every day for a year and hear something new and interesting every time. He taught me how to write, with the edict – be interesting, be original. Find a new way to say what you want to say, to tell people how you feel or what you’re getting at. “MM…FOOD” is a watershed record for originality, concept, persona, and creativity. I could go on about him for days.

The community of music makers here is second to none. I made this record at Mr. Small’s Recording Studio with the team, Nate Campisi, Pat Coyle, Greg Dicarolis, and Kelsey Jumper. Each of them brought something so unique and important to the record that I felt truly supported at the end of the day. There were a few times I’d catch Pat humming my melodies or Kelsey would be really interested in hearing the story behind a song. Over and over I’d hear from the lot of them that they were really digging my sounds, what I was into, and really took me seriously as a musician. Kelsey even sang with me at an open mic set at the Funhouse, saying something like “people need to hear this”

Maybe its the old jazz head in me, but Ahmad Jamal’s one of the greatest of all-time. He’s not an up-and-comer obviously, but I mean people don’t play like him. Can’t recommend him enough. As for up-and-comers, Pat Coyle is definitely in a lane of his own right now, he’s got this synth-pop-crooner sound that keeps you guessing and has this youthful, playful quality to it, and I really mean that as a compliment. It’s just a very wholesome original voice in the pop genre that wouldn’t be out of place on the outro of Portlandia.

I’m always working on music and I’m not trying to pigeonhole myself on genres or anything. I really just make the sounds that I’m into at the moment. I’ve got a lot on the horizon for the coming year in a few different genres, more bossa definitely, but maybe some hip hop in there too. I really like marrying my two passions of bossa nova and hip hop. Making music and making cool sounds is just in my blood, maybe, I’d do any genre if I thought I could do it well. 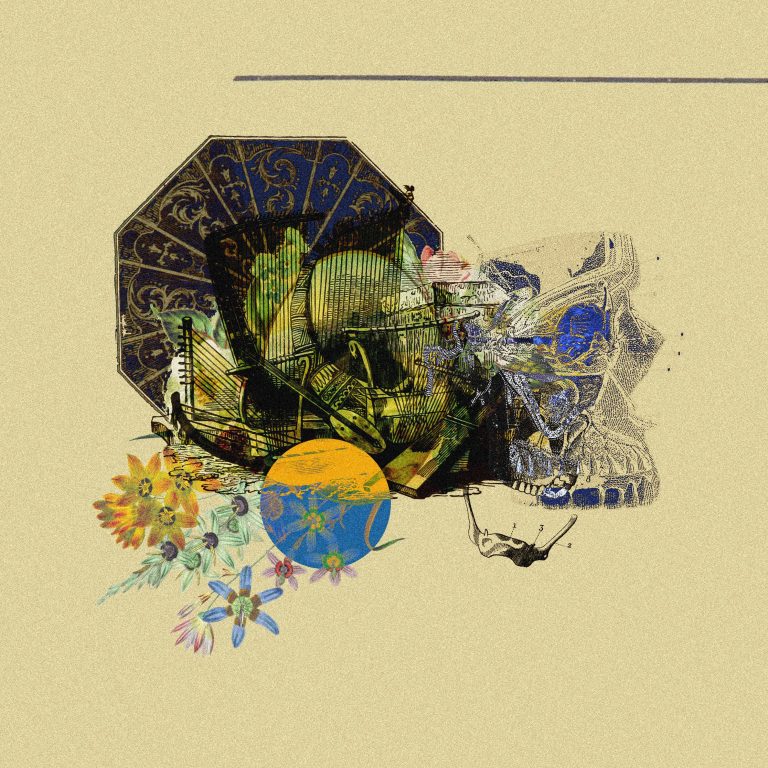