TrailHeads is a high-energy improvisational jam band who weave together elements of rock and funk, EDM, jazz, and modern metal. Their new single “Freedom” deals with soaring highs and crushing lows that come with addiction, loss, and healing. TrailHeads recently spoke with Morning Mix host Joey Spehar about their beginnings in Connellsville, PA, putting together their own music festival, and Pittsburgh’s thriving jam band scene.

TrailHeads is working on our sixth year as a band and was founded by high school friends Jordan Shaprio (Bass) and Kyle Whipkey (Drums). Four out of the five members of the band went to high school together in Connellsville, PA.  The band went through a few lineup changes in the first year but things began to solidify when Jordan and Kyle recruited Jacob Halfhill (Guitar) and Missy Baker (Sax)  later in the first year of the band.

Drawing on a variety of influences including improvisational jam music, funk, classic rock, blues, and jazz  the band grew at a rapid pace over the first four years by delighting fans at summer festival shows and small local clubs. After three years TrailHeads had grown substantially and was making a name for itself locally here in Pittsburgh. Guitarist/Producer Josh Erhardt was working at Tonic Recording Studios in McKeesport at the time and brought TrailHeads into the studio to record their Perceptions EP.  In the process of making the record the band began to further develop their sound and added Josh Erhardt as a member of the band on guitar.  Over the next three years TrailHeads continued to organically grow and began regionally touring. The pandemic put a damper on things and was challenging for the band but it also provided a tremendous opportunity to grow together and develop our sound.

The singles we are releasing now were all born out of that extended time together off the road. TrailHeads is currently wrapping up our Spring Voyager Tour including dates in Pittsburgh, Cleveland, Buffalo, Erie, Morgantown, Philadelphia, Columbus, and Cincinnati. TrailHeads is also known for putting on its own music festival, Larrypalooza, in honor of our biggest and longest standing fan Larry Morris. This year will be the sixth year of the festival and it occurs August 25-27 in Farmington, PA.

TrailHeads is a high energy, improvisational jam band that will weave together elements of rock & funk but also EDM, jazz, or modern metal. Being in a jam band can be both liberating and limiting. One of the defining characteristics of TrailHeads is the freedom to explore where the songs take us on any particular performance. The songs continuously evolve and adapt sometimes with multiple versions of them existing at the same time.

Tell us more about the song “Freedom.” What inspired you to write it?

“Freedom” was written by Guitarist/Vocalist Jake Halfhill. From Jake – When I was writing “Freedom,” I had a lot in mind. The extreme highs and lows you can achieve from substances, struggles with addiction, the loss of friends, and also the people that have managed to fight through that and overcome those challenges. More broadly, “Freedom” is about accepting the things you can and can’t control, accepting that things are never perfect or consistent, and having the freedom to do what you want with the choices and circumstances in your life.

The best part about making music in Pittsburgh is the jam band scene here. We all have been to many Grey Area shows at the Rex and had the honor to play there a few times before closing. We have found a new home at the Thunderbird Music Hall. These are exceptional places to play that are always looking out for local talent and we appreciate that so much. On the more practical side- being in a band is tough and Pittsburgh is an affordable city. We all come from modest means and we are doing this on our own. It’s hard to imagine being able to do this with another city as home base.

We have been building friendships with other great regional jam bands as we tour.  Aqueous, Grub, and Orange Corner in Buffalo, Baked Shrimp and Peak from NYC, Act Casual & Ma Baker from Michigan, Litz, Natalie Brooke and Gordon Sterling & the People from DC.  So many amazing bands that we love and appreciate that we can’t name them all. This year at Larrypalooza we are bringing all of these folks to town for an amazing weekend of the best up and coming regional jam bands. We are so excited to share what we have already seen on the road. We will also be joined by our Pittsburgh and WV jam family: Habatat, Brahctopus, Moat Rats, FUBAR, Stationary Pebbles.  Tickets and the full announcement will be coming very soon! (hopefully by the time you air) 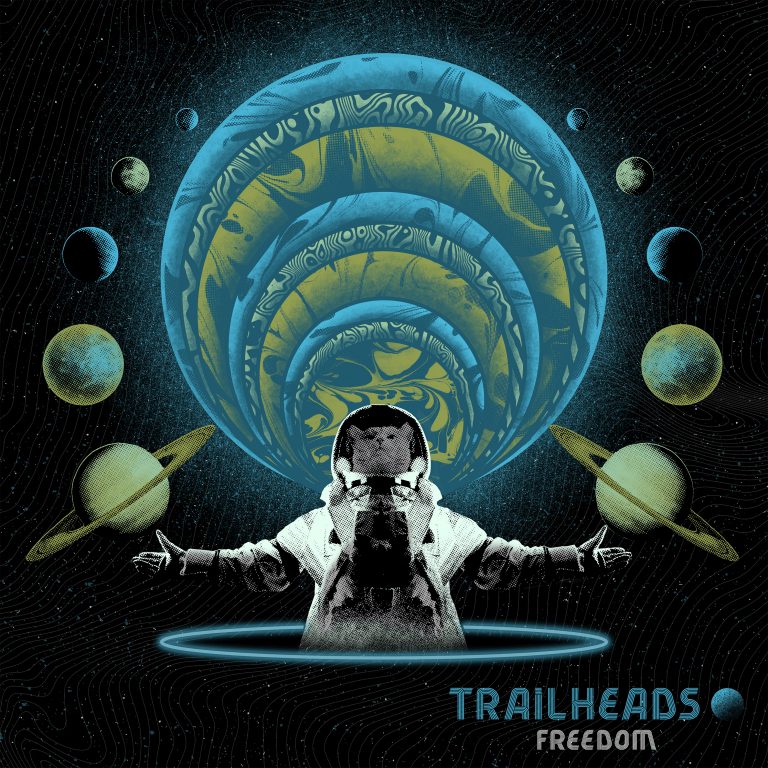