Crafting incredibly catchy power pop songs for nearly 2 decades, The Chad Sipes Stereo have been working on a new concept album called Thoughts and Prayers. The record examines the side effects of a pill-centric society, both good and bad. Consider the title track your clinical trial. Chad Sipes recently spoke with Morning Mix host Joey Spehar about the new album and its theatrical nature and how a revolving cast of musicians have stayed together for so long.

I was in a number of forgettable bands up until 2000, when I became bassist for Sodajerk. We were on the front end of the alt-country thing that was happening at the time and we opened for bands like Butch Walker and Drive-By Truckers. We even got to play with mega-cheeseball country act Montgomery Gentry at the Wildhorse Saloon in Nashville. We really wanted to be the Replacements. Maybe we should have been more careful what we wished for, because the band just stopped being fun for me. I left to start my own band, and the founding members relocated to Atlanta. I’d like to think Sodajerk were early country pioneers in this town.

I named my band The Chad Sipes Stereo because I never imagined I would be able to keep a core together. I thought the only constant in the band would be myself and a revolving cast of musicians. Fifteen years later, we have essentially the same members. We added Jon Miller on guitar a few years in, and Nick McCall on drums in 2017. Erik Cirelli has stuck with me since the beginning.

To me, The Chad Sipes Stereo is power pop.  My primary goal is to write deep hooks and anthems and, on this album, I think I’ve accomplished that. The funny thing about our sound is we don’t really sound a lot like my favorite bands.  I think when you write good hooks you almost can’t miss with the arrangement. My bandmates know I want to serve the melody first, but we have the ability to add some really different things. Our lead guitarist Erik is well known as an experimental guitarist and noise musician. Our other guitarist Jon is a studio owner and a really sharp recording engineer. Our drummer Nick was a fan of the band before he joined, and comes from a punk rock background. We have some really unique tools at our disposal.

We really did our homework in pre-production on this record. We sat down with Dave Wheeler (producer) and listened to a lot of different stuff. We leaned hard on Weezer’s Pinkerton because my voice has a similar emotion, and I wanted huge guitars. I really wanted to tap into a harder edge of our sound on this record, and that’s not always easy to do when you have a voice that has been compared to Elliot Smith. That’s why working with Dave was so important. He knew exactly what we were trying to accomplish. So we listened to Ty Segall, we listened to Pearl Jam’s Versus, we listened to In Utero for production ideas.  I knew this was shaping up to be a modern post-grunge record. So far there’s been some OffSpring and Foo Fighter comparisons, which is fine.  I’m always surprised by how much I’m influenced by music that i don’t necessarily like.

Tell us about the concept of your new album, Thoughts and Prayers.

Thoughts and Prayers is about America’s relationship with pills. There is a storyline that weaves through the album, loosely focusing on one character.

The album begins with “Every Single Kid (has some kind of problem)”. It was the first song I wrote for the record. The story is about parents who medicate their kids because they don’t want to deal with the tough parts of being a parent. I used this song as the lead off track because it focuses on children and was a good jumping off point for the story to progress.

From there I attack the pills theme from all angles. It was very important to me as I wrote this album that I didn’t come off as preachy or judgmental. My core message is, no matter who you are or what your background is, we are all going to end up on pills at some time in our life. But there is a hard truth. There are doctors, insurance companies, and CEOs out there that have so much skin in the game, and I wanted to address that side of it too. The songs “Pharmacy” and “Bruise on you” emphasize this point.

It’s not all doom and gloom. “New Prescription” and “Pill for That” are songs that celebrate how amazing pills can be for so many people. There are so many people who are sick and can now function in their day to day life because of pills. People whose lives are longer because of them. No matter what your issue is, there is a pill for that.

Writing this album was a really unique experience because it is a concept album. Once I knew what I was writing about , I started to treat it almost like a musical, where I was able to put all the pieces together of this story that I wrote. Like any good musical, there is an overture that is repeated throughout the songs on the album that ties all the songs together.

Tell us more about the song “Thoughts and Prayers.” What inspired you to write it?

I knew “Thoughts and Prayers” (the song) was going to close the album. I was imagining the ending of a musical where the entire cast comes out in robes at the end, sort of like Jesus Christ Superstar.  In the story, the main character finally frees himself of his pill addiction that started when his parents medicated him at a young age. Shortly after, he gets very sick and ends up on pills again in the hospital until he dies. The end of the song has this big powerful refrain inspired by the bridge from “Because the Night” by Springsteen. In this moment, our character comes back and joins the cast. Even though he is no longer with us, he is ok, he looks beautiful, and he is free from his addiction.

I’m one of those guys that grew up with a cool older sister. When I was 10 I she introduced me to REM, and I’ve been chasing that high ever since. The first album that absolutely floored me was Fables of the Reconstruction. I had never heard anything so pretty and weird. The lyrics were different. The artwork on the album was complex. The colors were murky and earthy. The singer’s voice was so grainy and deep. Their photographs were obscured, not on the front of the album like Duran Duran or whatever else was happening at the time.  I loved the mystique. Today we know way too much about bands and artists. There’s very little room for imagination.

Pittsburgh is a smaller city, so it’s pretty easy to connect with other bands. I also think Pittsburgh showed a lot of heart during the pandemic. For every large venue that closed down, a DIY venue seemed to pop up.

I’m an avid indoorsman and I absolutely hate having my picture taken. 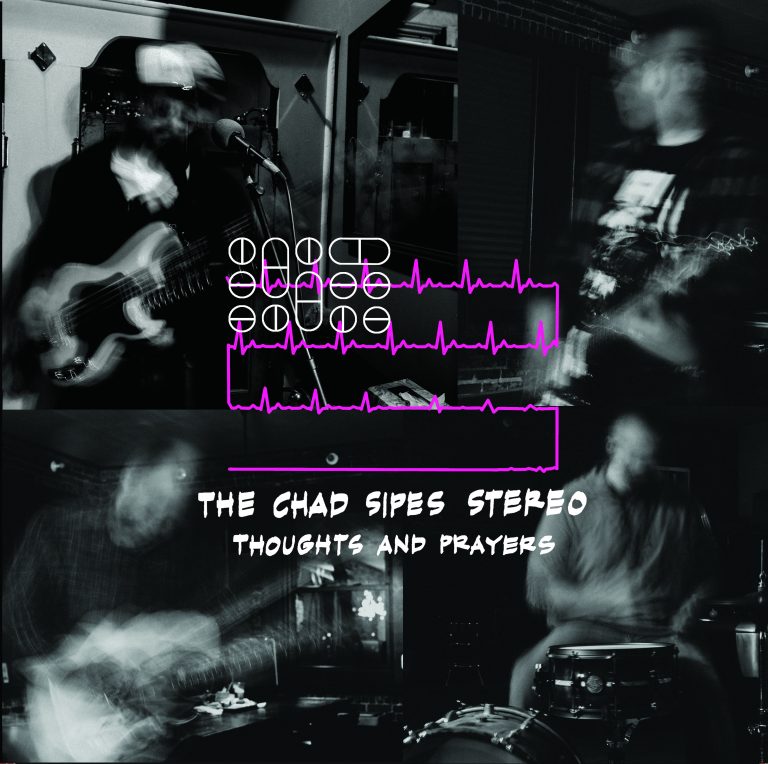