Moemaw Naedon is a gifted lyricist inspired by gritty 90’s hip-hop. He recently teamed up with producer C.Scott on an album called River Rats, which came to life down on the Allegheny during the height of Covid lockdowns. The song “Awesome Environment” is a reflection on Pittsburgh’s natural beauty and the joy of being alone. Moemaw Naedon recently spoke with Morning Mix host Joey Spehar about taking music seriously, channeling Frank Zappa, and chopping up obscure VHS tapes.

I’ve been into hip-hop since about 96-97, in high school. I started getting into spinning vinyl and scratching records with really lo-budget equipment in my bedroom. From then, I started freestyle rapping with friends and making beats from sampling records with a one bank sampler and two tape decks.  I never sat down and wrote rhymes back then, but I always had a knack for it.  I never really took the steps to buy real equipment or take the craft seriously, and kind of put it down for about ten years. After some necessary life changes, I picked it back up in 2008 and went full force. I got back into making beats and started actually writing songs to them.  Got with a couple homies I knew from high school and formed the group Fortified PhonetX in 2009. We did monthly shows in Pittsburgh for a few years then did small tours around the Midwest and East Coast. I started learning how to record and do sound engineering, so I just started recording and mixing my own stuff and releasing solo albums and also started working with different producers and emcees from Pittsburgh and all over.

Gritty, 90s hip-hop sound with an introspective and abstract twist.

Tell us about the the album River Rats and about C. Scott.

I’ve known C.Scott since about 2013 when he was in college out of town. We had talked on the internet about our common views on the Pittsburgh hip-hop scene. We both see the sonic side of hip-hop from similar perspectives – crate digging and sampling being the root. We kept in contact over the years and since Pittsburgh is such a close knit city, it’s impossible to not run into each other; being on the same show bills, parties, DJing the same venues, studio sessions at each other’s labs, etc.

We started developing a friendship over the years. We worked on some exclusive live show material and loose one-off collabs over the years and had always thought it would make sense for us to put out a project.  It just took the right time for us to both buckle down and get it done. We had done a show in July of 2019 at the now defunct Haus of Vain clothing shop in Pittsburgh and decided to go back to C.Scott’s spot after our performance and chop up some samples and kick it for a minute. He came up with a beat pretty quick and I started messing around with some bars. After I came up with the first  verse, one of us, or both of us said, “Alright, this is the start of our project.”

I think this was the natural jump-off point we had been waiting for. After that, we met up when we could and crafted the rest. We worked on a lot of the project during the 2020 summer at the height of Covid lockdown.  Since we couldn’t really hang out indoors with people that often, we chilled at the shores of the rivers in Pittsburgh drinking, smoking, building fires, playing beats out of Bluetooth speakers and just talking about what we we’re going through. Thus, the title River Rats was born. The whole album really is a reflection of the progression of our lives from 2019-2020.

The album title was kind of a joke at the time since we were both hanging out at the river so much. Then, C.Scott proposed the idea of flipping the Frank Zappa Hot Rats album cover, but instead of a person coming out of an empty cement fountain, it would be a rat coming out of the Alleghany River where we both frequented. We are both crate diggers and fans of this Zappa album so it made all the more sense! I took the album artist Ronnie Hicks down to the river and we found the perfect spot which included a known bridge on the Allegheny, so you know its official. We snapped a photo and he used that as the backdrop for the album cover.

Tell us more about the song “Awesome Environment.” What inspired you to write it?

It was just following the process of me and C.Scott hanging out outside during Covid. Honestly, I had one of the best summers of my life, often being outside by myself riding my bike and hiking with no one around. Just me and nature. I used to look around and think how simple and beautiful it was. I had the beat from C.Scott in the headphones on one of those days, and the words “Awesome Environment” just kind of fell into place over it.

Constant inspiration since there are extreme weather seasons that carry all kinds of human reactions and emotions with them.

I also DJ all vinyl sets around the city and have done my own video edits from my vintage VHS collection. 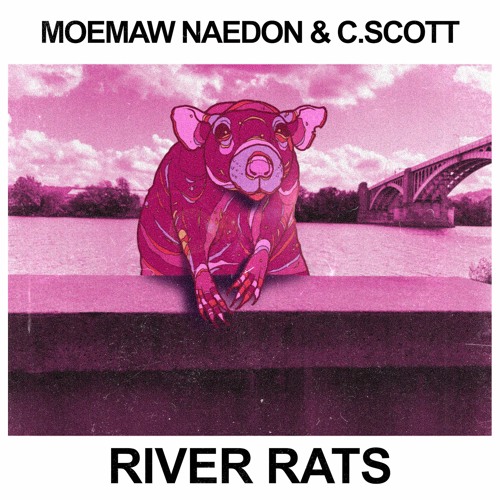