Ben Orrvick is a software developer who makes music under the moniker Kahone Concept. His songs read like internal conversations, tackling issues like self-doubt and fear of failure with a bright, alt-pop sheen. That feeling is manifested in his latest single “No but Kinda.”

Orrvick recently spoke with Morning Mix host Joey Spehar about civic pride, being honest with yourself, and Green Day.

When I was a young boy, my father took me into the city to see a marching band. He said, “Son, when you grow up, will you be the savior of the broken, the beaten and the damned!” I told him that’s a little too edgy for my taste so I got into classic rock playing drums and guitar. Then as I got older, I realized that the lead singers make the most money and they are like everyone’s favorite in the band so I started wearing skinny jeans and recording alt-pop music on my laptop. Fast forward to now, it ended up being more work. Creed Bratton said it best, “I’ve been involved in a number of cults, both as a leader and a follower. You have more fun as a follower. But you make more money as a leader.”

I actually have an answer for this. Everyone is always like, “Oh, we are so unique and nobody has ever made music like us and we can’t think of anyone blah blah blah.” That’s a lie! They just don’t want to tell you who they like, because then you will notice all the songs and melodies they ripped off.

I sound like if Coldplay and Twenty One Pilots made a baby that wasn’t very cute, but it had a great personality that took it from a 3 to an 8 on the adorable baby scale, and then they raised it in the countryside and only let it listen to Catfish and the Bottlemen and Kings of Leon, then, when it became a teenager, it was rebellious and moved to the city and started listening to Dua Lipa and Olivia Rodrigo, but got homesick and moved back home and likes its parents’ music again.

Tell us more about the song “No but Kinda.” What inspired you to write it?

Most of my songs are conversations with myself. “No but Kinda” is about phases I go through where I don’t value myself like I should and kinda always fall back on quitting. I called it “No but Kinda” because I have an older song out called “Maybe” and this is like “Maybe Part 2.” Originally it was called “the cock song” (as in cock a gun) but, for obvious reasons, it wasn’t very telling of what the song was actually about. I didn’t want anyone thinking it was about roosters.

Unfortunately, this is a dying question because singles have taken over, but I do have an answer. When I was a kid I had Green Day’s Dookie on CDand I listened to it religiously. There was a secret song that I heard once and would always listen to the album to find it and never could and it drove me insane for years. Turns out it was like a minute at the end of “F.O.D.” and I wasn’t crazy. Streaming kinda killed hidden tracks. I think I would love to do one. Oh, before I forget, I remember going to Walmart to buy the American Idiot CD and Walmart didnt carry it because it was considered inappropriate. Remember those headphones attached to the aisles?

I love pittsburgh. It’s home. I want to be something that Pittsburgh is proud of. Winning over Pittsburgh is more important to me than success anywhere else. If I could be a band like Gene the Wearwolf or the Clarks and get invited to all the local events to play, that would be a huge accomplishment.

I was thinking the other day about how sad I would be if I moved to a different city because I’ve made so many friends in the music scene here. Over the years I’ve got to become pals with some people at the different radio stations, news outlets, venues, event spaces, studios, musicians, thrift stores, etc and that’s what makes it worthwhile. I love meeting people and making new friends. I’m not always in a great mood or the best person, but the days that I’m representing Kahone Concept, I have a rule that every single interaction I have with someone I want them to walk away feeling good and good about themselves.

Music is great experience and sensitive and loving and magical and I want to contribute as much as I can. It’s easier said than done, but it’s an opportunity to be the person I wish I could be 24/7. I don’t mean to sound fake, it’s just hard always being nice and positive in life and I really envy those kind of people that are ALWAYS so nice and gracious. I just want to be the best that I can be and be a genuinely good person, and I know that it’s gonna be a lifetime of work.

It’s crazy how similar that aspect of my life and the music aspect are. It’s been a great tool to learn new music software and build liveshows and get good with technology. I coded www.kahoneconcept.com.

I love Costco hotdogs. When I die, I hope I’m in Costco with two hotdogs in my hands.

I write, record, produce, film, graphic design, program lights, set design, merch design, branding, managing, marketing and pretty much everything myself with the exception of a few things here and there.

Wait, you asked for super interesting things. Nevermind lol. I can make a quarter disappear.

Oh wait, actually this might be a good time to help out local bands. I coded a free website called www.musicmonolith.com that helps artists find playlists and playlist contacts based off of whatever word they type in. It should still be live. I’ll have to check. 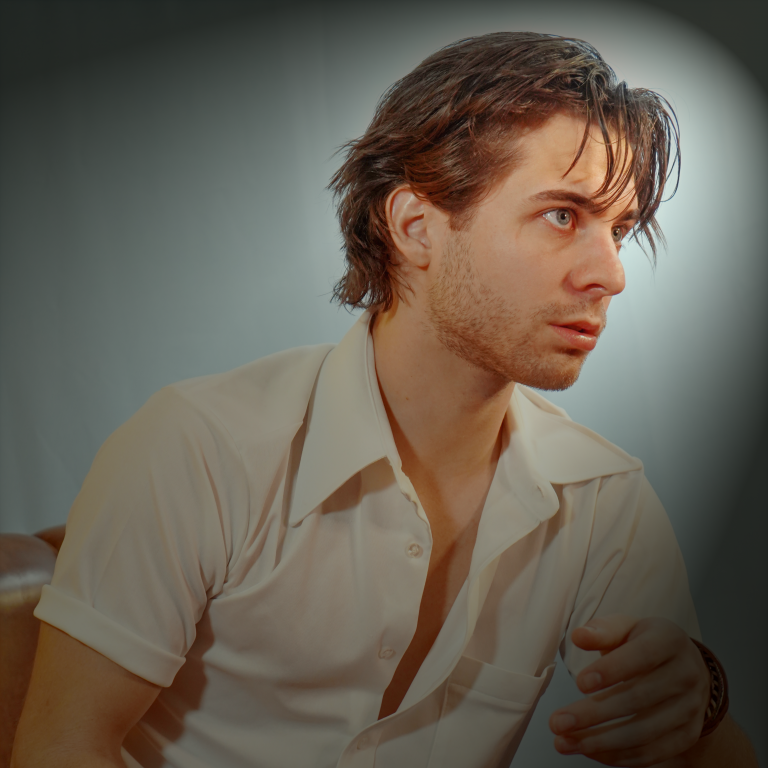