Ferdinand the Bull was formed almost a decade ago by guitarist and songwriter Nick Snyder. In recent years, the band has expanded its sonic palette while building a bigger, more dynamic stage show. Texas Cigarette is a song about the dual nature of change. Snyder recently spoke with Morning Mix host Joey Spehar about new relationships, reaching national audiences, and The Beatles.

Formed by Pennsylvania-based frontman Nick Snyder, Ferdinand the Bull is an indie-folk collective rooted in big hooks, carefully crafted songwriting, and a dynamic stage show. Raised an hour from Philadelphia in Kutztown, Snyder later moved to Pittsburgh, where he launched Ferdinand the Bull in 2013. The band was initially an acoustic project, its songs punctuated by vocal harmonies, heartland hooks, and the influence of rootsy contemporaries like The Avett Brothers. Released in 2013, the self-produced Ella EP introduced that stripped-down sound, with Snyder handling all songwriting and instrumental duties apart from harmonica. The band’s lineup grew over the next two years, bringing a new sense of energy and dynamics to Snyder’s songs.

Things began to expand with 2015’s Amber Skies and the Evergreen, an EP that made room for mandolin, banjo, swooning strings, and thick stacks of harmony. Recorded nearly an hour outside of the city, Amber Skies and the Evergreen helped Ferdinand the Bull build its reputation as one of the city’s premiere folk revivalists. “When we started playing in Pittsburgh, there wasn’t a big folk scene,” Snyder remembers. “If you wanted to play shows, you had to play in local basements. We were playing with a lot of punk bands and rock bands who had loud, distorted guitars. They’d finish their set, and then here comes this folk band with a banjo. We learned to be boisterous and to keep the energy up. We learned how to make people listen.

Days We Forgot arrived in 2016, marking the band’s full-length debut. It was followed two years later by Painting Over Pictures, an album that found Ferdinand the Bull expanding and electrifying its sound. Inspired by the organic folk music of the band’s early influences as well as the anthemic, festival-friendly sounds of Arcade Fire, Painting Over Pictures featured drums, a string quartet, horns, and electric guitars. The album spent two weeks on the NACC Top 200 chart with a peak at 130 and climbed to #8 on the College Radio charts, earning airplay on hundreds of radio stations nationwide.

Now a high-energy folk band for big stages and bigger crowds, Ferdinand the Bull hit the road, playing everywhere from Seattle to Los Angeles. They also rose toward the top of the midwest’s folk circuit, opening an amphitheater show for Josh Ritter one minute and playing alongside Rusted Root the next. The Pittsburgh Post Gazette reviewed one of the band’s performances in Oregon, noting that the music “inspired non-stop dancing,” while Noisetrade gushed, “They craft some pretty musical magic.” Meanwhile, networks like the Discovery Network and PBS featured the band’s music, broadcasting Ferdinand the Bull’s music to a national audience.

Ferdinand the Bull continues to evolve its high-spirited sound with an upcoming EP. Recorded by the bandmates themselves and mixed by the Grammy-winning engineer Craig Alvin (Brittany Howard, Kacey Musgraves), the record showcases the sturdy songwriting that’s always served as the group’s foundation, as well as the adventurous arrangements that have transformed the group from a one-man band into something much bigger.

Recently, our sound has been shifting towards the indie side of folk and americana, taking influences from bands like Arcade Fire, Middle Kids, Mt. Joy, and Bright Eyes. As we’ve been playing larger and larger venues, we’ve grown our sound to fill up both the sonic landscape and the spaces in which we’re playing.

Tell us more about the song “Texas Cigarette.” What inspired you to write it?

“Texas Cigarette” was a concentration on the ebb and flow of feelings when you’re going through the beginning stages of a relationship, as change can be both soothing but uncomfortable. Ultimately, it is an introspection on my inner conflict in my hesitation to grow and change, but my hesitancy to commit to the progress I had been making. With the music, I tried to mirror this sense of ungroundedness with the song frequently transitioning between key signatures. For this song, I always felt that I wanted to feature a trio of singers to feel kind of like a Ray Charles song, and make the voices almost an extension of the tone in my head while I’m singing the words

I grew up on oldies and singer-songwriters, with some favorites in James Taylor, CCR, and the Beatles. The first times I listened through Abbey Road and Sgt Pepper were truly life changing for me. I had no idea that music could be or make me feel like that. The music was almost synesthetic in that it would take me places and make me see things. It was the first time I really felt the power and art of music as opposed to just casually listening. Those albums took me from skipping to my favorite songs to feeling compelled to go through the whole album. I still get that feeling these days when I listen to new music, and we’re so lucky to have so many good artists these days – it feels like we’re living in a truly special time for music.

The people in this city are super supportive, and we’re lucky to live at the crossroads between the midwest and the breadbasket so we get a lot of good bands coming through here. It also serves as a great home base because we’re close to so many major markets! And also thankfully we have amazing and supportive radio stations here like WYEP 🙂

Learn more about Ferdinand The Bull: 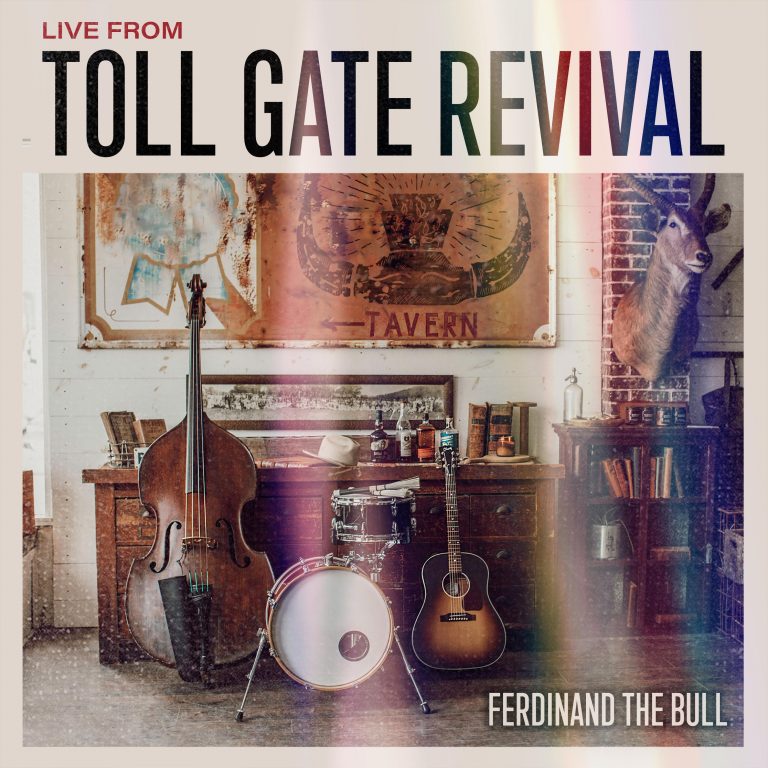