Essential Machine is a family band from Greensburg featuring RJ and Karen Dietrich and their son Robert. Their new release – Exponential Crisis – is a sonic portrait of existential dread that they call synth rock for the end of the world. “Almost Outta Here” finds them pondering what ifs in a world that that seems to change every minute. Essential Machine recently spoke with Morning Mix host Joey Spehar about feeling helpless amidst the chaos, making music with Laura Jane Grace, and almost getting out of here.

Robert: I started playing the flute in elementary school, which started a lifelong love of performing and creating music for me. I really didn’t have much experience playing keys before working on music as part of Essential Machine. Over time, as my abilities grew, so did the complexity of my synth setup and the diversity of my skill.

Karen: I was a chorus and musical theater kid in school and I’ve always been obsessed with music. When I met RJ, he showed me how to play guitar and we started writing songs together. At first I was just writing lyrics, but eventually I began playing instruments in the band and writing music, too. First I played glockenspiel and now I play the drums. This is the first and only band I’ve been in, which makes me feel very fortunate.

RJ: I started playing piano at age 11 and guitar at age 13. I started my first band with my brother and our friend Laura Jane Grace (Against Me!). We started writing songs together and played our first gig at the County Fair. I played in bands in Florida for many years. After moving to PA me and Karen started making music together as a folk duo and Robert began playing with us after that.

Robert: I would call it synth rock, but I might be a little biased. Indie rock works too!

Karen: Joy Division and The War on Drugs had a love child.

RJ: Synth rock for the end of the world.

Exponential Crisis is an intriguing name for a record. Can you talk about what it means to you?

Robert: I liken it to a massive ball of stress; a sense of urgency that is forever growing as it rolls down the hill. It feels impossible to do anything but sit back and watch the chaos unfold.

Karen: I like the play on existential crisis, because it really is neverending. And I also think it represents how a lot of people are feeling right now. This sensation of being on a runaway train and you can’t figure out how to stop it or slow down. It just unfolds into infinity.

RJ: The crisis not only has no end but it’s multiplying daily. It feels unstoppable.

Tell us more about the song “Almost Outta Time.” What inspired you to write it?

Karen: We actually experienced an almost outta here moment with our music in March 2020. We had released an album and it got some radio play and then our friend Laura Jane Grace invited us to open for Against Me! at their Pittsburgh show at Mr. Smalls. We booked a spring tour around the radio play and though it was modest, we could begin to see a path forward, booking out some DIY tours in the northeast, midwest and the south and making more music and really living our dream of being full-time touring musicians. And then it was all wiped away by the pandemic. Now we’re so grateful and excited that we have new music to share and more DIY tours to book.

RJ: Karen answered this one perfectly.

Robert: I first discovered Mac DeMarco with his album Another One, and his music has had a big impact on my creative output within Essential Machine and outside of it. His simple yet powerful songwriting style and unique sonic palette informed a lot of my music taste, aesthetically speaking.

Karen: Pink Floyd’s The Wall. It’s one of those albums that I clearly remember discovering and thinking it was just something completely new and different even though the album was about 25 years old at that point. I love how great music can be timeless like that. The Wall, and Pink Floyd in general, really cracked open the whole new realm of creative possibilities for me.

RJ: For me it was Pearl Jam’s Ten. I felt a very strong connection to that record. We played the Pearl Jam song “Porch” at our first show at the county fair. I was heavily influenced by the emotion that the band shares through their music. I have always strived to do the same with my music ever since.

Robert: The local music scene is very welcoming to new acts and playing shows with a wide variety of artists has been a rewarding experience.

Karen: We have great venues and great audiences.

RJ: The music scene is friendly and supportive. We have wonderfully artist friendly venues and promoters. And of course having a radio station like WYEP that is such a champion of local and independent music is truly priceless. We have absolutely insane local music festivals. I think people who aren’t from Pittsburgh might not believe how amazing these festivals really are!

RJ: We produced Exponential Crisis ourselves. We recorded everything but the drums and mixed and mastered it ourselves. 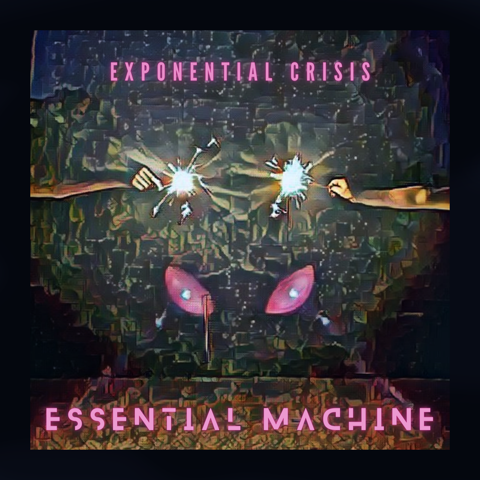