Choice Words is a project from Chicago native and recent Pittsburgh transplant Del Weinberg. Weinberg sings lead from behind the drums and sounds an awful lot like Elvis Costello. The new song “Talk Myself Out Of Love” is a reflection on missed opportunities.

Del recently spoke with WYEP’s Joey Spehar about moving to Pittsburgh from the Windy City, 60s girl groups, and the band’s upcoming shows.

I moved to Pittsburgh right before the COVID-19 pandemic hit, which is possibly the worst time for a musician to relocate. I was fortunate to sit in a few times with Bindley Hardware Co.—including for an Elvis cover set at WYEP’s 1st Hellbender Ball—and the Honky Tonk Jukebox prior to everything shutting down. I have only now started playing out regularly with my two bands, Choice Words and Boy Wonders. Prior to Pittsburgh, I was in a bunch of Chicago punk bands for about 10 years. I have been super fortunate to tour the US several times, as well as done a slew of shows throughout South East Asia.

I definitely do not hide my influences very well. The name “DELvis” Costello has been thrown around a few times and I couldn’t ask for a nicer comparison. In terms of our live show, I like to refer to it as if Keith Moon was the lead singer of the Who. I try to channel that type of wild energy while singing lead vocals from behind the drum set.

Tell us more about the song “Talk Myself Out Of Love.” What inspired you to write it?

I initially wrote “Talk Myself Out of Love” as a simple, three-chord power-pop banger about young love breakups. The lyrics evolved over time to be more reflective about missed opportunities, and times where one gets so hung up on things being “perfect” that they fail to take advantage of something new and potentially great. I’ve framed that type of experience in the context of a relationship, where someone decides not to take the plunge even though there’s nothing really amiss. It’s about not giving yourself the chance due to fears of an unknown future.

…um is an intriguing album title. How did it come to be?

Yeah, I try not to take myself too seriously. The album title is supposed to be a bit tongue and cheek, and a play on the band name Choice Words. It’s as if George Jetson is all in a huff and about to give his boss Mr. Spacely a piece of his mind, but when the time comes, he’s got nothing to say…

When I was really young, my neighbor gave me a mixtape of a bunch of 60s girl group/60s R&B tunes (The Chiffons, Leslie Gore, Jackie Wilson, The Supremes, Sam Cooke, etc.). I doubt he knew of the profound impact that tape had on me. I still love the 60s girl group sound, and my collection of 60s Girl Group and Northern Soul records is getting a bit unruly. I’m doing my best to pass down this love, and made a mix CD for my two-year-old daughter that we keep on rotation in the car. Ask me to show you the video of us singing “He’s So Fine.”

The welcoming music community is by far the best part about making music in Pittsburgh. It’s not easy moving to a new town in your 30s and having to build up all new music connections from scratch. I’ve been so grateful to fall in with an awesome group of musicians. I’d like to give a huge thank you to the other guys in Choice Words—Derek January, Joe Pratski, and Warren Pryde—who have been awesome enough to play with me despite being crazy busy with all of their other musical endeavors.

We just held our release show for “…um” a few weeks ago at the Government Center and were joined by this amazing Pittsburgh band called Tokyo Sayonara. Their fearless leader, Charles Dunton, writes powerful driving rock tunes with awesome pop sensibilities. I definitely recommend checking them out. I also grew up a huge Modey Lemon fan. Not being from Pittsburgh, I never got to see them live. I’m not even sure if any of those gents are still in the area, but if so, I’d love to jam.

November is a crazy music month for Choice Words. We are doing a full-band set on November 6th opening up for San Diego garage rockers The Schizophonics, and then I’m doing a solo guitar set on November 9th at Whisper Nest and November 15th at the Government Center. Our other band, Boy Wonders, is hosting our album release show at Cattivo on November 19th with Pittsburgh locals Sun Dawgs and Pat Coyle. 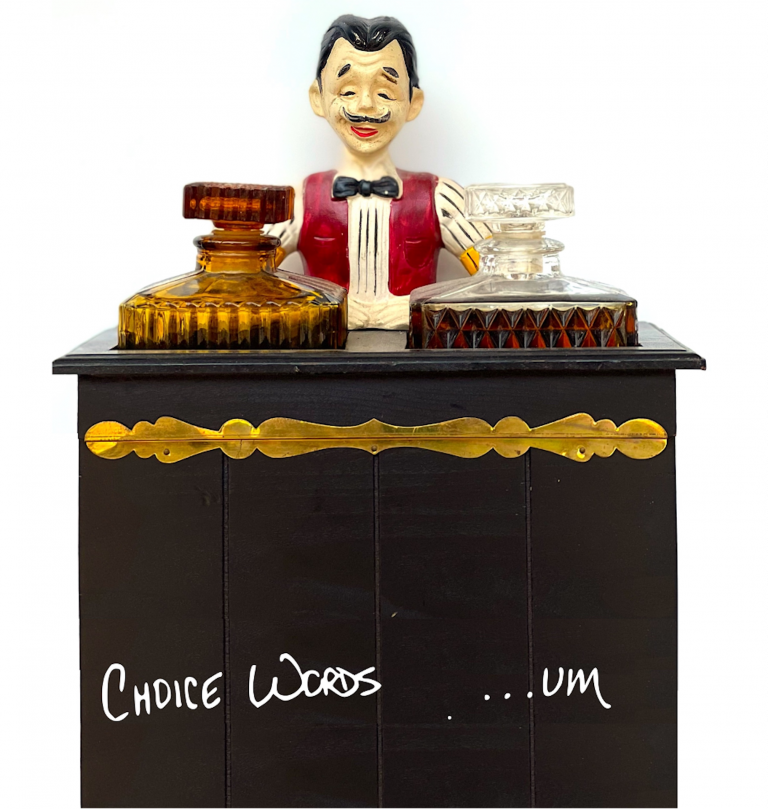