Steve Soboslai started this project after going through a tough breakup. The Punchline lead singer is feeling good these days, however, because the breakup didn’t last and now, they’re happily married. The new song “Strange Place” is full of soaring guitars and unexpected melody lines.

I started my band Punchline in 10th grade. We toured a lot independently. I did our booking for a long time and tried to get us shows anywhere and everywhere. For years, we toured and toured. We signed to the record label Fueled By Ramen. Saw Fall Out Boy, Paramore, Panic At The Disco, etc. take off under the guidance of now Interscope Records CEO John Janick, who had signed us. Got very into the songwriting part. Started a DIY record label – Modern Short Stories. Experimented with different approaches to releasing music – big release vs small release. Went back to college and finished my last year.

Went through a difficult breakup. Started Blue of Colors. Released Blue of Colors Small Little Pieces LP. Managed some musicians like Badboxes along the way. Got into making music for TV shows. Followed that to Nashville. Lived there for 5 years. Moved back to Pittsburgh. I fell in love with music again, wanted to just do my own music & bands. Married the girl from the breakup. Made another Blue of Colors record.

Non-abrasive rock for people who feel alive, but then remember they’re gonna die.

What’s your favorite side project?

Tell us more about the song “Strange Place.” What inspired you to write it?

I heard the tune in my head. That’s how it usually works for me. It’s like a muffled ear worm that I’m trying to uncover and make more clear. Finding life in simple ideas is so pleasing to me.

The video for “Strange Place” is so fun to watch. Can you talk about making it?

I had seen the videos that director Anthony Peduzzi had done for bands like String Machine and Jack Swing. Could tell he really had an eye and wanted to do something with his crew.

I’m very inspired by the people that write good songs, have a good understanding of their artistry, and self produce their music. There are plenty of these wizardly people here in Pittsburgh. Mystic Seers & Pat Coyle to name some.

I like vegetables a lot. Many people have told me I like beets more than all of the people they know. Vegetables make me feel so good.

Learn more about Blue of Colors: 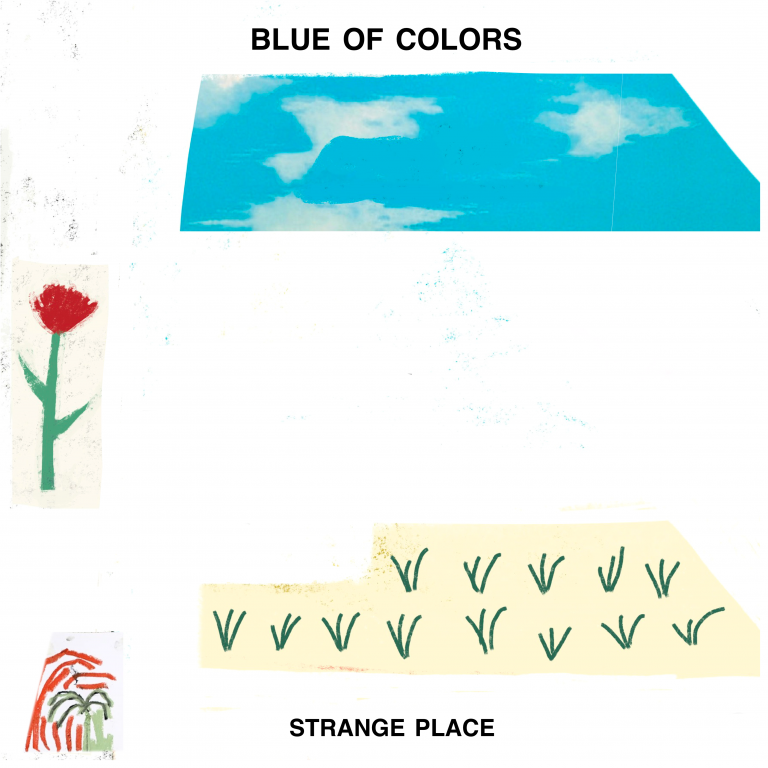