“You never know where someone came from or what they’re going through,” says Josef DiPietrantonio. “You don’t know where people want to get to.”

DiPietrantonio is a Pittsburgh musician who records and performs under the name One Man Sample.

The song “Kids” from his latest release, Care Fully, is a moving piece of music that came to life on an ordinary Pittsburgh day.

“The day kind of started with me seeing different types of interactions with family members, like parents and their kids,” he said. One interaction, outside of a Pittsburgh hospital, could only be described as rough. “I was like, ‘Oh man, that is just a different upbringing than what I got.'”

Later that day, Josef found himself taking a friend to another hospital in a different part of town. That feeling from earlier stayed with him so he brought along his guitar.

“So, I’m just sitting up there,” he said, “And now I get to watch this other interaction of family members playing with each other and having a great day.”

That dichotomy of situations inspired Josef to look at his own life. It’s a relatively common trope that artists must suffer to make their art, but Josef is quick to thank his parents and siblings for their part in giving him a happy life thus far, saying, “They helped me write the side that I understood and that actually helped me project onto this thought of, ‘How do other people come up?'”

Music helps him process those thoughts and feelings and it gives him an outlet to help people if they need it. The name One Man Sample comes from the idea that, while we’re all a part of something big, at the end of the day, our experiences are unique. We’re all, statistically speaking, a singular sample size. According to One Man Sample, “What I’m writing in these songs are my take and how I’m putting out my feelings. How does someone take that and maybe sample it from themselves?” 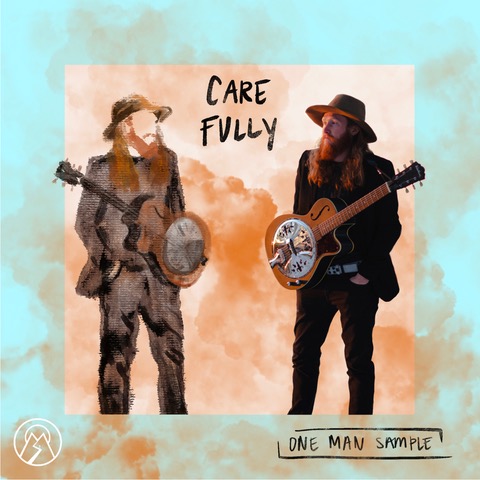