Neil Young was born on Nov. 12, 1945 in Toronto, Canada. He got into rock & roll as a teenager and began playing ukulele. In 1963, Neil dropped out of high school to play with his new surf-rock band The Squires.

Neil was getting into Bob Dylan’s music as well and he began performing in folk clubs, meeting other up-and-coming musicians on the scene like Joni Mitchell.

In 1966, Young moved to Los Angeles and formed Buffalo Springfield, along with, among others, Stephen Stills. Around this time, “Flying on the Ground Is Wrong” written by Neil Young was recorded by The Guess Who, hitting the top 40 in Canada.

Buffalo Springfield ended their tumultuous career together in 1968, but Neil had moved to work with another band called Crazy Horse.

Neil’s Buffalo Springfield bandmate Stephen Stills called him in to join his new band Crosby, Stills & Nash. They had already recorded their debut album as a trio, but he joined them in time for the Woodstock Festival in August 1969. Neil refused to be filmed at Woodstock and only played with the others for a portion of the set, but the full quartet performed Neil’s song “Sea of Madness” as well as other songs on the Woodstock stage.

In addition to being part of CSN&Y, Neil continued as a solo artist, releasing After the Gold Rush in August 1970. Neil focused more on his solo career with his Crosby, Stills & Nash relationships strained, and he recorded a new album in Nashville. Harvest was released in February 1972. The song “Heart of Gold” went on to hit #1 on the pop chart, the only chart-topper of his career.

The members of Crosby, Stills, Nash & Young continued to record in solos and duos and after a successful tour, they attempted to reunite in the studio for another quartet album. The familiar acrimony between band members returned, and Crosby & Nash left to pursue work as a duo while Neil and Stephen Stills continued to record the 1976 album Long May You Run as The Stills-Young Band.

The 1978’s solo album Comes a Time featured some contributions by Crazy Horse. Neil would crank up the amplifiers working with Crazy Horse on the next album, Rust Never Sleeps, in 1979.

The 1980s would turn out to be a period of personal and artistic experimentation for Neil Young. After multiple albums that were critical and commercial failures, he returned to form near the end of the decade particularly on the album Freedom from 1989.

Neil revisited the style of his Harvest album in 1992 with Harvest Moon, bringing back some of the musicians who also worked with him in 1972.

Neil Young’s experiments with rough-hewn, loud rock in his work with Crazy Horse had made him a bit of an icon after grunge rock emerged in the early 1990s. He was dubbed “The Godfather of Grunge,” and the feelings between Neil and some of the grunge bands were mutual. He ended up collaborating with Pearl Jam on the 1995 album Mirror Ball.

Neil Young has continued his restless exploration of music throughout the new century, as well as deeply examining and sharing his own extensive archives, with at least 16 studio albums released in the first two decades of the 21st century, alone. After influential work in now seven decades of important work, Neil has been one of the most relevant and vital musicians in rock history. 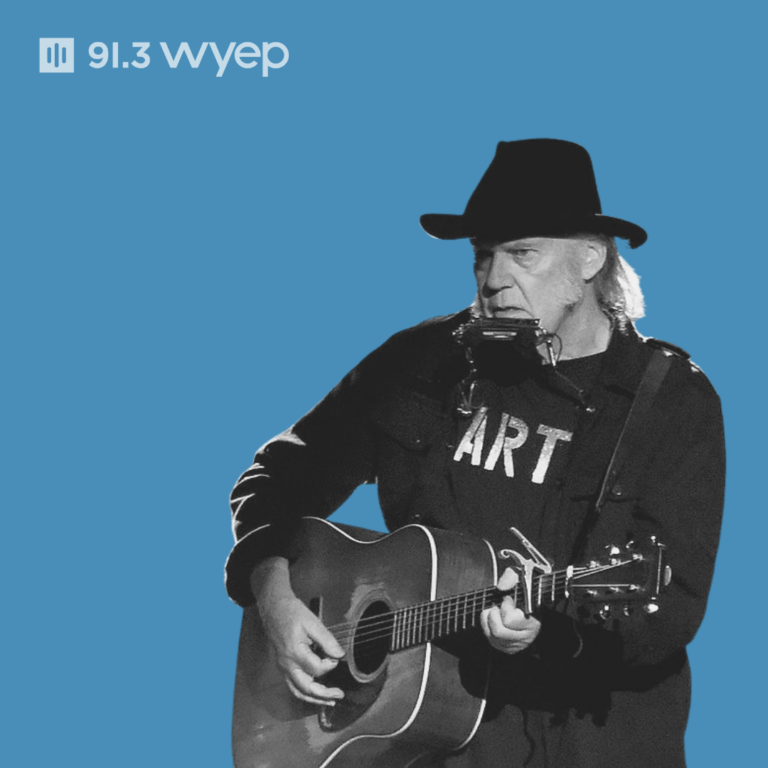