Melt is a new Pittsburgh band formed at the beginning of the pandemic.

“We started Melt and had a whole year to write and record songs which kind of worked out in our favor, ” says singer and guitarist Joey Troupe. The trio also features Ian Tepper on drums and James May on bass.

“James and Ian have known each other since childhood,” says Troupe, “Which is a pretty good thing to have for a rhythm section, in addition to them being phenomenal musicians.”

“We just wanted to create something that really had a visceral, powerful sensation,” Troupe says. “We’ve teased that our songs are, kind of, the soundtrack to the global annihilation and we don’t shy away from that, either.”

The band has a striking visual component, as well, thanks to Pittsburgh artist Joe Mruk.

“He knew all three of us through different channels,” Troupe says. “And it was like, the perfect artist to create the visual concept of Melt. We let him run with it and he had kind of had this cosmic, psychedelic aesthetic that has fit really well with both the album art and our t-shirts and logos and all that.”

The song “Alien Parade” channels that dark energy into something more positive.

“The initial concept was aliens coming to Earth to save us from ourselves rather than it being an invasion or a battle or a war, that they were coming to save both the planet and humanity, and we were grateful for their arrival.” laughs Troupe. “Hence the parade.” 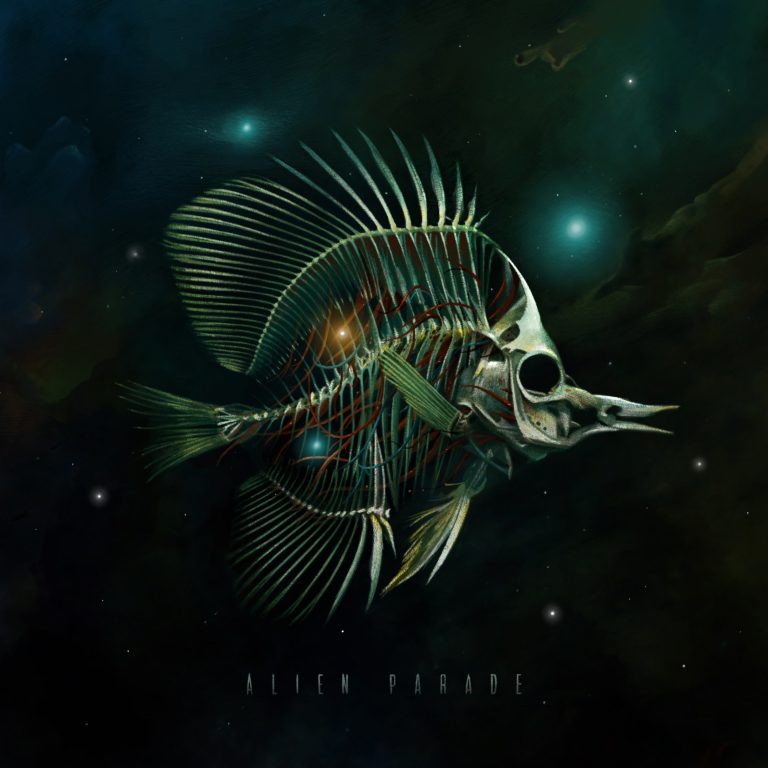