“I played so good that I destroyed an amp. It caught on fire,” says Kristian Habenicht who plays guitar in the Pittsburgh band Melinda and the Night Sky.

Named for its founder Melinda Colaizzi, I guess you could say that they’re really burning it up out there.

“Obviously I feel a little bad,” she said, “because it was the studio’s amp and, you know, apologies to The Church Studio, I didn’t mean to light your amp on fire, but I can’t help that my visionary guitar playing is so devastating to man-made products like amplifiers. It’s just what it is. We have to deal with it.”

Soon after returning to Pittsburgh, the pair were able to put together a group that could deftly bring their musical vision to life, especially on the song “Say What You Mean” – a bluesy rocker that channels the dirty Rock-n-Roll vibe of the 1970s. According to Melinda, “I just think “Say What You Mean” was one of those songs that just allowed everybody to really do their thing and shine.”

“Say What You Mean” came to life during a jam session where Kristian stumbled upon a killer riff. There wasn’t a plan for the song until Melinda found the melody and the song’s name. Then, it all came together. “After the title came to me,” she says, “We really started to know what the song was going to be about.” Kristian adds that, “Broadly, it’s a song about telling the truth and being direct. No specific experience that informed the song, just a song about being upfront with your thoughts.”

According to Melinda, “You can never go wrong being honest.” Honestly, I think you’re going to dig it. 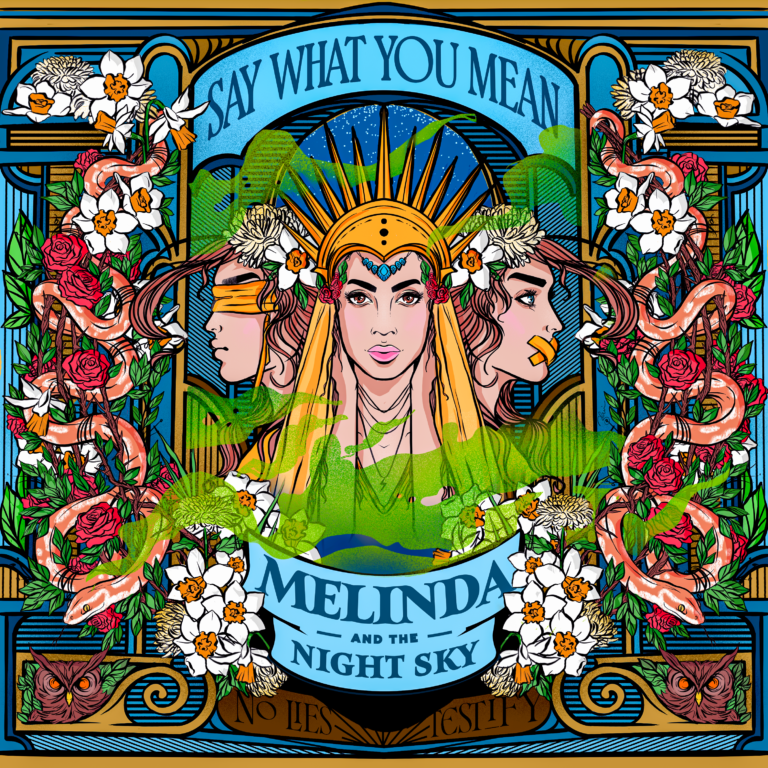