“My first ever job, I started out as a busboy at this restaurant and then played piano one night instead of bussing. The owner was like, ‘Wow, this really works. People loved it.’ So she asked, ‘Do you want to just play keyboards every weekend?’ That’s like the only paid, solo piano gig I’ve ever had.”

That moment was a catalyst for Manu Gajanan – the Pittsburgh artist behind the adventurous new album, Paradigm. The mostly instrumental record is full of dance-y beats informed by jazz and steeped in house music. In some ways, it’s the definition of a paradigm.

“Paradigm – it’s a pattern or a model, a set of concepts that define a discipline at any particular period of time,” he explains. “As I was putting together the track list, it’s a lot of house-influenced music with jazz nodes in there, but it kind of goes back and forth between this upbeat, house feel to darker tonalities to the lo-fi sound, and then back to the house. It’s like a pattern, literally.”

Making the album was a test of perseverance for Manu G who, thanks to the unpredictability of technology, lost his work along the way.

The song “Sway With Me,” though, saw a rebirth from that stressful ordeal. While showing some of his recently recovered projects to singer Dr. D, inspiration struck.

“When I showed him that beat, he was like, ‘Oh, I really like that,’ and he started singing to it. I was like, ‘Oh, I really like that!’ and he did his thing.” Lyrically, the song is about the past bubbling up into the potential future. “Dr. D woke up one morning to a text from a long-lost love telling him that he was in her dream the night before,” Gajanan explains. “It had been years since they spoke, so he told her that if he was in her dreams, then perhaps he ought to manifest it in her reality so they could sway together [laughs].” 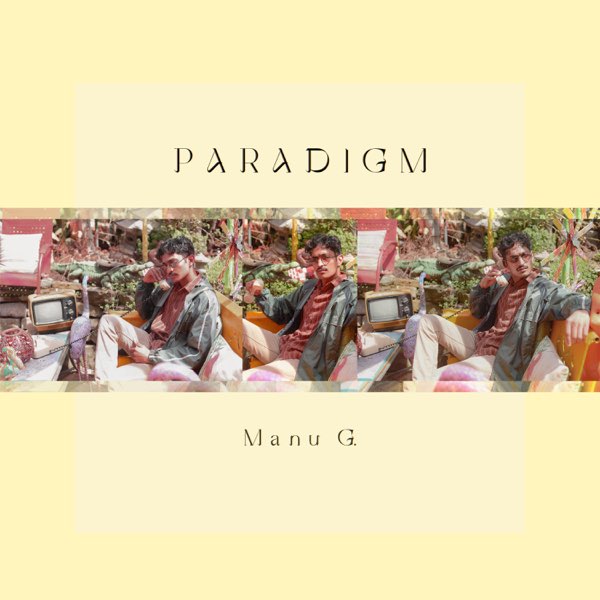