Don’t think too hard about how the Pittsburgh band Bad Custer got their name. There’s no big meaning behind it, it was just almost showtime at their first gig and they just didn’t have a name.

“We started texting each other various band names,” said Bad Custer band member Jesse Davis. “We have a giant list of a hundred-some band names somewhere. Not that Bad Custer was the best of them, because there are better band names, but it was the first one that we were like, “Eh, that will work.” So, we played the show with that name and it stuck.”

What’s most interesting about Bad Custer is what they sound like. It’s hard to describe, but Davis says they pull from the wide-reaching world of Rock-n-Roll. It’s not an easy task, but for Bad Custer, it seems to come naturally.

“It’s the most tight group of musicians I’ve ever played with, by far. We don’t really need to talk too much about what we’re going to do. It’s pretty great. I’ve never had a collaborative creative experience quite like it,” Davis said.

Their latest album – Bad Custer Needs Work – is a fun listen. There’s a lot going on, musically and lyrically, with inside jokes, running themes, and, on the song “Lies Of The Few” – an appearance from Western Pennsylvania music royalty.

“I was going for this, like, 80s Petty thing,” Davis said. “It’s real synth-heavy and has this muted guitar, but I really couldn’t get the muted guitar part right. Jake Hanner – who recorded our album – got his dad, Dave Hanner from Corbin/Hanner, to play that guitar part.”

It’s an epic song. Those bright synths and muted guitars are juxtaposed with really dark lyrics. Davis explained that when he was writing the song he was reading a lot of Neal Gaiman’s “Sandman” and the character called “The Corinthian,” who is a serial killer.

Learn more about Pittsburgh music during the Pittsburgh Music Hour, Monday nights at 9 p.m. on 91.3 WYEP. 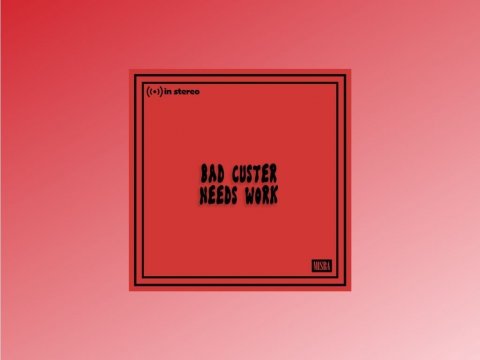