Pittsburgh singer Kelsey always wanted to be in a high school musical, but she never got the part.

“(They) were the biggest deal when you’re a teenager,” she said. “I was always told, ‘You’re too this or you’re too that.’ There was always an excuse as to why I didn’t get the part. I think that rejection early on just made me want to work harder.”

Kelsey has one of those voices that just sticks to your ribs. She’s always had a love for music and grew up singing with her dad. She wrote her first song by the time she was 13.

Whether or not her high school saw her potential soon became irrelevant. During her senior year, Kelsey was accepted into the Pennsylvania State Jazz Choir – an exclusive program for aspiring singers that only accepts 20 kids each year.

“That was a huge deal,” she said. “It was like one door was closing and another was opening.”

After that, there were quite a few more doors to try. Kelsey attended a music conservatory after high school, but dropped out soon after. She said the rigid routines of music school didn’t quite fit with the way she creates.

“I tend to vent out all of my emotions when I’m singing. Music is definitely a therapy session for me,” she said.

Kelsey certainly puts it all out there on her latest single, “Cold Rain,” which she wrote in the space between her former and current lives.

“’Cold Rain’ was written during that uncertain time when I didn’t really know what I wanted,” she said. “When you don’t know what you want and you’re second guessing your path, you tend to be unhappy. I’m from Pittsburgh, but I hate the rain. I wrote the title because, to me, cold rain is, like, the worst possible thing. Basically, what the lyrics are saying is, can we feel love still even when we’re in an uncertain time or even when we’re in a time where we’re doubting ourselves.” 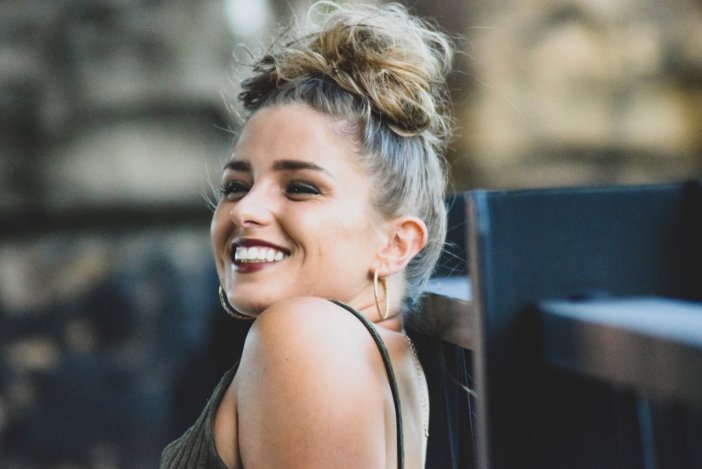