Evan Isaac works hard at making music. The Pittsburgh native started playing in bands in high school and kept at it when college took him across the country. Now, after returning home almost 5 years ago, he’s been focusing most of that energy on himself. Evan is the kind of artist who trusts his intuition, but also realizes that intuition isn’t instinct, and it must be nourished. “When you’re really tuned in,” he explains, “it can feel really easy to create things, but it’s something that you have to cultivate all the time, or you can lose connection with it.” Evan makes it a point to exercise that muscle with intentional writing. His songs are not typically first drafts. “I start one session,” hey says, “work for a while, and then take a break and then start a new session. The second one, for some reason, usually is better. The first one is to just get all of the mental clutter out of the way.”

Another way he keeps his musical senses finely tuned is through working with other people. “Oh, I love collaborating,” he exclaims. “That adds a whole other aspect of being able to let go of your ideas when you really like them, if they’re not working.” His latest full-length album, Dogwood Dignitaries Listen To The Baby, brings us the song “Love Always Surrounds Us” – a bouncy, playful, harmony-filled call for human connection. “That song,” he explains, “it’s sort of about being open and letting anyone who wants to reach out to you, to just say that you’re there for them and sort of putting a light-hearted spin on that idea. Music can connect you to moments that you didn’t even remember that you had.”

Learn more about Evan Isaac here and check out the video for “Love Always Surrounds Us,” shot in his apartment in Homestead. 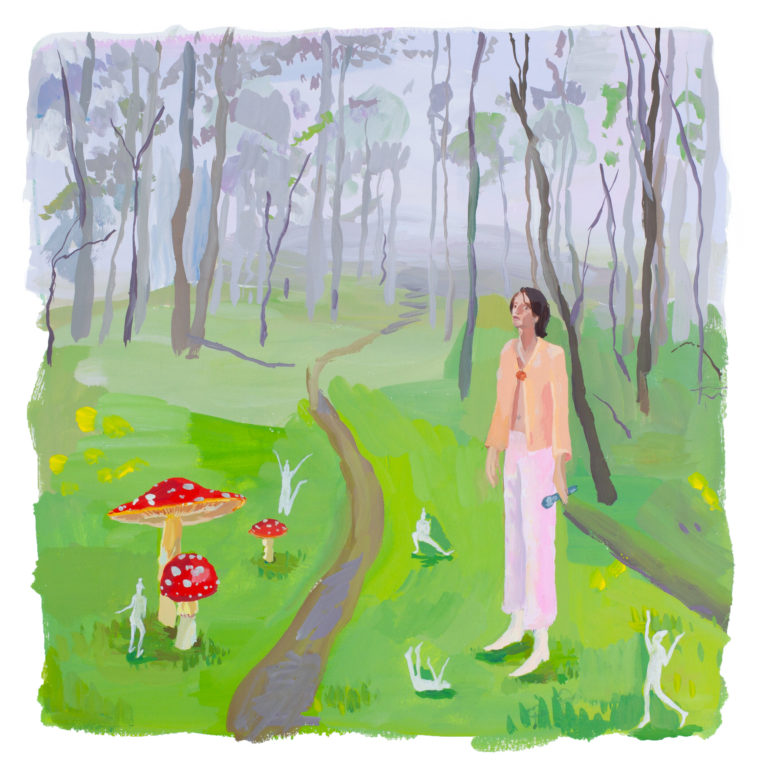