“A song can mean something to you and something completely different to someone else and that’s fine. That’s part of the magic of the whole thing.”

That quote comes from Brian Swed of the Pittsburgh band Cisco Kid. He’s right; music is very subjective. But, if there’s one thing we can all agree on, it’s that sometimes workshopping a song’s title is an important part of the process. The song “The Down Low” is a prime example of this.

“It really didn’t have a title,” he said, “Until the very last minute and we’d been playing it for months so, it kind of had a working title which was some raunchy innuendo stuff that I can’t say on the radio.”

“So,” she said, “‘The Down Low’ had an original title that was too dirty for us to keep.”

Swed added that, “It’s just what we called the song just so we had something to call it.” Twigg added with a chuckle, “We do still write it on our setlists, though.”

You’re not going to hear that original title from me, though I’ll admit, it really made me laugh.

“The Down Low” comes from Cisco Kid’s latest release Tangled In Sin. That album name is like a good song title, its intrigue draws you in. According to Twigg, it didn’t quite click with her initially.

“At first,” she said, “It did feel like a bit much to me as an album title, but the whole album is pretty heavy with religious themes so, at some point, we were all just kind of like, ‘Okay, let’s roll with it.'” Swed was quick to add that, for him, “Most of all, it sounds really cool.”

“The Down Low” is an Aretha Franklin-inspired country rock tale of, according to Twigg, “A trucker west, ahem, transporting illegal goods from Mexico to California. Eventually the cops get involved and there’s a car chase.” We won’t spoil the whole thing for you.

Take a listen for yourself. 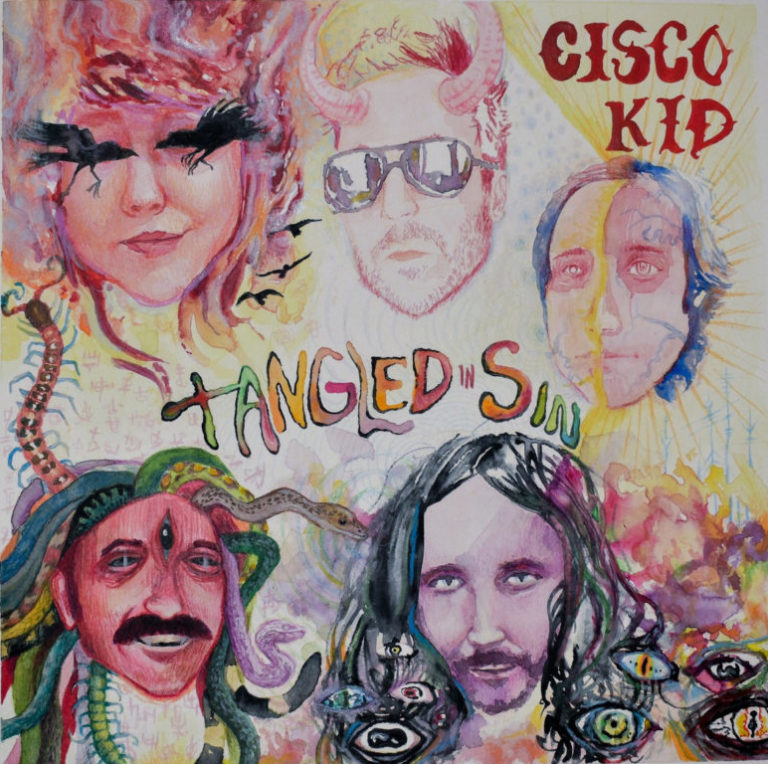