Cam Chambers grew up in New Kensington, just north of Pittsburgh. His family was involved in church which meant he was always surrounded by music even when it wasn’t taking up all of his attention.

“I was doing it a little bit in high school, he explains, “But really not too much because I was interested in basketball. But then I got to college and I really started to take it seriously. I started taking some classes and then I had a cover band. I started a cover band, but in school I was also choir director of the gospel choir just because of the church roots I had growing up. So, I was able to apply that in school, but I was just having fun on the side with friends.”

Being in that cover band proved to be a major boon in Cam’s development as an artist.

“Every moment that you’re gigging,” he explains, “You kind of look at it as work, but it’s also a time to just sharpen your skill. It’s just all artist development, you know. People don’t look at it that way, but it just depends how you work your situation. For me, that’s how I looked at my situation and I just kind of had to wait for the album until I was ready.”

The album is Prodigal – an immersive work that plunges you into center of Cam’s story, but would he go so far as to call it a concept album?

“It is a concept album, man. It’s a concept I’ve been working on for a while, you know? It’s like when art duplicates real life, life after not being home pretty much, after high school,” he explains. “This is pretty much the whole thing of trying to find myself and finding my way back, just the whole essence of growing up.”

Making Prodigal was a monumental event for Cam Chambers and he’s confident it’ll move you, too.

“For so many years I was very hard on myself,” he says. “But then I just realized that every step could be a step in the right direction if I just want that to be, you know? It’s just a mindset thing, man, and it’s like I figured that out throughout the whole album. I feel like a lot of people have that moment in their life where, you know, it’s like a crossroads of a lot of different directions. Once you pick on one, you just gotta really stay on that true path and people can relate to that.” 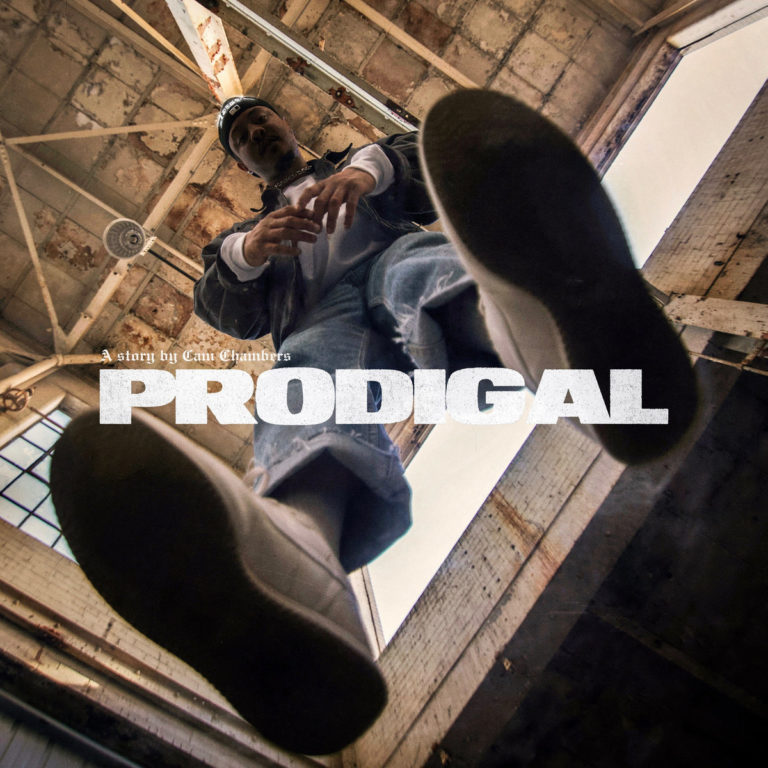