Bikini Islands are a Pittsburgh band who specialize in surfy, psychedelic, garage rock. Recently, though, the band has gone through some changes both sonically and personally. It becomes apparent when you hear their latest single, “Midnight Lizard.” For new member Dave Romero, “It seemed like such a departure, musically, from everything they were doing previously. What’s going on there? Am I listening to two different bands?”

Romero, along with fellow new guy Oskar Karst, had mixed feelings about joining a band in the middle of a global pandemic. “It was a weird time to join a band, says Karst, “Because bands had nothing to do, but luckily Kyle had a whole bunch of new material ready to get laid down.” “In retrospect,” adds Romero, “It was almost the perfect time to join a band because you get to develop all these songs incognito, and then all of a sudden, shows pop up and you’ve got a fully formed, rehearsed band with new material.”

That new material includes “Midnight Lizard,” a song inspired by what Frank Zappa once so eloquently described as “the slime oozin’ from your TV set.” Front man Kyle Wacker was especially inspired by the concept of news as entertainment. “There’s all this stuff on TV that’s not necessarily to inform you,” he says, “But it’s there to entertain. Even, and especially, the news.” 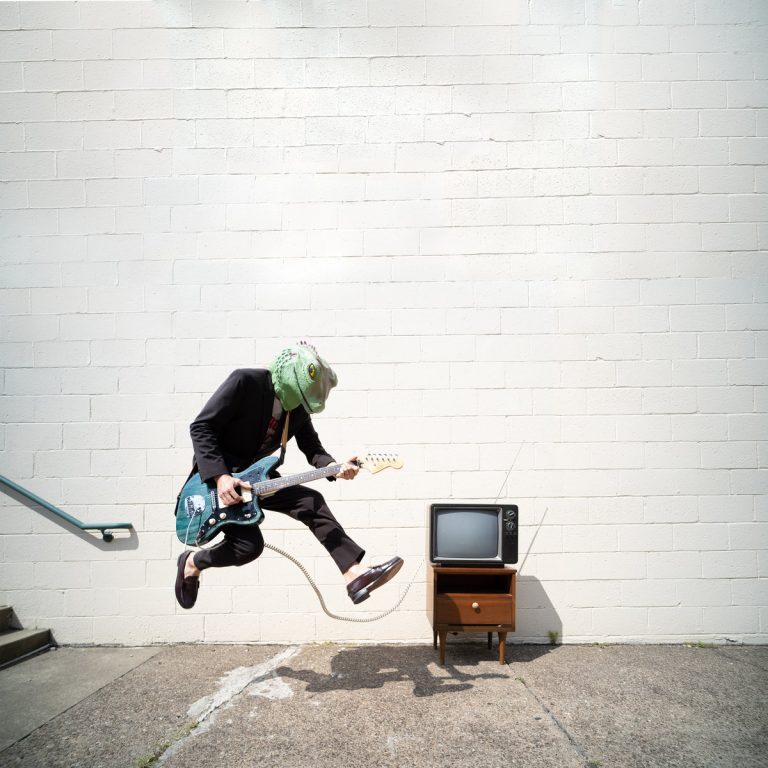