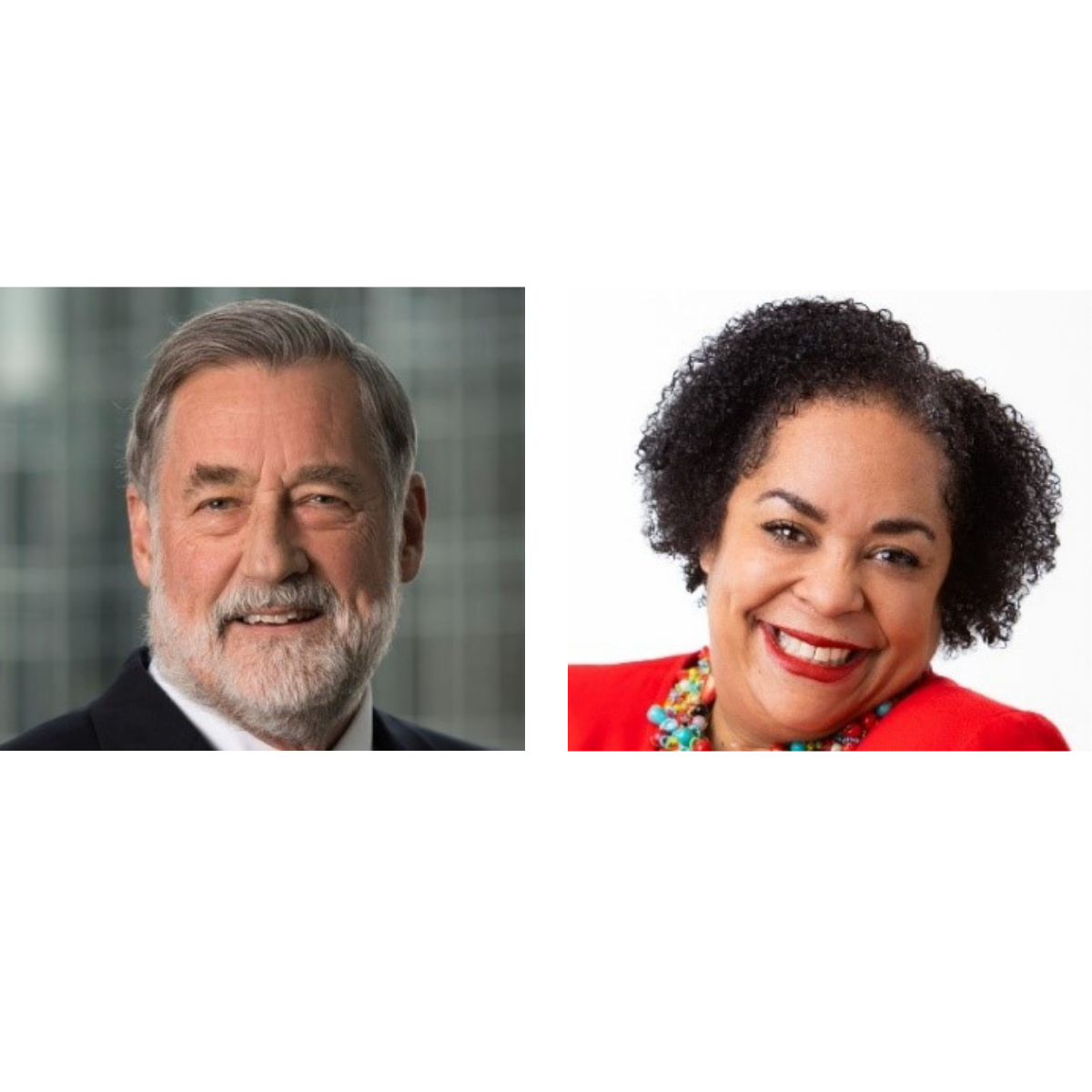 Pittsburgh Community Broadcasting Corporation, parent organization of 90.5 WESA, Pittsburgh’s NPR news station, and 91.3 WYEP,  elected a new slate of officers and welcomed eight new Directors to the Board at its December 2020 meeting, including the election of Maxwell King as Board Chair and Dina Clark as Vice Chair.

“Max’s remarkable career in journalism and in philanthropic leadership made him the ideal candidate for Board Chair at this important time for our organization,” Terry O’Reilly, Pittsburgh Community Broadcasting’s president and CEO noted. “In partnership with Dina Clark, the rest of the Executive Committee and our newly-expanded Board of Directors, we’re looking forward to an exciting year of growth and innovation in service to the communities of Western Pennsylvania

King, a long-time leader in the Pittsburgh philanthropic community and former editor of the Philadelphia Inquirer (from 1990-1998) was named “Pittsburgher of the Year” by Pittsburgh Magazine in 2020. Since 1999 he has been a key figure in southwest Pennsylvania, serving as President of the Heinz Endowment, Fred Rogers’ biographer, and most recently the President and CEO of the Pittsburgh Foundation, from which he retired just last year.

“Being elected to chair the board of Pittsburgh Community Broadcasting is an exciting return to my roots as a journalist,” King said. “90.5 WESA and 91.3 WYEP are invaluable resources for the region, providing important sources of local news and culture to our community.”

Dina Clark is the head of diversity and inclusion for Covestro, North America. Prior to joining Covestro in 2015, she served as the senior director of the Center for Race and Gender Equity at YWCA Greater Pittsburgh. She joined the board of Pittsburgh Community Broadcasting in 2019.

“I’m looking forward to continuing my service to Pittsburgh Community Broadcasting as vice chair,” Clark said. “This organization is critical to improving and enriching the lives of the residents of southwestern Pennsylvania and helping 90.5 WESA and 91.3 WYEP fulfill their missions is of the utmost importance.”

In addition to King and Clark, eight new directors were elected for three-year terms on the Pittsburgh Community Broadcasting Corporation Board:

Connelly, a Shareholder at Strassburger McKenna Gutnick & Gefsky, is an experienced civil litigator, employment lawyer, and education lawyer. Previously she served for nearly two decades as an executive administrator and in-house litigation counsel for the University of Pittsburgh. Her responsibilities as Vice Chancellor included the development, oversight and coordination of university-wide efforts relating to Institutional Equity, Title IX (sexual misconduct), Affirmative Action, and Digital Accessibility. Outside of her legal practice, Connelly is passionate about live music, civil rights and engagement, and support of the arts.  She lives in Mt. Lebanon with her two children.

Egerman has more than 30 years of experience in the commercial real estate industry. He is a Principal at Colliers International Pittsburgh and was previously a Principal at NAI Pittsburgh Commercial. He began his career as a member of the brokerage staff of Cushman & Wakefield.  Egerman has served as Chairman of FamilyLinks Board of Directors, and has served on the boards of Animal Friends, Parent & Child Guidance Center, the Pittsburgh Metropolitan Area Hispanic Chamber of Commerce, and the Rivers Club.

Gibbs is co-founder and CEO of Meter Feeder Inc. of Braddock, PA, a company that predicts parking availability, and enables vehicles to pay for parking with no human interaction. A native of Long Island and a short-term resident of Silicon Valley, Gibbs fell in love with Pittsburgh during his time as a student at Carnegie Mellon University and knew he wanted to base his company in Braddock. He previously was a front-end developer for American Eagle Outfitter and USA Today and worked as a scientist at Brookhaven National Laboratory. He is a Y Combinator alumnus.

Hill is a contributing opinion writer at the Pittsburgh Post-Gazette. He served for 14 years as Vice Chancellor of Public Affairs at the University of Pittsburgh, the chief communications officer.  Prior to joining the University of Pittsburgh, he served as vice president for university advancement at California University of Pennsylvania. During his 21 years at Syracuse University, Hill served as the vice president for affirmative action, program development, and public relations. A member of the board of the Heinz History Center, he has served as a board member of the Urban League of Greater Pittsburgh. He earned a certificate in Management at Harvard; a Master of Science degree with honors from Manhattan College; a Bachelor of Science in marketing from New York University’s Stern School of Business; and an Associate in Applied Science degree in business technology from Borough of Manhattan Community College.

O’Malley is a strategic communications professional who most recently led internal communications for Uber’s Advanced Technologies Group (ATG), following five years of public service for the City of Pittsburgh in Mayor William Peduto’s Office. Prior to joining the public sector, she was a radio and TV host for the Pittsburgh Penguins. O’Malley worked in sports and entertainment for 12 years including stints in the MLB, NCAA, NFL, NHL and work with two regional sports television networks. Born and raised in Pittsburgh, she holds a BA in Journalism from the University of Colorado Boulder.

Pollock is an Executive Vice President of the Retailer Services Group at CBRE. With his extensive market knowledge and 31-plus years of real estate experience, he provides corporate real estate services to major retailers and developers throughout the country.  Pollock’s years of extensive community service includes Chairman of Redevelopment Authority of Allegheny County, member of the Mayor’s Downtown Task Force, board member of the Pittsburgh Downtown Community Development Corporation, and chair of the International Council of Shopping Centers (ICSC) Pittsburgh. He is a founder and owner of the Burgatory restaurant chain. Pollock is a graduate of Kenyon College.

Scranton serves as the sixth executive director of The Pennsylvania Society.  She comes to the Society with experience in non-profit membership organizations, most recently at the University of Pittsburgh’s Institute for Entrepreneurial Excellence and prior to that, at the Pittsburgh Technology Council. Scranton has lived across the Commonwealth in Scranton, Harrisburg, Philadelphia, and Pittsburgh. She is a graduate of Smith College and lives with her husband and two sons in Pittsburgh.