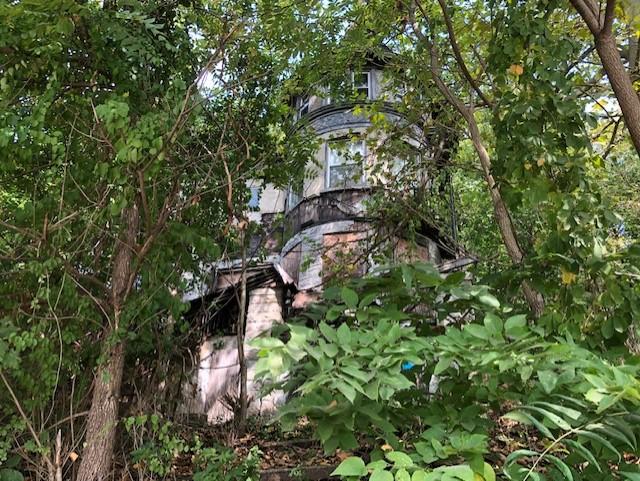 The run-down Victorian house on Apple Street, in Homewood, might escape notice save for the historic marker out front. But its boarded-up windows belie its status as one of the country’s 11 Most Endangered Historic Places.

That’s according to the National Trust for Historic Preservation, which last week honored what that blue metal plaque identifies as the National Negro Opera Company House.

Annually since 1988, the Washingon, D.C.-based nonprofit has issued a new list list to identify places “to tell the full history of our country,” said National Trust chief preservation officer Katherine Malone-France. “Because we feel like a truer national narrative is a firmer foundation for our shared values and our shared identity.”

The house on Apple Street was built in 1894, but its claims to fame began later, after it was purchased by William “Woogie” Harris, a black entrepreneur, underground-gambling mogul, and brother of famed photographer Charles “Teenie” Harris. In the late 1930s, a Black educator and classically trained musician named Mary Cardwell Dawson began using the house to give music lessons. Her students included the famed Pittsburgh-born jazz pianist Ahmad Jamal, who began studying with Dawson at age 7.

Dawson, who grew up in Homestead, also started a community choir whose distinctions included performing at the 1939 World’s Fair, in New York.

In 1941, Dawson was named president of the National Association of Negro Musicians. The National Negro Opera Company was born that same year, when Dawson staged a production of Verdi’s “Aida” for the Association’s national meeting here.

The Company wasn’t the nation’s first Black opera troupe, says Karen Bryan, a professor at the University of South Florida who studies African-American opera and is writing a biography of Dawson. But at a time when Black artists had very few professional opportunities in the U.S., it was pioneering.

“It was the first that was run by a woman,” said Bryan, “and it was among the few … that was totally managed by an African-American individual, an artistic director. So to have her doing both, performing both roles, was very groundbreaking.”

The Company’s stay in Homewood ended in 1942, when Dawson and her husband moved themselves and the troupe’s headquarters to Washington, D.C. But that’s when the house on Apple Street, still owned by Harris, began its storied second life as Mystery Manor — a social hub and boarding house for visiting Black celebrities. A few individuals who lodged there — again, at a time when accommodations for even famous Black people were limited — were jazz singer Lena Horne, heavyweight boxing champ Joe Louis, bandleader Cab Calloway, and Pirates great Roberto Clemente.

For its part, the National Negro Opera Company went on to national prominence. Bryan said it played a big role in Black music, and staged shows in New York City, Chicago, and Washington, D.C. “Dawson was committed to providing an outlet or a performing opportunity for African Americans who wanted to be on stage, and who wanted to sing opera,” she said.

Well-known singers who performed with the company included soprano La Julia Rhea, baritone William Franklin, soprano Camilla Williams, and baritone Robert McFerrin. The latter was the first Black male singer to have a contract with New York’s Metropolitan Opera. (He is also the father of jazz singer Bobby McFerrin.)

The National Negro Opera Company lasted until 1962. During its 20 years, Bryan said, it worked with 1,800 individual performers, a number Bryan calls “astounding.”

What the National Trust’s designation means for the Opera Company House remains to be seen. The building, which sits on a wooded hillside at 7101 Apple St., eventually fell into disuse and disrepair. The large lot is overgrown. In 2000, it was purchased for $18,000 by Pittsburgh residents Jonnet Solomon and Miriam White, who planned to turn it into a museum and arts center. (White has since died.) Two decades later, despite efforts to clean up and secure the property, it remains dilapidated.

Solomon said she considers it a victory that the building is still standing, though many of its interior fixtures have been stripped during break-ins over the years. She said another challenge was simply educating the public on the building’s story, an effort that’s produced a WQED-TV documentary and a smattering of news articles. But Solomon said efforts to raise funds for the renovation have come up dry.

The Trust’s Malone-France said the designation could help. She said that of the approximately 300 sites the Trust has designated as “endangered” since 1988, only 5 percent have been lost.

Other places on this year’s list include a house in Riverside, Calif., that was the subject of a landmark court challenge to racist and anti-immigrant property laws; an historic district in Ponce, Puerto Rico; the historic capital of the Monacan Indian Nation, in Columbia, Va.; and the church in Chicago where Emmett Till’s open-casket funeral was held. A complete list is here.

Solomon, too, said the designation could help. “Now that more people know about [the house], it will be easier to execute our strategy of fundraising and turning the space into a museum,” she said. “Sometimes when you’re local and you’re right there, it doesn’t seems as big as other things. But when a national organization recognizes you, sometimes the local organizations start paying more attention.”