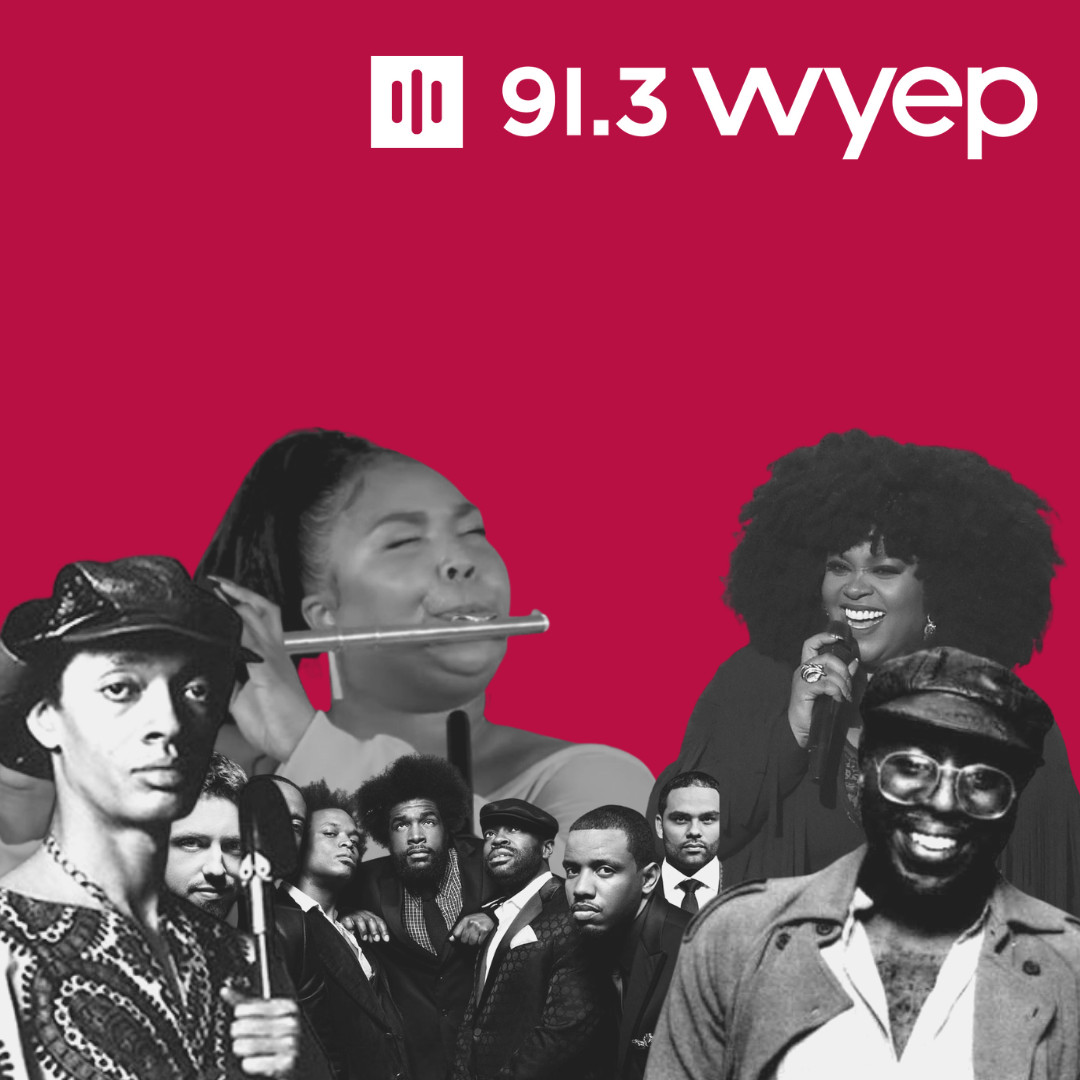 Throughout February, WYEP is taking a look at some important Black songwriters that had left a mark on the music landscape. We have Spotify playlists for each songwriter so that you can explore their music.

Sam Cooke
Sam Cooke has long been referred to as The King of Soul, and as the inventor of soul music. Before his tragic death at the age of 33, Sam Cooke focused on writing singles, as he penned most of the thirty, Top-40 chart hits in the U.S. as well as three more singles, that became hits, posthumously.

Cooke was not only a leader in writing timeless hits, he’s recognized as one of the first Black performers to get involved in taking charge in the business aspect of his career by creating his own record label, SAR records, and his own publishing company. In 1987, Sam Cooke was inducted into the Songwriters hall of Fame.

Sam Cooke was inducted into the R&R Hall of Fame as a Charter member in 1986, and again in 1989 for his work as a member of the Soul Stirrers.

He is still the only artist to receive Grammy Awards for Album of the Year, for three consecutive records in a row.   Wonder’s creativity during the ’70s garnered him the label of “genius,” and truly helped shape the future of pop music, and pushed R&B away from singles and into creation of albums.

Stevie Wonder is a Member of the Rock n Roll Hall of Fame, Songwriter’s Hall of Fame, and was involved in the campaign to make Martin Luther King Jr.’s birthday a Federal holiday in 1980.  In 2014, Stevie Wonder received The Presidential Medal of Freedom.

Donny Hathaway is perhaps best known for his hit duets with Howard University college friend Roberta Flack.  However, his compositions on solo releases represent some of seventies R&B’s most important material.

Hailing from St. Louis, Donny Hathaway attended Howard before becoming a producer, session musician and songwriter at Curtis Mayfield’s Curtom Records in Chicago.  After being discovered by King Curtis, Hathaway signed to Atco Records.  His first album, “Everything Is Everything,” featured covers as well as his own songs.  “Extension Of A Man,” his fourth release, is perhaps Hathaway’s crowning songwriting achievement, including “Someday We’ll All Be Free,” an anthemic song on par with Sam Cooke’s “A Change Is Gonna Come.”

Rufus
The Chicago band Rufus, featuring Chaka Khan as lead singer, had four consecutive number one R&B albums and numerous hit singles. The Stevie Wonder-penned “Maybe Your Baby” was covered on their first and self-titled album.  On their second and much more successful “Rags To Rufus” release, Chaka’s songwriting emerged front and center, with the huge hit “Tell Me Something Good.”

KRS-One
Lawrence ‘Kris’ Parker best known by his most used stage name, KRS-One. He left home as a teenager, lived in a Bronx homeless shelter at 16, and pursued his goal to be an MC, getting his start as one-third of the hip hop group Boogie Down Productions in 1987.

Early is his career with Boogie Down Productions, KRS-One formed the Stop The Violence Movement to address violence in Hip-hop and African American Communities and released “Self Destruction” benefit single

KRS-One is credited with influencing many top rappers over the past three decades, and being one of the first MC’s to connect and popularize Jamaican music with American hip-hop. He’s also appeared in over thirty films, an author of four books, and a motivational speaker.

Weldon Irvine
Weldon Irvine, Jr., also known as Master Wel, was a songwriter, composer, playwright, poet and keyboardist born in Hampton, VA in 1943. Transplanting to Queens, NY in his early twenties, Irvine composed over 500 songs during his lifetime. During his tenure as Nina Simone’s bandleader, Irvine wrote the lyrics to what would become the de facto anthem of the Civil Rights movement, “To Be Young, Gifted and Black.” It was performed by Simone on her 1970 album, “Black Gold.” Documentaries, songs and entire albums have been created in tribute to Weldon Irvine, Jr. by Q-Tip, Madlib and others. He died in 2002 at the age of 61.

Curtis Mayfield
When any soul music historian lists the most significant songwriters, Curtis Mayfield’s name is always mentioned. He was a pioneer in the socially conscious movement. The singer-songwriter, musician and producer came into his own in his teenage years, joining Chicago group The Impressions. By his early twenties, he had already written one of the most socially challenging and uplifting songs of his generation, “People Get Ready.” This 1965 track is one of Rolling Stone’s 500 Greatest Songs of All Time. As a solo artist, Curtis Mayfield carried his themes as soundtracks to the big screen. Again, he attained Rolling Stone icon status, with the Superfly album designated as a Top 500 of all time.

Jill Scott
Jill Scott was born in Philadelphia in 1972. After several years of training to teach high school English, she set her sights on spoken word performance. She was discovered by Questlove of The Roots, and they co-wrote “You Got Me,” which earned Erykah Badu and The Roots a Grammy. Scott continued to compose music for her own releases, earning platinum and gold sales on her first three albums, starting with “Words & Songs, Volume 1” in 2000. In 2012, the rapper Substantial released “Jackin’ Jill,” a tribute to Scott’s songwriting and singing. Along with her successes in musical performance, and later in film and television, Jill Scott is a philanthropist, and she still indulges in her first love, writing poetry.

Lizzo
Melissa Viviane Jefferson–the rapper, songwriter, singer and flutist–is better known by her performing name, Lizzo. Lizzo was born in Detroit, but began her recording career in Minneapolis in 2011, where she immersed herself in the music scene. Lizzo caught the attention of and worked with Prince on a music project in 2013. Lizzo became an advocate for self love and body positivity, which became the main theme and spark for her second album, Big Grrrl Small World. The writing was inspired by Lizzo taking part in the What’s Underneath Project, where stars removed their clothes and discussed feelings about their bodies.

The Roots
Black Thought and Questlove formed The Roots while in high school in Philly in 1987. They remain the two original members in a very fluid band. Things Fall Apart, in 1999 was regarded as the band’s breakthrough album but Phrenology really hits the mark as what Questlove has described as an “anti-Roots album” which moved them away from neo-soul. It showcases their writing from a first person hip-hop origin story, to a song that touches on a former member’s drug addiction, and the toll it’s taken on black communities. The Roots excel through collaboration. They’ve worked with Erykah Badu, John Legend, Betty Wright, Elvis Costello, and since 2009 have been the house band on Late Night and The Tonight Show with Jimmy Fallon.

Mike Canton, George Tarrant, and Kyle Smith all are contributors.