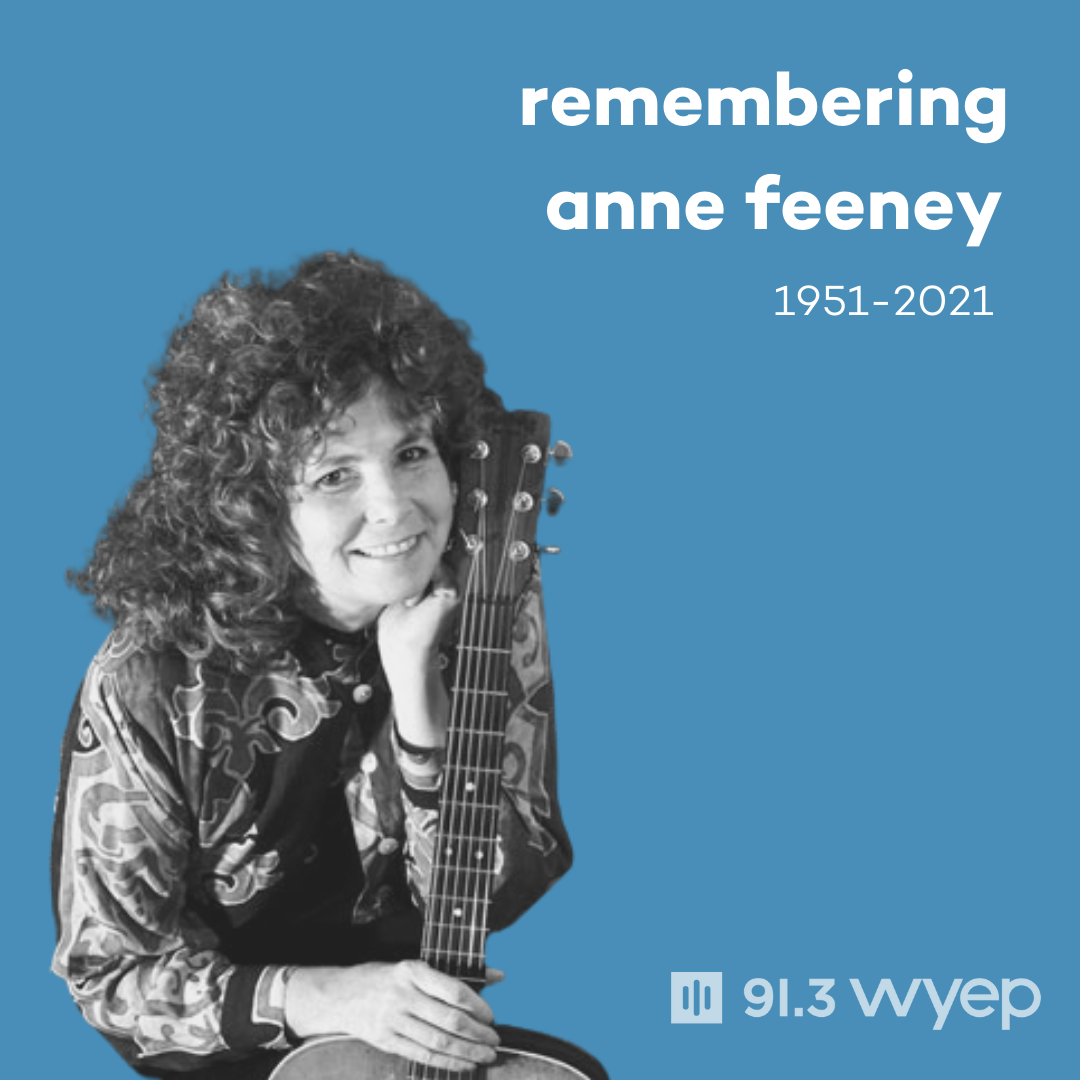 On February 3, we received word that legendary Pittsburgh folk musician and activist, Anne Feeney, passed away at the age of 69 from COVID-19. Anne was a force of nature, a true warrior who fought for social justice issues and expressed that and her music. She was a co-founder of Pittsburgh Action Against Rape. She worked 12 years as a trial attorney and served as president of the Pittsburgh Musicians Union. She was also president of a NOW chapter and served on the board of the Thomas Merton Center. During a 2017 WYEP interview, Anne talked about the interconnected nature of her music and activism:

“Well, I think that all social movements have depended on music to carry their message. and I can’t think of a major movement that wasn’t deeply involved in music. If you think about the student uprisings, you know, what would we have done without ‘four dead in Ohio?’ To this day that’s one of, I think, the most compelling lines in all of folk music: ‘what if you saw her dead on the ground? How can you run, when you know?’”

“I’m so blessed. I mean, I have a chance to do work that I love and run around with people that I care so much about, and whose company I enjoy, and travel to places that I love to visit and see dear friends and perform music that I love. And there have been many, many presenters over the years that have treated me badly, cheated me, or I had this big folk guy say, ‘Oh, we already have a girl in our series for this year’. That was a few years back, but even so it was so demoralizing, and there were lots of times that I’d be kicking myself on the way home and just say, that’s it I’m finished. I’ve got to get a job. But, it suddenly dawned on me that I haven’t had a W-2 job in a very long time. I guess this is my work.”

Anne may be gone, but her music and work lives on. From everyone at WYEP, we send our deepest sympathies to her family, friends, and all who benefited from her generous spirit.