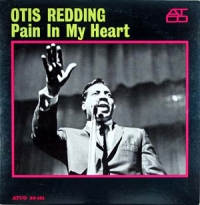 September 9, 2016 would have been Otis Redding’s 75th birthday. Redding died in 1967 just as his talents were connecting with a broader audience, but he left behind a great legacy of music. Let’s go through the best songs from the albums released during his lifetime, and a couple of the key posthumous releases.

(click on the song titles below to hear the music; find a Spotify playlist of all the songs at the bottom of the page)

don’t miss: “Pain in My Heart,” “That’s What My Heart Needs“